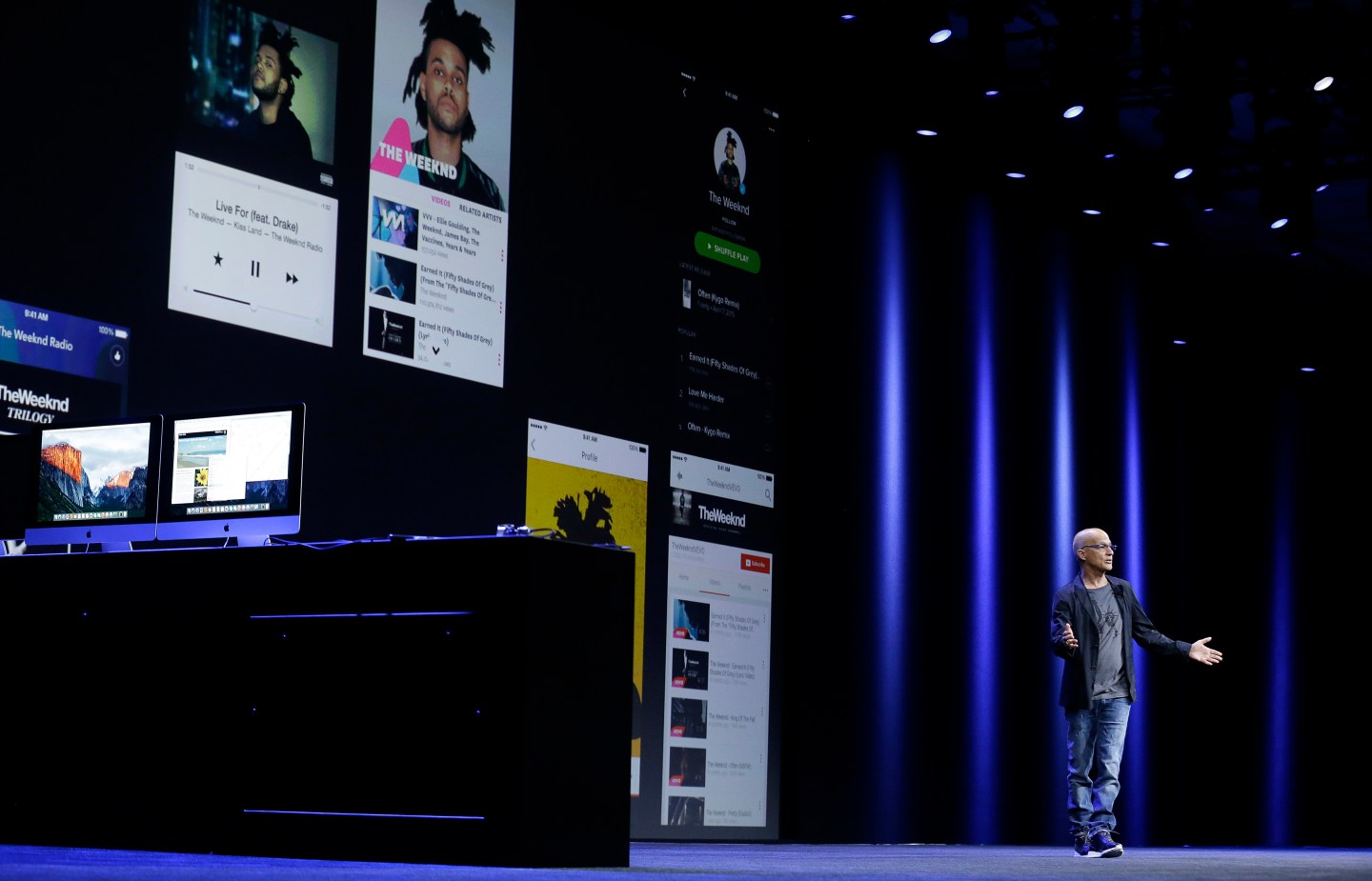 Apple Music (AAPL) may be a controversial product for those who crave the highest quality music, as the service’s streaming rate appears to be lower than the competition.

The Next Web reported Thursday that the bitrate for the new service, which will be released on June 30, will stream at 256kbps. That’s the same playback rate for iTunes tracks, but below Beats Music’s 320kpbs, and below those of its main competitors, including Spotify, Google (GOOG) Play Music and Tidal.

A higher bitrate, unsurprisingly, takes up more data, according to the site.

While the streaming rate is below what’s considered the industry standard, it may not be that big a deal ultimately. Most users probably can’t tell the difference between the two rates, the publication notes.

Per The Next Web:

Apple has confirmed 256kbps streaming, but not AAC. Beats Music uses MP3 streaming technology. While AAC streaming would typically be better than MP3, we don’t have confirmation of that technology for Apple Music.

The confirmation comes as Apple may be facing investigations in New York and Connecticut over the legality of the new service.