It’s not just Caitlyn: Transgender people are having their TV moment 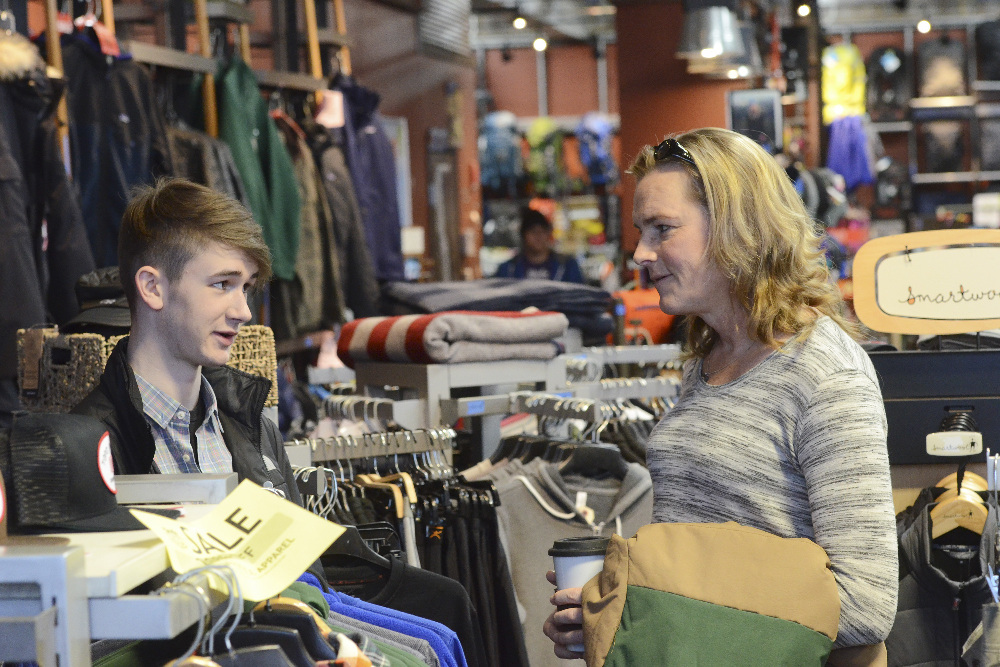 BECOMING US - The groundbreaking new unscripted drama series “Becoming Us” centers on a teenager named Ben who is learning to live with his dad becoming a woman. The series will follow Ben, his family and his friends as they support one another through this unexpected journey and navigate their new world with Charlie now living as Carly. The show is a generational story of a loving family and circle of friends supporting one another through this unfamiliar situation. “Becoming Us” will premiere on Monday, June 8th at 9:00 – 10:00 PM ET/PT. (ABC Family/Jean Whiteside) BEN, CARLY
Photograph by Jean Whiteside — ABC Family

The summer of 2015 is shaping up as the moment when transgender went mainstream — at least in the media. Only one week after Caitlyn Jenner revealed herself on the cover of Vanity Fair and nearly broke the Internet, the cable channel ABC Family on Monday aired its own reality show about a transgender man. Produced by Ryan Seacrest, the show, Becoming Us, focuses on a Chicago teen whose father has come out as transgender and is in the process of becoming a woman.

Landing smack in the middle of the cultural zeitgeist was a happy accident for ABC Family, a network known for its provocative teen fare, like Pretty Little Liars. “It is a luck of timing,” Tom Ascheim, president at the network, told Fortune, adding: “I would love to say that we were brilliant enough to have the foresight to know last fall that [Jenner’s Vanity Fair cover] was coming, and we also orchestrated this to be here at this time but of course we didn’t… I think (Jenner) is our most famous example of what is becoming a broader trend as the transgender community is coming out of the proverbial closet.”

In fact, several other networks will be airing shows — reality or otherwise — featuring transgender characters. Jenner’s docu-series I Am Cait premieres July 26 on E! — “Put it this way: I’m the new normal,” she says in a promo — while TLC will feature 14-year-old transgender activist Jazz Jennings and her family in a reality series, I Am Jazz, airing July 15.

Transgender actress Laverne Cox, who appeared on a groundbreaking cover of Time last year and is the first openly trans person to earn an Emmy nod, returns as inmate Sophia for season three of Netflix’s Orange Is the New Black on Friday. The critically-acclaimed Amazon drama Transparent — created by Jill Soloway and inspired by her own father’s transition at age 75 — won the 2015 Golden Globe for best TV series, musical or comedy, thereby increasing its odds to score an Emmy (or two) come September.

What stands out about this year’s crop of shows is that they aren’t aimed at the art house crowd — but mainstream viewers. ABC Family’s Becoming Us centers on suburban Chicago teen Ben Lehwald as he experiences his parents’ divorce and his father’s transition from Charlie to Carly. In the debut episode, Ben was supportive of Carly but also struggling with the loss of Charlie — a dichotomy recently seen on E!’s About Bruce special when Bruce Jenner came out to teenage daughters Kendall and Kylie. Against the nuanced personal drama, a respectful and big-hearted tone pervades: Ben, older sister Sutton and mother Suzy love Carly, and above all, want her to be happy, to be herself.

Ascheim told Fortune he has no worries about losing advertisers like the ones who previously balked at Pretty Little Liars, the dark and racy teen mystery and social media phenomenon that debuted in 2010 and has maintained strong ratings into its sixth season, raking in 2.38 million viewers for its sixth-season opener last week.

“We in fact were sold out through the summer when the show was premiering,” said Ascheim. “We had great support from commercial partners. I think our advertisers are seeing the same demographic trends that we are and they know that their young audiences and customers feel very strongly about the sort of equity around LGBT issues and transgender issues in particular … They’re marketers, they want to support their customers. They’re with us.”

The 20-plus advertisers for Monday’s premiere ranged from Applebee’s to Aveeno Daily Moisturizing Lotion, with spots geared toward young women. Noted Ascheim: “It’s always good to be on the right side of history.”

Pamela Post, head of original programming at Viacom-owned Logo, which makes content for lesbian, gay, bisexual and transgender viewers, praised Caitlyn Jenner as humanizing transgender people and making it more possible to air series like Becoming Us on mainstream television.

“Nobody in the business world can argue with 18 million viewers,” said Post, referencing the record numbers for Jenner’s sitdown with ABC’s Diane Sawyer that was filmed in February and aired late April. “And I think when people see what happened with the Caitlyn interview that they understand that there’s a natural curiosity and people are interested in the topic. Caitlyn’s made it safe. … If the audience is going to show up, I think advertisers will be there as well.”

“I got a call from Caitlyn Jenner to say ‘I just want to thank you so much for writing this show. I watched it. I watched the whole series three times. It really helped me,” remarked Soloway on Monday at the Banff World Media Festival, according to The Hollywood Reporter, adding: “To know the patriarch of the most famous family on the planet might have been impacted and able to come out and affect a whole planet of people who may be afraid to come out and tell their story, it’s mind-boggling.”

“I think ultimately the Caitlyn Jenner story has shown that there’s a marketplace for these stories well beyond Logo and it’s shown that people are curious and interested,” said Post, “and I think the fact that she’s opened up her life and story we’re likely to see more of these stories unfold in scripted and unscripted worlds, for sure.”