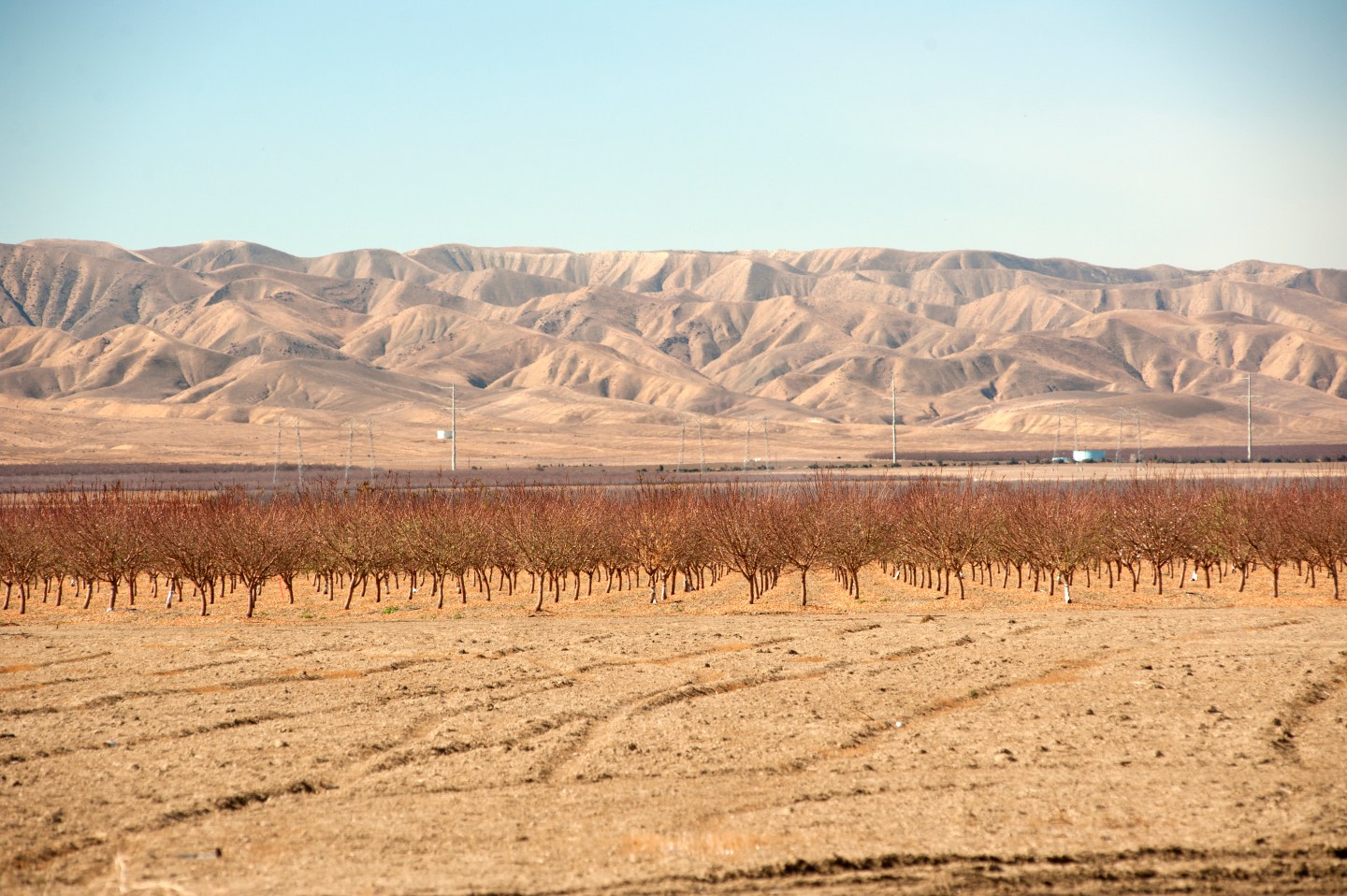 Wal-Mart Stores (WMT) is being criticized for sourcing some of its bottled water from a supplier that taps the faucets of a California city hit hard by the state’s four-year drought.

Earlier this spring, Gov. Jerry Brown signed an executive order requiring cities and towns across the state to cut water use by 25% in what is the first mandatory drought restriction in California history.

Compounding the pressure on Wal-Mart is that the CBS report came out the same day Starbucks (SBUX) announced it would stop sourcing its Ethos bottled water in California. The decision came a week after a report in Mother Jones magazine that showed how the coffee chain sourced water in areas that the federal government had designated as being in an “exceptional drought.”

Although controversial in dry times, it is common for municipalities to sell water to bottlers and use the money to subsidize local use. DS Services of America, Wal-Mart’s supplier, buys the water from Sacramento, then bottles it and sells it to retailers. Wal-Mart buys about 10% of the water DS sells. Other customers include large California grocers like Safeway.

“The drought in California is very concerning for many of our customers and our associates,” Wal-Mart spokesman John Forrest Ales said in an emailed statement. “We share those concerns and are tracking it closely. Our commitment to sustainability includes efforts to minimize water use in our facilities. We have and continue to work with our suppliers to act responsibly while meeting the needs of customers who count on us across California.”

Defenders of the practice say that bottled water represents a tiny fraction of consumption in the state, so stopping bottling won’t have much on an impact on overall water use. The International Bottled Water Association, an industry group, says that bottled water accounts for less than 0.01% of all the water used in the United States annually. Last week, the Los Angeles Times reported that the U.S. as a whole consumes a bit more than 10 billion gallons of bottled water annually compared with California’s total water use is 38 billion gallons daily, citing 2010 government data. But the Times report also notes that bottling plants may be responsible for the excess pumping of groundwater supplies on a local level.

For more about drought and bottled water, watch this Fortune video: