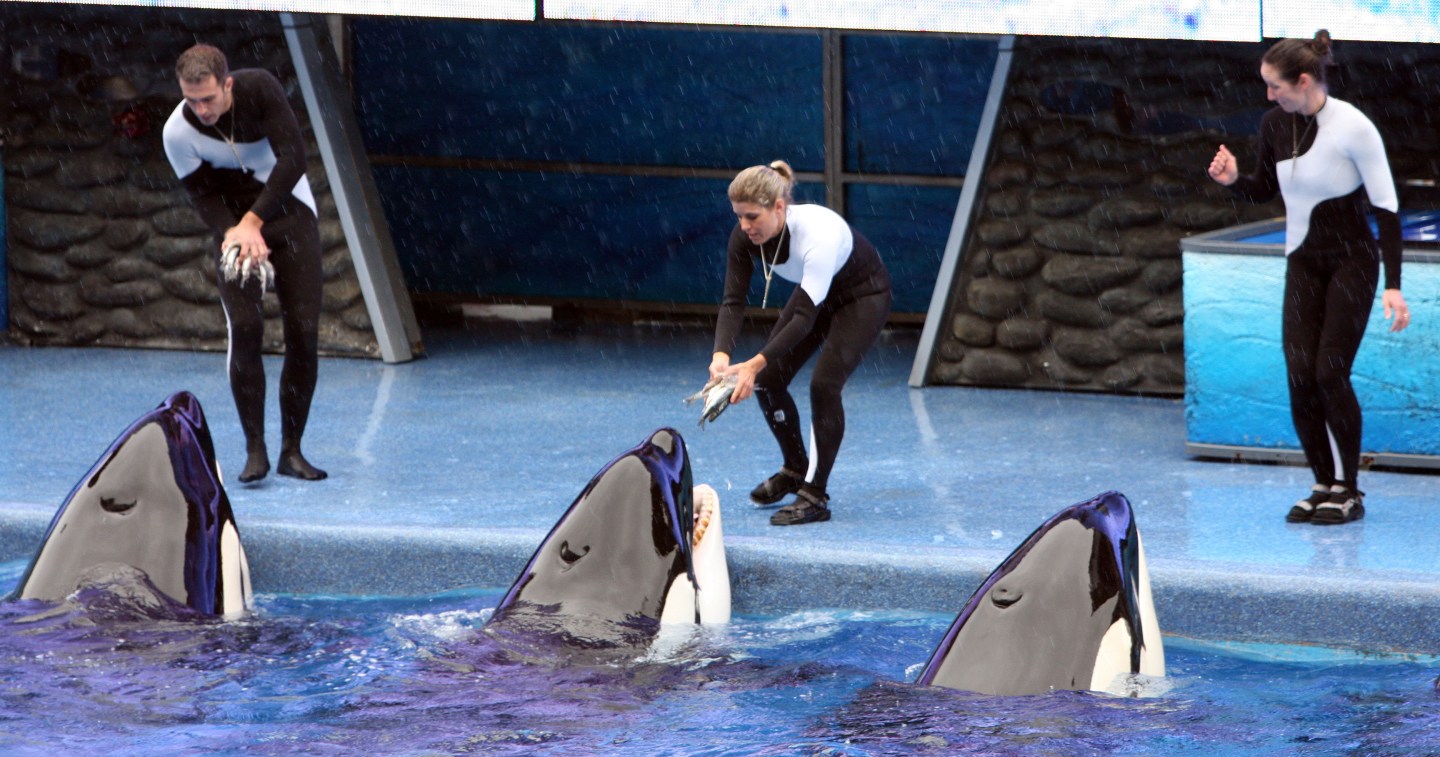 Let’s not call it a comeback quite yet, but SeaWorld (SEAS) saw some improvement in its theme park attendance this quarter.

Attendance at SeaWorld parks was up 5.6% year-over-year, according to MarketWatch. The first quarter is not a prime money-making time for the company — that would be spring and summer, when families are more likely to make pilgrimages to see Shamu — but still, the jump could be a sign that people are starting to forget about the copious bad press SeaWorld has received over the past few years.

Much of that bad press was due to the 2013 CNN documentary “Blackfish,” which showed what many people think are poor conditions for the animals at SeaWorld, especially the famous Orca whales.

And last month Mattel (MAT) said it has ended production of its SeaWorld Trainer Barbie doll. Mattel spokesman Alex Clark said production of the doll ended when a license agreement with SeaWorld Parks & Entertainment expired last year. He did not say why the deal was not renewed.

The increase in visitors helped SeaWorld close its earnings gap. The company lost $43.6 million last quarter, compared with $49.2 million the year before. Revenue per visitor was mostly static, with a small drop of seven cents.

People for the Ethical Treatment of Animals, one of SeaWorld’s biggest detractors, issued a statement doubting that this was a sign of a turnaround for the company.

“As forward-thinking companies sever ties with SeaWorld left and right—including toy giant Mattel just last month—it’s clear that SeaWorld’s now-wretched reputation makes it a risky investment,” Director of Animal Law Jared Goodman said in a statement. “SeaWorld continues to operate at a loss of millions of dollars, while parks such as Universal Studios have reported continuing financial success.”

If SeaWorld wants to prove to investors that it is really starting to turn around its business, it likely will have to continue to increase attendance, especially in the key vacation months when other options for family vacations, such as Disney (DIS) and Universal parks, will also be looking to increase attendance.
[fortune-brightcove videoid=4131691504001]