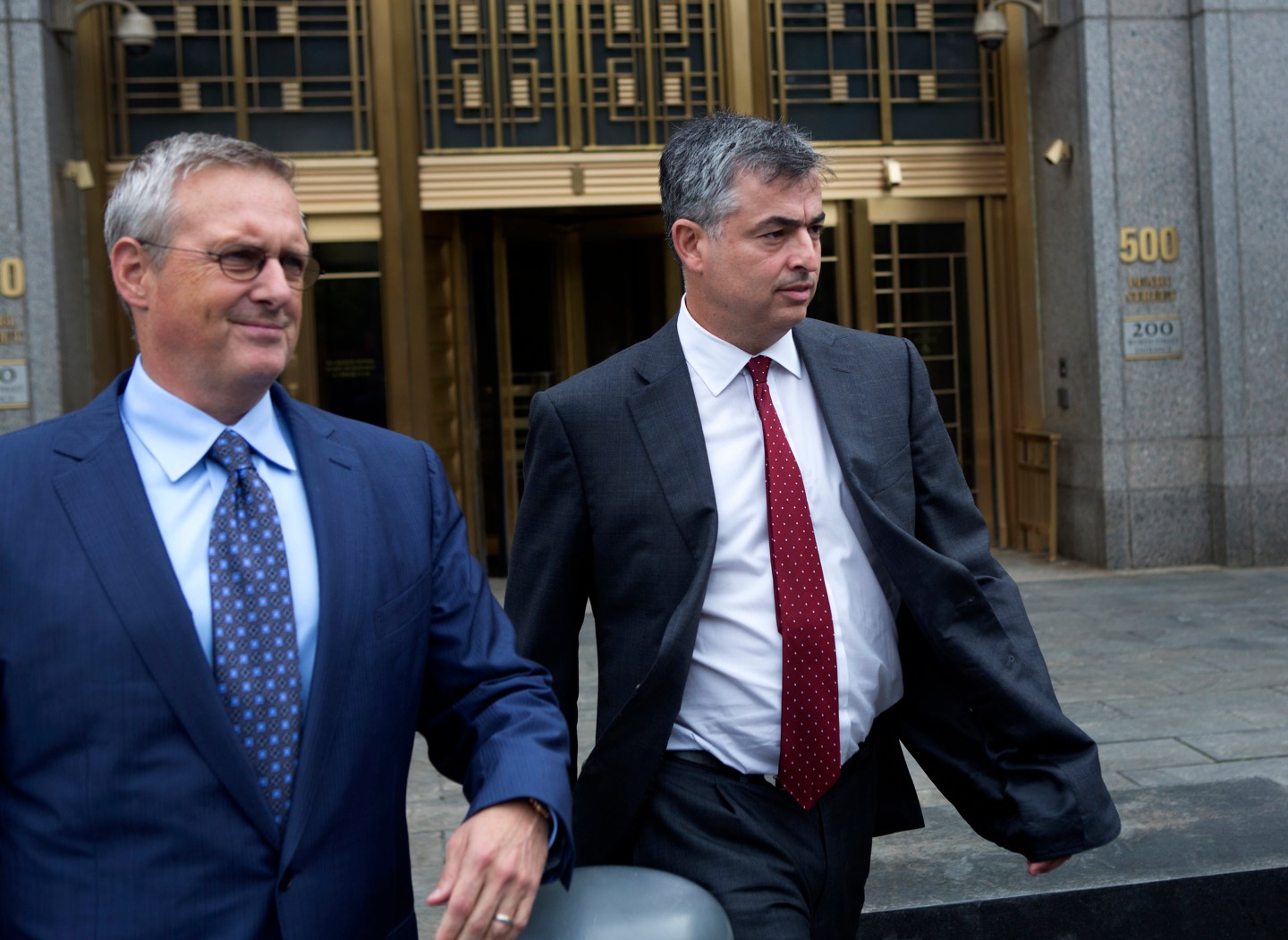 Eddy Cue, the Apple Inc. executive the government claims was the "chief ringleader"of a scheme to fix e-book prices, right, exits federal court in New York, U.S., on Thursday, June 13, 2013. Cue said he was unaware that publishing chief executive officers were talking with one another during six weeks of intense negotiations with Apple. Photographer: Victor J. Blue/Bloomberg via Getty Images
Photograph by Victor J. Blue — Bloomberg via Getty Images

Bloomberg on Wednesday confirmed The Verge’s report earlier this week that the FTC is “scrutinizing” Apple’s tactics as it cuts deals with the music labels ahead of the expected launch of a new music streaming service.

But the Bloomberg report stopped short of accusing the company of trying to squeeze out the competition, as the Verge had it, by demanding that the labels “force streaming services like Spotify to abandon their free tiers.”

Apple hasn’t made such demands on the labels, according to the music-industry executives.”

The details of Apple contracts are, of course, a closely guarded secret. But thanks to the 2012 e-books antitrust case, and to the testimony of Apple’s chief content negotiator, Eddy Cue, we have a pretty good idea of what’s going on behind the scenes.

Cue, a hard bargainer from the Steve Jobs school, claimed on the stand that he has participated in “tens of thousands” of media contracts over the years, and that he always sticks to the same game plan. He…

In the e-book case, the Department of Justice made a big deal out of the fact that with the iPad launch fast approaching, Cue kept the major book publishers apprised of how many of their competitors had come on board.

The DOJ also saw evidence of a “per se” antitrust violation in the fact that the contracts the publishers signed with Apple forced Apple’s chief competitor — Amazon — to change its business model and raise the prices of its bestselling e-books.

Cue offered no apologies. Of course those e-book prices went up, he told the court. But that was the publishers’ doing not Apple’s. “I gave them the opportunity to raise their prices,” he said.

That’s perfectly legal, Apple’s attorneys argued, because Apple is a distributor of e-books (a vertical player) — and not a publisher (a horizontal player).

A federal judge saw it differently and ruled that Apple was an active participant — the ringleader, in fact– in an illegal conspiracy. Apple appealed. A decision is expected within a few months.

It’s hard to tell from this week’s news reports whether Cue — with the FTC and a court-appointed antitrust compliance monitor looking over his shoulder — has changed his game plan, or whether at Apple it’s business as usual.