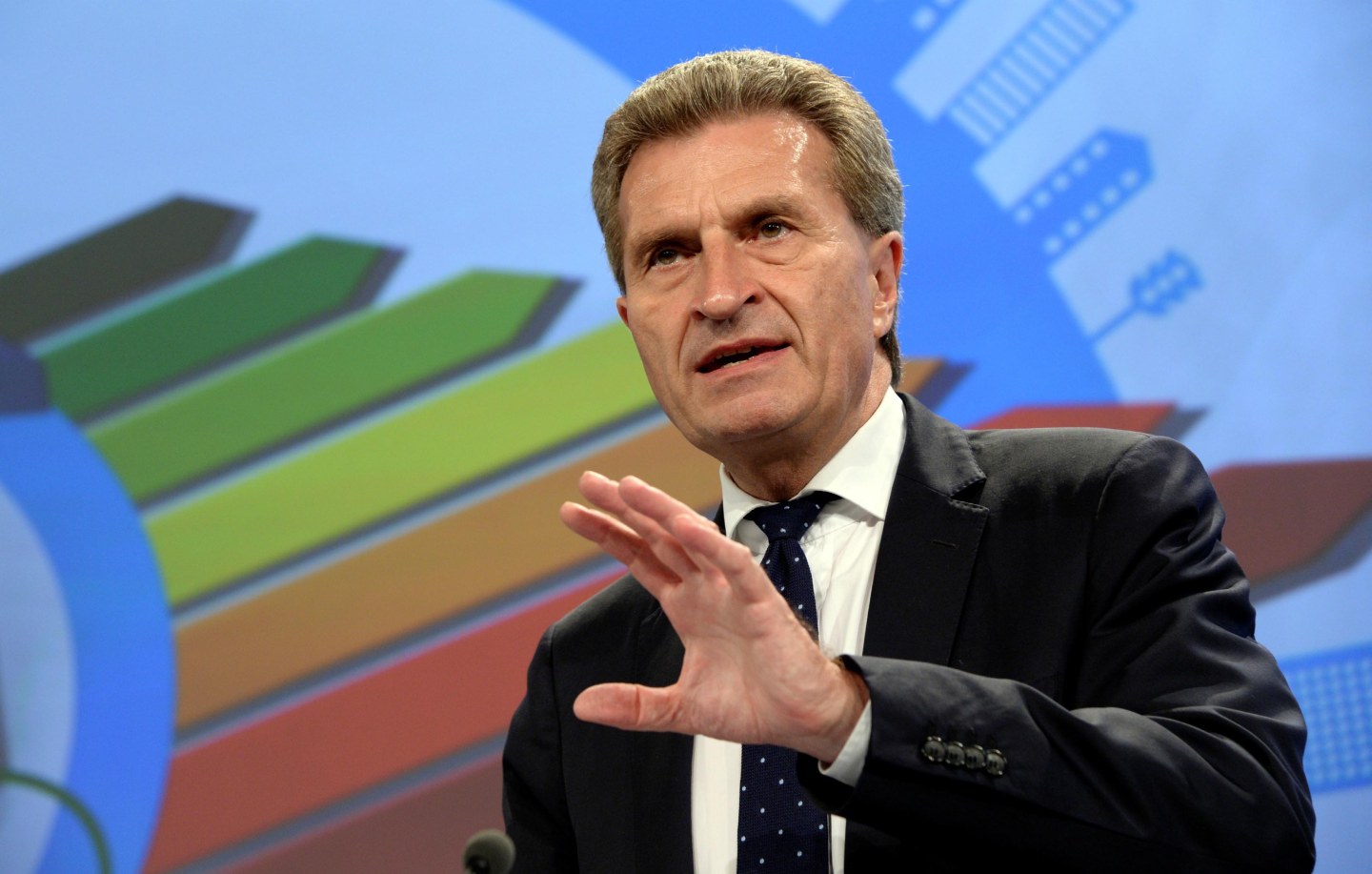 Wall Street stock futures are higher this morning, with energy stocks benefiting from crude prices hitting a new high for 2015 of nearly $62 a barrel.

Today’s must-read story is by Fortune’s Claire Zillman and it details why McDonald’s turnaround plan is bad news for workers expecting the corporation’s recently-promised pay raise.

The European Union will announce a wide-reaching strategy document on its Digital Single Market today, which is likely to take a close look at how big technology companies like Google (GOOG), Amazon (AMZN) and Facebook (FB) use their market reach. The EU is considering whether to regulate such companies more tightly following calls from France and Germany for stricter rules for so-called “essential digital platforms,” including everything from major social media sites to e-commerce platforms. The document is supposed to be a roadmap for future legislation, rather than an effort to enforce existing laws via penalties, like the EU’s recent antitrust investigation of Google.

2. China needs a Bud. So does Brazil.

Anheuser Busch-Inbev posted a forecast-busting 6.2% rise in revenue in he first quarter thanks to solid growth in key emerging markets. Sales of Budweiser were up 6.2%, despite the continued slow erosion of its market in the U.S.

The two finance bigwigs show up today at the Institute for New Economic Thinking Conference on Finance and Society, hosted by the International Monetary Fund in Washington. The event, which kicked off Tuesday, focuses on how the financial system can be re-imagined to improve accountability and advance the goals of a global society. The conference will bring together leaders from academia, central banks, regulatory and governmental bodies — including a large number of prominent female speakers this year. In addition to Yellen and Lagarde, Massachusetts’ Senator Elizabeth Warren and Federal Reserve Bank of Kansas City President Esther George will also grace the stage.
[fortune-brightcove videoid=4206843559001]

The electric car maker reveals its quarterly results after the market bell today, and investors will be awaiting more details on what Tesla has planned for its newest line of business: home and commercial batteries. Tesla (TSLA) unveiled its new initiative at an event last week as it makes its first move into energy storage. Some investors may worry that this new line of business could distract the company from its focus on its electric cars. Analysts expect Tesla to report a quarterly loss of 50 cents, when adjusted for one-time expenses, on sales of $1.04 billion.

ADP releases its National Employment report on private-sector hiring in April at 8:15 a.m. ET. It’s likely to show 200,000 job gains among firms of all sizes, a gain over March when firms added 189,000 to private payrolls. The reveal will whet investor interest in the more comprehensive jobs report to come on Friday morning from the U.S. Labor Department, which economists’ anticipate will reach 228,000 job gains. That would be a significant bounce back from March when gains hit a measly 126,000, the worst monthly showing since December 2013.