Dr. Pepper: A scrappy survivor in a sea of struggling soda giants 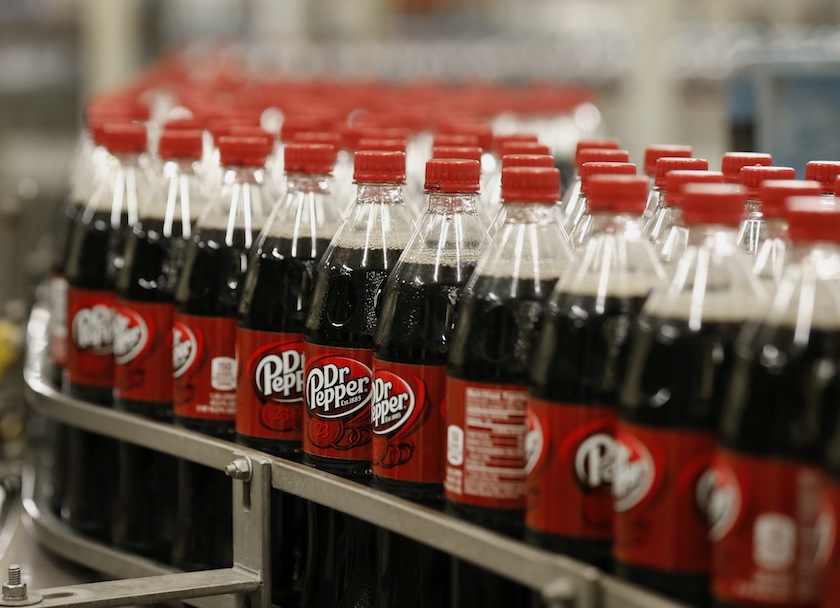 For decades, there were few things more quintessentially American than taking a gulp, or many more, of fizzy soda at parties, at home, at barbecues, at picnics, at movie theaters— really almost anywhere. Coca-Cola (KO) and Pepsi (PEP), with memorable slogans like “Share a Coke” and “Live for Now,” vied relentlessly for soft drink supremacy.

While it is far smaller than its giant rivals, Dr. Pepper Snapple (DPS), first formulated in Waco, Texas, in 1885, has managed to nimbly navigate a soft drink market that has been roiled in recent years by changing consumer tastes. Two decades ago, Americans, on average, consumed 51 gallons of soft drinks a year. But as the 21st century took hold, desire for sugary drinks began to wane and, over the past five years, consumer thirst for such beverages has been slaked – to judge by sales.

Last year, sales of carbonated soft drinks fell for the tenth year in a row, returning to the levels sold in the mid-1990s, according to Beverage Digest, which tracks industry developments. By last year, average annual consumption per American had dipped considerably, to 44 gallons, taking a toll on both Coke and Pepsi.

Less scathed was Dr. Pepper Snapple, which was formed in 2008 following a spinoff by parent company Cadbury Schweppes. The Plano, Texas-based soda maker is tiny compared to beverage rivals Coke and Pepsi, which control 34% and 25% of the market, respectively. Dr. Pepper Snapple claimed 11% of that pie in 2014.

Dr. Pepper Snapple has weathered the market’s startling slide better than many competitors posting, for the first quarter of 2015, a 4% increase in net sales, most of which are in North America. The company’s best known products, in addition to Dr. Pepper, are Canada Dry, Schweppes, 7-Up, Sunkist, A&W, and Squirt, which appeals to the Hispanic market.

Last year, it racked up a 2% increase in sales for its 50+ brands, reporting $1.2 billion in income. And its future forecasts are relatively rosy as the beverage industry wrestles with changing customer preferences.

First, it made efforts to get ahead of consumer preferences after customers grew increasingly worried about excessive calories and artificial sweeteners like aspartame, a point that its chief executive officer, Larry Young, underscored recently when explaining company results to analysts.

Dr. Pepper Snapple dives deep to make sure it understands its customer base, says Jim Trebilcock, its executive vice president for marketing, and how and why they purchase its brands. “We’ve increased our overall market spend by about $100 million since 2008,” which includes research as thorough as going to customer homes, as well as focus groups, market data, and advertising. Overall, the company’s budget for advertising and marketing was $473 million last year, slightly under the $486 million it spent in 2013, according to its 10(k) filings.

When consumers began to turn to juices and flavored waters, Dr. Pepper ramped up its flavored seltzer water line to tap into increased sales of sparkling water, a category that grew 20% last year, according to industry statistics.

“They recognized the trajectory of the market quicker than others,” said Stephen Powers, who analyses the beverage industry for UBS. “They focused less on outsized growth and were more realistic in what they did to adapt to the market.”

“We have a history of partnering with emerging brands where we can minimize the risk,” says Trebilcock. Successful examples, he said, are distribution deals with Monster and Vitamin Water.

Dr. Pepper has also overhauled its distribution system, allowing the company to reap savings from lower fuel costs. Five years ago, it also signed long-term agreements with Pepsi and Coca-Cola, which each have strong distribution systems, to get Dr. Pepper products on grocery and other shelves.

By hunkering down and focusing on efficiency—rather than trying to rekindle volume sales growth—Dr. Pepper is continuing to steer a steady course and keep its share of the beverage profit pool.

One perceived weakness—that it is not in overseas markets—has turned out to be a strength recently, as currency swings helped push earnings downward at some of the multinational beverage companies. PepsiCo, for example, was battered last year because of currency volatility, disruption of its market in Russia, and falling gas prices, according to statements from its chief executive, Indra Nooyi. Coca-Cola’s earnings also have been affected as both beverage giants had steep drops in diet soda sales, with Diet Coke revenues declining 6.6% last year, and PepsiCo’s Diet Mountain Dew also posting declines.

Diet Dr. Pepper sales also slid, not as much as its competitor’s products, but enough that beverage analysts are questioning the wisdom of any drink maker continuing to rely too much on low-calorie sodas.

Dr. Pepper Snapple argues that there is plenty of room for growth in its flagship brands. Dr. Pepper, which is typically purchased by younger people, between 18 and 24 years old, still has room to grow on the East and West coasts, says Trebilcock, who has been with the company since 1987. And Snapple, whose customers are typically health conscious and consume its flavored drinks in daytime hours, sells best on the coasts but has room to grow in the middle of the country, he adds.

The company also has plans for international sales in the future. It is assembling a team to target markets in Asia and Europe for some of its brands. And it is focused on Hispanic consumers, where it is focusing on driving growth of Dr. Pepper, Squirt, and Clamato, a seasoned tomato product that can be a standalone drink or a mixer. It also has added Peñafiel, a mineral water with fruit flavors from Mexico, to the portfolio.

“It may not be sexy,” admits Trebilcock, “but we’re consistent in our strategies.”

Editor’s note: A previous version of this story misstated the market share percentages of Coca-Cola, Pepsi, and Dr. Pepper Snapple. The figures have since been corrected. The story also erroneously noted that Coca-Cola had acquired Monster Beverage. In fact, Coca-Cola has a stake in the company.