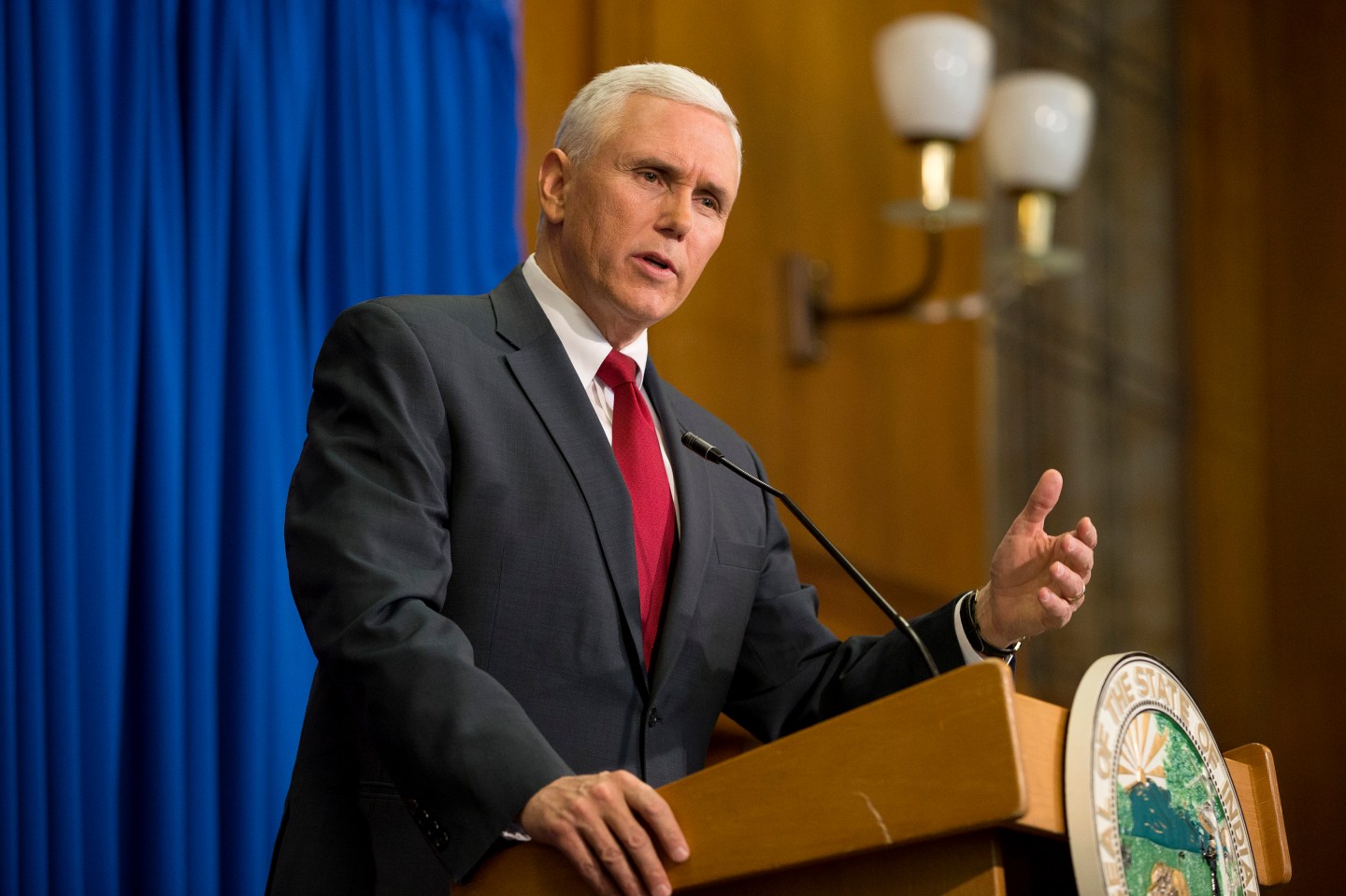 It wasn’t so long ago that Big Business was shy to wade into the turbulent gay rights debate for fear of offending one part of their customer base or the other.

The recently passed “religious freedom” law in Indiana has elicited an unprecedented torrent of criticism of major companies, from Apple (AAPL) and Marriott International (MAR) to Indianapolis-based Eli Lilly (ELI) and Angie’s List (ANGI). All have slammed the bill signed into law last week by Gov. Mike Pence for what they see as opening the way to discrimination by businesses against gays, lesbians, bisexuals and transgendered people.

Pence on Tuesday once again dismissed those charges as a “mischaracterization” of the law, but nonetheless said at a press conference, “We’ll fix this and we’ll move forward.” He said he intends to ask the state legislature for a new bill this week that will clarify that Indiana does not condone discrimination against gays and lesbians.

While Indiana’s law grabbed all the headlines, similar bills are wending their own through the legislatures of many other states, prompting corporate America to speak out in unison on an unprecedented scale.

“These new laws and legislation, that allow people and businesses to deny service to people based on their sexual orientation, turn back the clock on equality and foster a culture of intolerance. Discriminatory laws are unquestionably bad for business,” Gap’s (GPS) CEO Art Peck and Levi Strauss President Chip Bergh said in a joint statement earlier this week, urging other retailers to join them.

The statement came one day after Apple CEO Tim Cook, the only openly gay chief executive in the Fortune 500, issued an impassioned op-ed in the Washington Post that drew parallels between the Indiana law (and similar initiatives being considered elsewhere) and the Jim Crow laws that discriminated against blacks and only ended 50 years ago.

Other corporations criticizing the laws include Wal-Mart Stores (WMT), which recently said a similar bill in its home state of Arkansas “is counter to this core basic belief and sends the wrong message about Arkansas, as well as the diverse environment which exists in the state.”

It’s not unprecedented for corporate America to pledge support for gay rights, but what is so striking about the current Indiana contretemps is that Big Business has taken the lead in assailing these laws and spoken out quickly and forcefully.

Taking a position on a hot-button social issue has usually been full of risk for a corporation. Remember when J.C. Penney (JCP) was dropped by some customers in 2012 for featuring a male couple with kids in a catalog? Or how Starbucks (SBUX) was threatened with a boycott by gun ownership rights activists after CEO Howard Schultz last year asked customers not to bring firearms into stores, even when they had the right to?
[fortune-brightcove videoid=4138617940001]

But with the general public’s views on gay rights shifting — nearly 60% of Americans favor marriage equality now, double the support in 2004 — it is now clearly less dangerous for companies to take a stand.

“It’s a line in the sand for many consumers; we’re at this cultural turning point where gay rights have gotten mainstream,” said Rita McGrath, a professor at Columbia Business School. “The risk of a major backlash against these companies is pretty low.”

In fact, the risk may be the opposite now: fast food chain Chick-fil-A found itself in a controversy a few years ago when its current CEO Bob Cathy made comments that were seen as homophobic — he has since said he will stay away from controversy, a sound move given his company’s planned push into liberal cities such as New York. And Italian design house Dolce & Gabbana was hit with calls for a boycott after one of its founders slammed gay marriage and gay parenting.

Corporate America appeared to become more emboldened in 2012 when Goldman Sachs’ CEO Lloyd Blankfein agreed to be a public advocate for gay marriage rights. If a leader of such a conservative, often macho, club like Wall Street could speak out forcefully, then others could too.

Still, as the contretemps in Indiana and elsewhere shows, the topic remains sensitive, so why be so vocal about it?

As nearly 400 major U.S. corporations explained in a friend-of-the-court brief earlier this month urging the Supreme Court to strike down bans on gay marriage rights, it’s partly a matter of attracting the best and the brightest, whether it be gay workers, or heterosexual workers who want to be in a diverse, open environment. It’s also a way for a brand not to be seen as retrograde with customers.

States that still ban gay unions “hamper employer efforts to recruit and retain the most talented workforce possible in those states,” wrote the companies, including Goldman Sachs (GS), PepsiCo (PEP), and Target (TGT). Target recently made it clear that households led by a same-sex couple were at the heart of its turnaround strategy.

But truth be told, it’s also a matter of protecting the top and bottom lines. Marriott, for one, has been very active in pushing to repeal laws curbing same-sex marriage rights and critical of therapies that claim to cure homosexuality. At the same time, Marriott has made the gay and lesbian travel market a major priority. And seeing where public opinion is going, corporate America clearly doesn’t want to be stuck on the wrong side of history.

As Apple CEO Cook noted in his op-ed: “America’s business community recognized a long time ago that discrimination, in all its forms, is bad for business.”