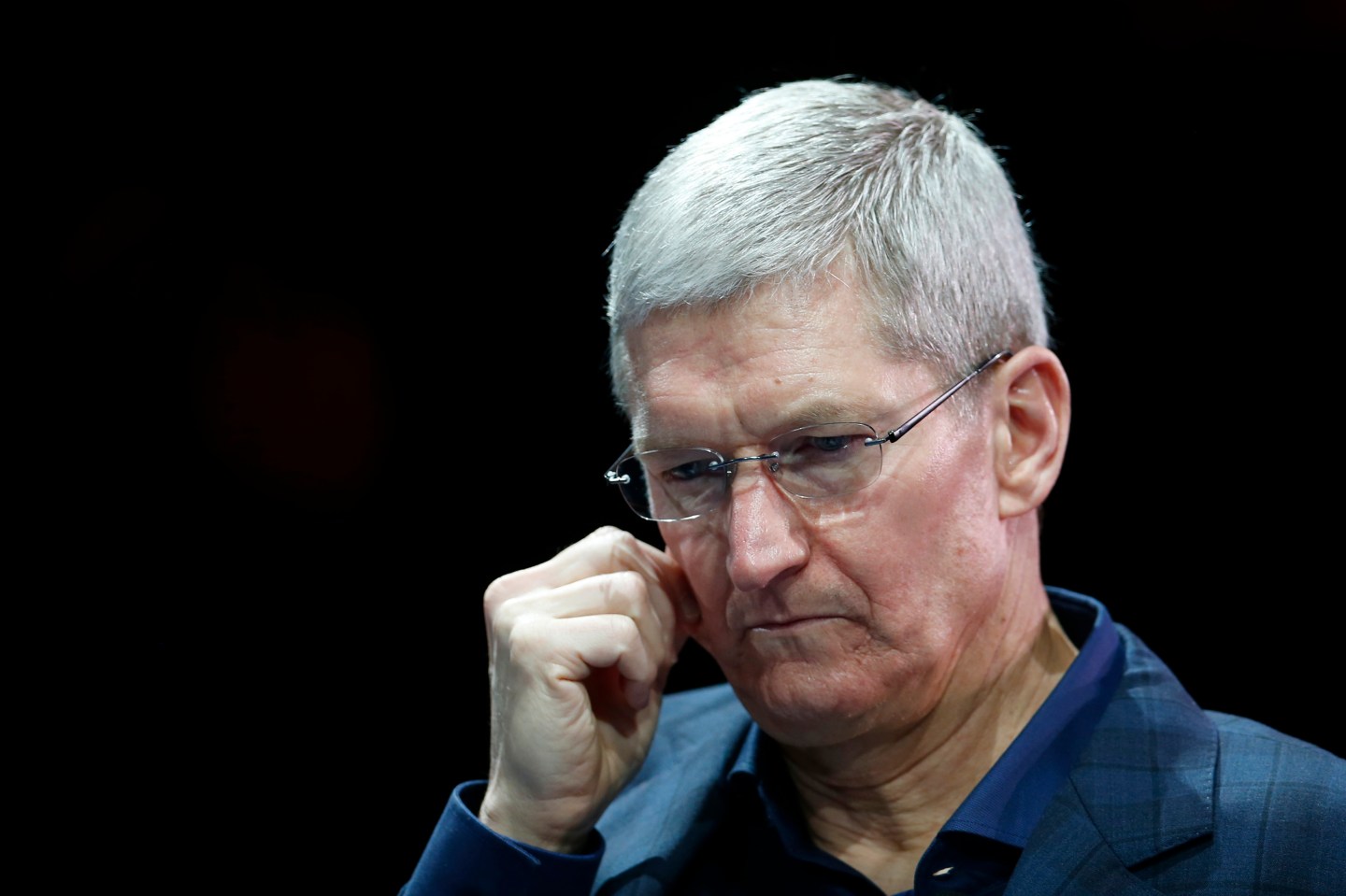 Apple (AAPL) CEO Tim Cook, the most prominent openly gay executive, assailed a new Indiana law that critics say could make it legal for businesses there to discriminate against gays and lesbians. But he stopped short of saying his company would boycott the state as some of his peers have.

“Apple is open for everyone. We are deeply disappointed in Indiana’s new law,” Cook said on Friday on Twitter account.

Indiana Governor Mike Pence signed into a law the so-called “Religious Freedom” bill on Thursday, making his state the first to enact such a law among the dozen or so states where such proposals have been introduced.

The bill prohibits local governments from “substantially burdening” any person’s free expression of religion. Opponents claim the law could give business owners a free pass to refuse service to customers whose values conflict with theirs, notably same-sex couples. Supporters, however, claim such laws shield citizens from government intrusion on their beliefs.

While Cook was critical of the laws in his tweet, his peers at other companies came out forcefully against it. Mark Benioff, CEO of Salesforce, (CRM) said his company is reconsidering any investments it’s made in Indiana.

“We’re a major source of income and revenue to the state of Indiana, but we simply cannot support this kind of legislation,” Benioff told re/code. Salesforce has already canceled all programs requiring customers or employees to travel to Indiana.

Also tweeting his disagreement with the new law on Thursday was Max Levchin, CEO of HVF (Hard Valuable Fun) and a PayPal founder. Eli Lilly, the Indiana-based drug maker, has been an active member of a coalition of businesses, faith leaders, and civil-rights and community organizations united that opposed the bill.

The National Collegiate Athletic Association, a non-profit organization that’s scheduled to host the Men’s Final Four basketball championship in Indiana later this month, also expressed concerns. And the CEO of Gen Con, a 50,000-person gamers’ gathering that’s reportedly Indianapolis’s largest convention in attendance and economic impact, said the law could prompt the group to move the event after 2020, when its contract with the city expires.

Cook, who took the reins from late Apple co-founder Steve Jobs in 2011, only came out openly as a gay man six months ago. Many observers wondered whether that admission would hurt Apple sales in international markets seen as socially conservative, notably Russia and the Middle East. But there is no evidence that has happened.

While Apple has not gone as far as Salesforce in opposing the bill in Indiana, where it operates two stores, the iPhone maker has expressed its concerns earlier this year about whether that bill and others like it would undermine existing civil rights law and damage the business climate of those states.

Apple has been given top marks by gay rights advocacy group Human Rights Campaign in its annual every year since 2002 when it first began.

Cook, who was profiled in the current Fortune cover story, sent out a second tweet on Friday, saying “Around the world, we strive to treat every customer the same — regardless of where they come from, how they worship or who they love.”

In his original tweet Friday, Cook also called on Arkansas governor to veto the similar bill to the one that passed in Indiana. It passed the state’e senate earlier in the day and the governor has said he would sign it.