A quick poll: where businesspeople in China think Alibaba’s stock is headed 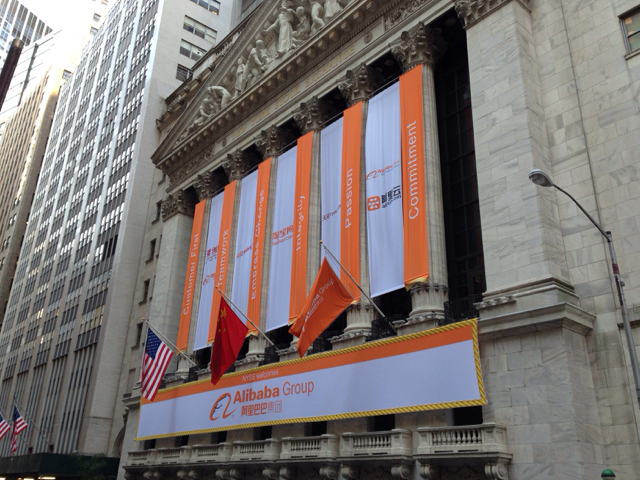 Alibaba’s stock is down 20% this year, analysts are slashing their price targets, and over 300 million previously locked-up shares are allowed to hit the market for the first time today—which means only one thing: it’s time to speculate what happens for the rest of the year.

Investors seem to have fallen out of love with the Chinese tech giant after a string of bad news this year that included the company’s very public skirmish with a Chinese regulator. Alibaba is no longer the invincible Chinese e-commerce star that stockbrokers from Manhattan to Des Moines thought it was. Or is it?

For now the questions are, Can China’s most powerful e-commerce company recover some of its swagger from last fall? Can it put the criticism of fake products and a weak quarter behind it? Or will Jack Ma & Co. be left explaining, again, how they perfectly timed the market’s top when staging an IPO?

You can turn to a couple places for answers. There’s a gaggle of analysts who opine on Alibaba’s fortunes for a living. Unfortunately, Wall Street analysts don’t have a strong record when it comes to predicting the future—and nine out of ten of them don’t even live in China, where Alibaba does almost all of its business.

This brings up an important point. The great stock-picker Peter Lynch said you should buy what you know. Warren Buffett, probably the best investor in the history of man, follows a similar philosophy—sticking to U.S. businesses he understands like Coca-Cola and GEICO. Do many people in the United States understand Alibaba’s core businesses Taobao, Tmall, and Alipay? Of course not. Living in the U.S. makes tracking Alibaba almost as hard as drinking as much Cherry Coke as Buffett in a day.

That’s when it pays to be local. To have boots on the ground, like the military says.

That’s why I decided to stage an informal poll recently about Alibaba. I was curious what some of the smartest business people I know in China think about the company’s (and stock’s) prospects. Last week I sent an email to 31 businesspeople and consultants I know working in China, asking a simple question: where do you think Alibaba’s stock is going for the rest of 2015? Up? Down? Or back down to its IPO level?

Some of these people run businesses. Others track them as consultants. Some are Chinese, others are foreigners who have been working in China for years. I didn’t consider anyone an Alibaba expert. But all know something about Alibaba’s prospects thanks to osmosis.

Most of those who responded wanted to be clear about why they picked their answer. For example, one person recommended shorting the stock, reasoning that while people may be excited about Alibaba expanding the U.S. by opening a cloud service in Silicon Valley, that might only gloss over Alibaba’s struggles before the stock continues its downslide.

Of the 31 people I asked about BABA, I got 10 responses. Of those, four said the stock would rise by the end of the year. Six thought it would continue falling for the rest of 2015 (one said it would make its way all the way back to $68 a share—its September IPO listing price). It’s not a statistically significant sample by any means. That wasn’t the point. The point was to glean a little about what top business people in China, who work far outside Wall Street’s spin-zone and are surrounded by Alibaba’s products and platforms everyday, think of the stock’s (and company’s) chances.

Those who thought the stock is headed down had a couple reasons for thinking so. The first was that the excitement around Alibaba has evaporated. The IPO that had Idahoans talking about Taobao is a distant memory. Alibaba is back to being another business listed on the New York Stock Exchange. Its been months since David Faber flew to Hangzhou for an exclusive interview with Jack Ma. Things can’t stay in the spotlight forever.

They gave a second reason. Alibaba is fighting more aggressively by the day with Tencent Holdings Ltd (TCEHY), China’s other tech giant whose WeChat network dominates social networking in the country and is encroaching more and more on Alibaba’s turf. Last year Tencent invested $215 million into JD.com (JD), Alibaba’s e-commerce rival. Alibaba is spending furiously to compete against Tencent, but some of those investments are coming at eye-watering valuations. Beyond the weak quarterly results headlines and squabbles with regulators, Alibaba faces real headwinds, the respondents said.

Of those who thought BABA would rise, the strength of the business was a common reason given. The company commands four-fifths of the e-commerce market in China, which happens to be the world’s largest at $400 billion and is growing 25% a year. Alipay is the country’s dominant online payment system. Tmall is such a strong platform in China that Alibaba rival Amazon.com (AMZN) just opened its own store there.

Another reason: Alibaba has cherry-picked top talent in China, one respondent said. Alibaba’s massive spending on startups in China and overseas is bringing key executives into the fold. Last year it acquired UCWeb, a Chinese mobile web browsing company with respected executives like its CEO Yu Yongfu, in the country’s biggest Internet deal.

No-one can divine where Alibaba ends the year. But if you wanna get close, you might start by listening to the business people who are surrounded by Alibaba every day.