Nothing to see here, says Alibaba’s Ma – and customers seem to agree 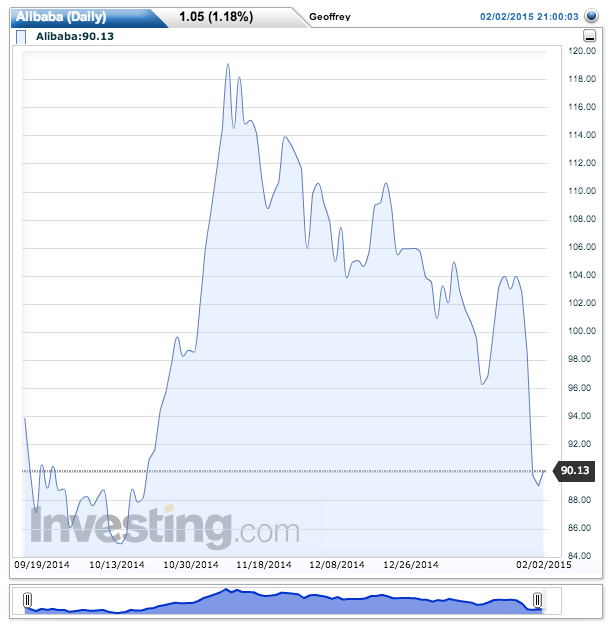 After knocking $30 billion off Alibaba Group Holdings’ (BABA) market value and putting all of Wall Street on alert, a Chinese regulator’s criticism of Alibaba—including allegations of fraud and bribery on its selling platform Taobao.com—appears finished, for now.

Alibaba’s CEO Jack Ma announced as much Monday night during a speech in Hong Kong. Ma said the actions of the regulator, China’s State Administration of Industry and Commerce, which released a white paper detailing Alibaba’s transgressions including allowing fake products onto its Taobao.com consumer-to-consumer platform, weren’t supported by “certain government officials,” he said, according to reports.

“We don’t want to be misunderstood that Taobao is a platform for selling fake products,” Ma said late Monday.

Even if Alibaba’s spat with China’s regulator has been resolved, however, the regulators’ criticism will likely have a lasting impact on Wall Street, which as of last week did not appear to understand the extent of Alibaba’s risks within China. (More on the regulator’s allegations here.)

Last week Alibaba’s stock was down 13% for the week and revenue growth slowed way down in its quarterly earnings report released at the same time as the regulator’s criticism. The Alibaba honeymoon, which saw the company’s shares soar from a listing price of $68, was over. In truth, some of the spark had already gone: the shares peaked in November at $120, and they’re still 25% off that level as of Tuesday.

For all the bad press, Alibaba’s earnings released last week didn’t indicate a company in financial straits. Alibaba actually beat analysts’ earnings per share estimates and grew quarterly revenue by 40% from the previous quarter. But for a growth company, that wasn’t good enough. In the quarter before, Alibaba boosted revenue by 56%.

What grabbed the most attention on Wall Street, besides the weak earnings report, was news that a Chinese regulator condemned Alibaba for failing to police fake and counterfeit products. The report issued was important because it has shown that Alibaba is not infallible in China.

However, Wall Street may have judged Alibaba too quickly. China’s regulators don’t have a sterling reputation themselves. Recently they’ve been accused of arbitrary investigations, acting without due process, and trying to force confessions of guilt. In that light, it becomes more understandable why Alibaba pushed back against the regulators’ accusations so stridently.

Even if Ma has temporarily assuaged investors with the Monday news that Alibaba has come to terms with regulators, the bigger question is whether customers lost trust in Taobao after the allegations.

In a host of conversations I’ve had with friends and others in Beijing, I haven’t heard anyone seriously change their mind about Alibaba due to the government’s criticism. If anything, it’s hardened fans’ support for it.

One of my Chinese friends who obsessively shops on Taobao.com had read about the regulator’s criticisms and was nonplussed. Of course there are fake things on Taobao, she said, but there’s a difference between a counterfeit Coach purse and tainted baby food, for instance. The regulator didn’t accuse Alibaba of physically harming consumers, so she thought the most the company faced was a loss of face (a public embarrassment) but not a consumer backlash.

It’s just one user’s opinion, but because Taobao has had a problem with fake products for years and worked to clean itself up—it announced last year it had spent $161 million since 2013 on fighting fraud— it seems most Chinese haven’t paid attention to the latest news.

If Alibaba’s been embarrassed, it’s only on Wall Street, which, thankfully for the Chinese tech giant, is a place full of second chances.