Humbled Amazon turns to rival Alibaba for help in China 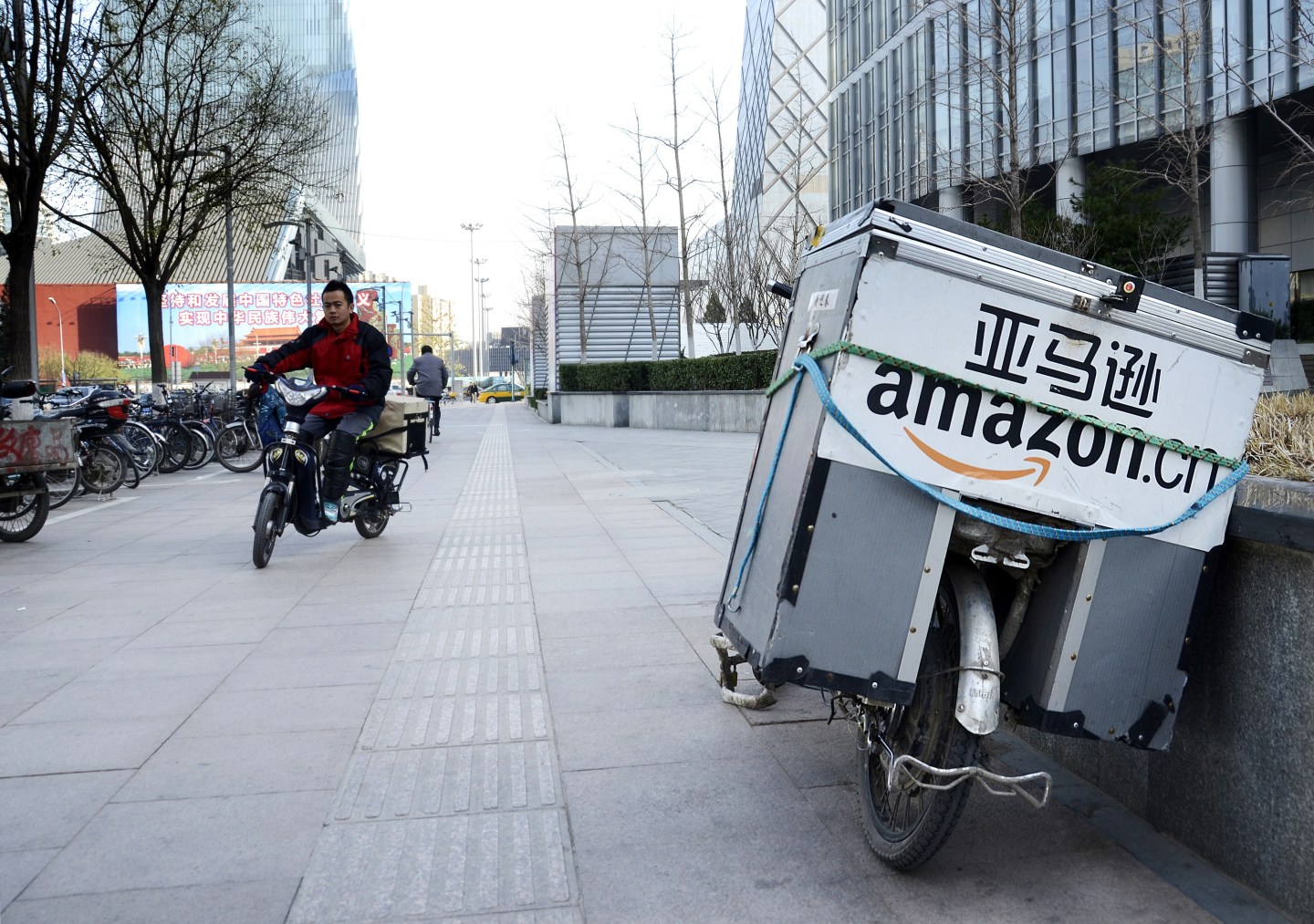 Amazon.com (AMZN) is hurting in China, and looking weaker.

Yesterday, Chinese reporters discovered that Amazon had opened a store on rival Alibaba Group Holdings’ (BABA) Tmall platform, a website for verified brands like Nike, Apple and P&G to sell to Chinese shoppers.

Tmall is a prized venue for Western brands trying to reach Chinese consumers, who are increasingly concerned about product safety and avoiding fraudulent goods. Brands pay service fees to run their own stores on the site. (Alibaba’s other major platform, Taobao, connects millions of small sellers with buyers, who can find just about anything but have to worry about fake goods.)

Amazon didn’t publicize the news of its store on Alibaba’s site, maybe because it doesn’t make Amazon look very strong in the world’s largest e-commerce market. (An Amazon spokeswoman in China didn’t respond to a request for comment.)

Amazon has operated the branded site Amazon.cn for four years, but it’s been in China since acquiring the book and music seller Joyo.com in 2004. Like eBay (EBAY) before it, Amazon has struggled against Chinese competitors including Alibaba and JD.com (JD), which control the majority market share.

When Amazon released results that disappointed Wall Street across the board in the third quarter, analyst Aram Rubinson of Wolfe Research estimated Amazon’s loses in China were $600 million a year. “The time has come to abandon China,” he wrote in a research note.

In the past year and a half, Amazon has done the opposite. It signed agreements with two Chinese local governments, including Beijing’s, to offer cloud services within the country and run eight fulfillment centers. Last spring, the company’s chief financial officer said in China Amazon is “investing a lot and trying to grow the business.”

Despite the investments, Amazon China’s e-commerce market share in China remains tiny—less than 1.5%, according to iResearch. As someone who lives in China, I can understand why it’s struggling.

I surf both Amazon’s Chinese site and Alibaba’s platforms. Whatever I can��t find on Alibaba’s sites, I look for on Amazon. But I never visit Amazon first because I know the prices will inevitably be higher. Sometimes the brand I buy matters, in which case Amazon is reliable and trustworthy, but most times I don’t care—and neither do many Chinese.

Alibaba, meanwhile, is looking stronger. Despite regulatory problems earlier this year, it has consolidated power in China and is beginning to test the waters abroad. Earlier this week Alibaba said its cloud computing subsidiary is opening a data center in Silicon Valley, marking the company’s first small step at building a reputation on Amazon’s home turf.

The next few years should have the makings of a price fight between the e-commerce giants. Amazon as the veteran; Alibaba the upstart. In the early rounds, in the world’s biggest online shopping market at least, Amazon isn’t punching with confidence.

Watch more about Alibaba from Fortune: