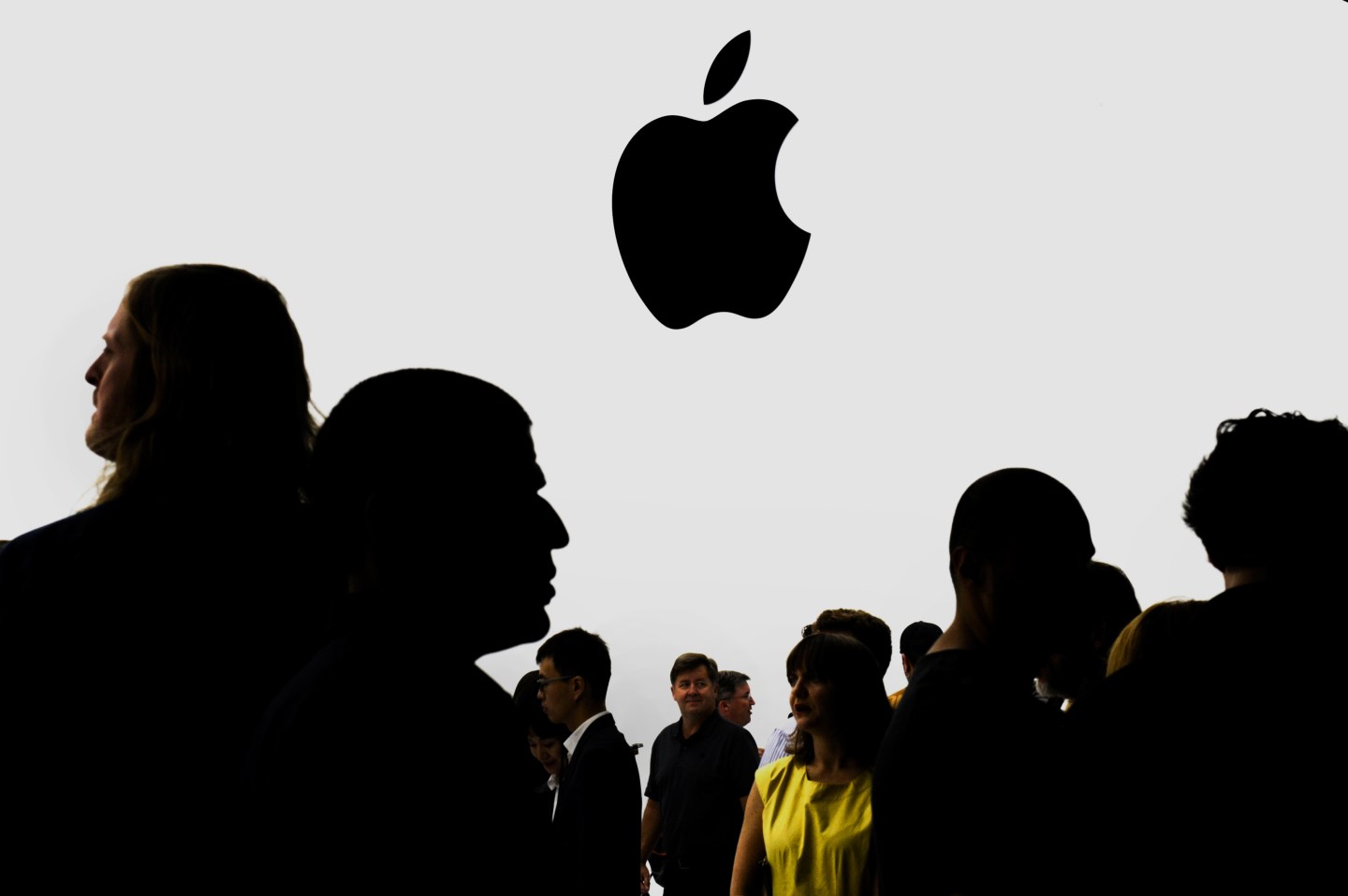 U.S. stock futures are down sharply this morning, as oil prices and the euro continue to fall. Also on investors minds today will be a meeting for Apple investors and a handful of earnings.

1. Credit Suisse gets a new CEO.

Credit Suisse (CS) has named Tidjane Thiam to the top role. Thiam, who is the current head of UK insurer Prudential, will replace current CEO Brady Dougan who has served as the Swiss bank’s chief executive since 2007. Dougan will leave his role at the end of June. Thiam, an Ivory Coast-born French national, will become only the second non-Swiss to lead the bank and the first black CEO of a FTSE 100 company.

A day after the big Apple Watch reveal, Apple’s shareholders will convene in Cupertino, Calif., today for their annual meeting. It’s been a good year for the company and its CEO Tim Cook. Apple (AAPL) shares are up 68% in the last 12 months as they make their debut on the Dow Jones Industrial Average, replacing former stalwart AT&T (T). Investors can expect to see more dividends on top of the $100 billion the company has already shared.

A flashy new smart watch isn’t all Apple has up its sleeve this week. The company is donating more than $50 million to organizations that aim to get more women, minorities, and veterans working in tech. Read our full report here.

And here’s our hands-on report on the new Apple Watch.

Barnes & Noble (BKS), the largest U.S. bookstore chain, reported a 14 percent rise in quarterly profit this morning, helped by cost cutting in its Nook digital business. The company said on Tuesday net income rose to $72.2 million, or 93 cents per share, in the third quarter ended Jan. 31, from $63.2 million, or 86 cents per share, a year earlier. Revenue declined to $1.96 billion from $2.0 billion.

Barnes & Noble said in June it would spinoff its Nook Media unit, which included its e-reader and its lucrative college-bookstore franchise. The bookseller has since backtracked and said it would keep the Nook within its main retail business and spinoff only the education unit, making investors much happier.

4. Twitter opens the door to its new Hong Kong digs.

Twitter (TWTR) heads into the greater China region with its latest office opening in Hong Kong. The office will be headed up by Twitter executive Peter Greenberger and allows the social media company to tap into China for more advertising revenue, even though Twitter’s services are blocked on the mainland. Chinese officials have prevented access to Twitter since 2009, along with U.S. brethren Facebook (FB) and Google’s (GOOG) YouTube. Officials say the ban is necessary to maintain social order.
[fortune-brightcove videoid=4093727790001]

Gigaom, the pioneering tech blog founded by Om Malik almost ten years ago, has officially run out of money — and creditors’ patience. Gigaom’s assets are now controlled by the company’s lenders and “all operations have ceased,” according to a message on the site Monday at 5:57 p.m. PT. Malik had left the company over a year ago to become a partner at venture capital firm True Ventures. “Business, much like life, is not a movie and not everyone gets to have a story book ending,” Malik wrote in a statement.