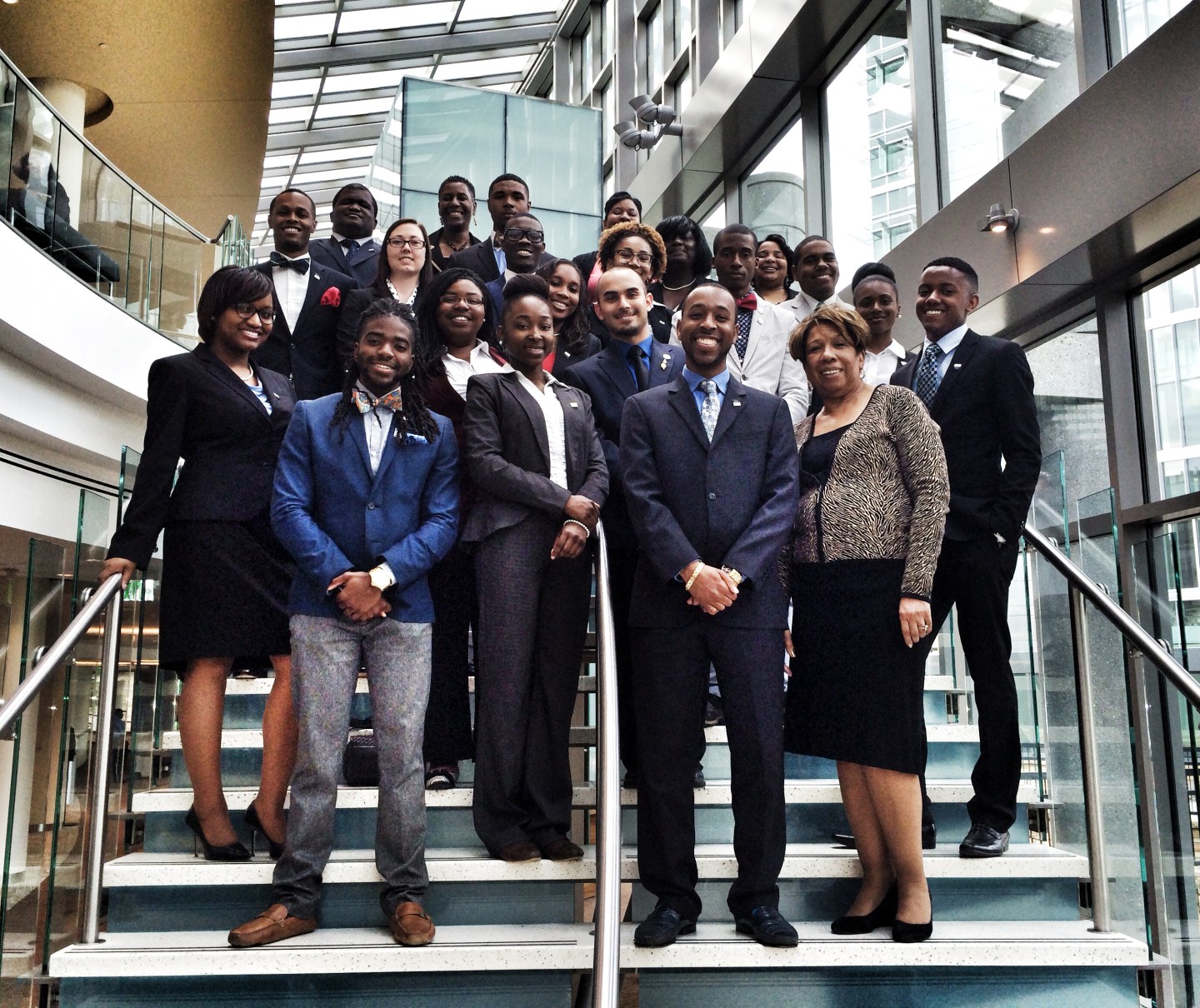 It’s a big week for Apple. On Monday the iPhone-maker unveiled the latest addition to its ecosystem of devices, a smart watch whose price will range from $350 to $18,000. On Tuesday, the company kicks off its annual shareholders’ meeting in Cupertino, Calif.

But there’s more. In an exclusive interview with Fortune, Apple’s human resources chief Denise Young Smith said the company is partnering with several non-profit organizations on a multi-year, multi-million-dollar effort to increase the pipeline of women, minorities, and veterans in the technology industry—and, of course, at Apple.

“We wanted to create opportunities for minority candidates to get their first job at Apple,” said Young Smith, who took over as its head of HR a little over a year ago. (Before her current role, the longtime Apple exec spent a decade running recruiting for the retail side of the business.) “There is tremendous upside to that and we are dogged about the fact that we can’t innovate without being diverse and inclusive.”

Young Smith likes to say that diversity extends race and gender—Apple wants its employee base to also reflect different lifestyles and sexual orientations. (Last fall, CEO Tim Cook publicly acknowledged that he is gay—the first Fortune 500 chief executive to do so while holding the title.) But, at least for now, its diversity initiatives are mostly focused on expanding its pipeline of women and minorities.

To that end, the company is partnering with the Thurgood Marshall College Fund, a non-profit that supports students enrolled in public, historically black colleges and universities (known as HBCUs). These schools include North Carolina A&T State University, Howard University, and Grambling State University (where Young Smith earned a bachelor’s degree in communications and journalism in 1978). All told, there are 100 HBCUs across the country—47 of them are considered public—and collectively they graduate nearly 20% of African-Americans who earn undergraduate degrees.

“Historically, other organizations have provided scholarship dollars or focused on whatever area matters most to them,” says Johnny Taylor, president and CEO of the Thurgood Marshall College Fund. “What differentiates this partnership with Apple is that it hits on everything that we do—it is the most comprehensive program ever offered to an HBCU organization.”

According to Taylor, it is also the largest: Apple is committing over $40 million to the fund, which will use the money to create a database of computer science majors at HBCUs, train both students and faculty and offer scholarships. Apple will also create a paid internship program for particularly promising students.

“People are at Harvard and MIT looking for their students,” says Taylor. “But Apple said, there are some really talented individuals at these [HBCU] schools.”

Apple is also partnering with another non-profit, the National Center for Women and Information Technology (NCWIT), to help create a broader pipeline of female technology workers. According to Lucy Sanders, CEO and co-founder of the organization, this isn’t the first time the device maker is teaming up with the non-profit, but this latest round has much broader ambitions and represents the largest single investment NCWIT has received to date—to the tune of about $10 million, which will be doled out over the course of four years. The goal? To double the number of four-year-degree recipients supported by NCWIT’s internships, scholarships and other resources, and to reach 10,000 middle school girls over the next few years.

Again, the organization’s leader says Apple’s investment is different in that it is bigger and more far-reaching than previous corporate donors. Says Sanders: “A lot of actitivies are one and done, but this is a longitudinal experience throughout the pipeline.”

Of course, Apple’s not the only heavyweight pouring significant dollars into these organizations—NCWIT, for example, is also funded by Google, Microsoft and Symantec, and the Thurgood Marshall College Fund has received significant grants from the likes of Wal-Mart and the National Basketball Association. There’s also Intel, which announced it will devote $300 million to science and technology education, primarily for girls and minorities, earlier this year.

To hear Apple tell it, the focus isn’t so much on the dollar amount but more on the approach, which Young Smith calls “thoughtful.” (Leave it to Apple to think different.)

In addition to the over $50 million that will be poured into the organizations mentioned above, Young Smith says Apple is talking to military leaders to come up with a way to provide technology training and specialized on boarding programs for veterans. No word on how much money Apple will devote to this effort.

“In any of these programs we’re really trying to provide focus, impact and a ripple effect–not just on Apple,” Young Smith says.

The real effect of these efforts, however—whether Apple’s or Intel’s—likely won’t be felt for a number of years. But while last year seemed to be all about technology companies admitting they have a diversity problem, this year seems to be the time for them to finally put their money where their mouth is. Just like Apple’s new Watch, it’s a development that has been a long time coming.

Watch more about the Apple event from Fortune: