The Apple Watch event: What the analysts are saying – updated 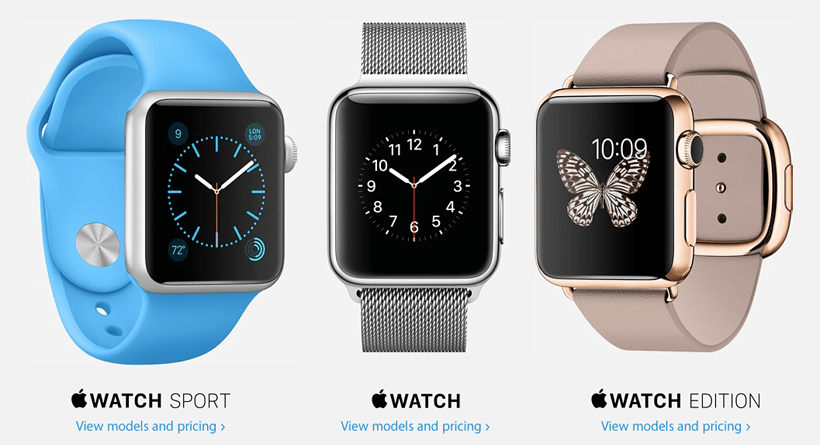 The biggest surprise Monday turned out to be the 2-pound MacBook with the click-less trackpad and the single port for charging, data transfer and video output. As for the Watch, it was more or less as expected, which may be why Apple’s share price fell throughout that portion of the presentation.

Still, the Watch is what everyone came to see, and it’s what the analysts led with. Below: Excerpts from the notes we’ve seen. More as they come in.

Ben Reitzes, Barclays: Apple shows nice new Macbook & a very profitable Watch. “We believe use cases for the Apple Watch are getting more compelling with unique apps now coming soon from many including those from Instagram and Twitter. We also see strong potential for the watch to augment Apple Pay and to be used by frequent travellers (i.e. Watch as a keycard/ boarding pass). One key disclosure was the relatively high ASPs for the Watch, which could even help expand gross margins long-term (considering potential margins for the Apple Watch and Apple Watch Edition SKUs and the band accessories).” Rating: Overweight. Price Target: $150.

Toni Sacconaghi, Bernstein: Limited incremental functionality revealed. “We were generally underwhelmed by Apple’s Watch presentation, which was very similar to Apple’s presentation in September, with the exception of the appearance of some 3rd party apps (SPG, Instagram, WeChat, Uber). While there did not appear to be any new blockbuster Watch-centric Apps, we note that developer access to the Watch itself has been highly restricted – as the Watch becomes generally available, we suspect App development and innovation may accelerate.” Outperform. $135

Alexander Peterc, Exane BNP Paribas: Expensive Edition will be the swing factor. “On balance, we think that both the affordable Sports and the more expensive, though arguably reasonably-priced, classic varieties will likely sell in similar volumes at launch. The pricing of the Edition gold variant matched the most aggressive expectations, starting at USD10,000 and topping out at $17,000… Apple showcased a number of attractive watch apps (Shazam, Instagram, Uber, SPG…) and revealed further details on the Health Kit. The new gadget’s battery life is only just sufficient (18 hours with “average use”; we shall see what the real-life experience may be) and well short of more frugal rivals such as Pebble.” Outperform. $145.

Katy Huberty, Morgan Stanley: Watch Extends Valuable Platform. “CEO Tim Cook better articulated the purpose of the Watch, positioning it as (1) accurate and customizable timepiece, (2) intimate communications device, and (3) health and fitness tracker. These use cases are supplemented by other “brief interactions,” such as Apple Pay or “glances” at third-party apps. Management showcased apps from Facebook, Twitter, Uber, American Airlines, SPG, ESPN, etc., and said developers have already created thousands of new apps since the software development kit launched last November. Apple said the Watch has an all-day, 18-hour battery life, which addresses the main concern following the first Watch event in September. The company plans to launch the device in China, its second largest market, in the first wave of countries which will help drive initial volume despite limited distribution early in the product cycle.” Overweight. $160.

Gene Munster, Piper Jaffray: Design Is The Killer Feature. “We believe today’s Apple Watch event was largely as expected with the stock ultimately closing flat. However, we believe some investors may have missed the killer feature of the Apple Watch: the design. We believe that the Apple Watch is the first Apple product with design as the lead feature and technology as a supporting feature and believe this makes sense because the Apple Watch competes against other traditional watches, not other smartwatches. Overall, we remain conservative in our thinking for CY15 numbers as the company continues to iterate and build demand over the next year plus. We continue to believe the breakout quarter for the Watch will be Dec-16.” Overweight. $160.

James McQuivey, Forester: Competing smartwatch makers have to be breathing a sigh of relief. “Apple will outsell all the rest of them combined in 2015. But in so doing, Apple will bring very valuable attention to the market, essentially releasing a rising tide that will float all their boats. Where Apple has clearly blown past the pack is in its emphasis on fashion, at a variety of levels, too, including all the way up to the luxury level. This is also good for competing smartwatch makers, because it will open the door for them to play at the lower end of watch fashion. Who should really be nervous is the top end of the luxury watch market — not because today’s Rolex buyer is going to buy an Apple Watch Edition for thousands of dollars, but because tomorrow’s Rolex buyer may never materialize, having been thoroughly trained to believe watches should be as useful as they are beautiful.”

Amit Daryanani, RBC: Apple Watch Launch Lives Up to the Hype. “Overall, we think Apple Watch lived up to expectations though battery life and limited app support (no Facebook) are modest negatives. We remain comfortable that Apple Watch should sell 20m+ units in year 1, but suspect the mix will be skewed towards low-end. Beside the watch, the MacBook was the most incremental announcement and we were positively surprised by the new all-in-one USB-C connector and thinner/lighter form factor. While Apple Watch sales have yet to materialize, we are incrementally more positive on the MacBook product line. Outperform. $140.

Sundeep Bajikar, Jeffries: Fashion Forward. “We found today’s Apple Watch update roughly consistent with our and investor expectations, with hardly any surprises. We think this is the first time since the iPod, that Apple might have introduced a new product category without dramatically raising the technology or capability bar over competition, particularly from Samsung. We expect Apple Pay, and fitness/health tracking to serve as the killer applications.” Hold. $124.

Aaron Rakers, Stifel: Event Largely as Expected. “Apple revisited the features / functionality of Apple Watch including: 1.) the ability to receive messages, make and answer phone calls; albeit requiring a user’s iPhone within WiFi / Bluetooth range. 2.) integration with Siri (activated by digital crown), Apple Pay (only available in the U.S. currently), Passbook, HomeKit, HealthKit as well as Apple TV (e.g. remote control), as well as specific 3rd-party apps (i.e. American Airlines, Shazam, Starboard Hotels etc.) 3.) Taptic feedback (i.e. vibrations) to notify users of messages or alerts. 4.) Smart Replies analyzes the text of incoming messages and offers response suggestions for easier replies on a small screen. 5.) Handoff allows users to start a message on their watch and finish it on their iPhone or Mac.” Buy. $150.

Van Baker, Gartner: “General reaction is that they demoed enough apps that were a mix of Apple and 3rd party apps to present a compelling value proposition. They should sell a few million of the Apple Watches pretty quickly. The question comes after the first two or three quarters once the Apple fans have bought. Will there be a market for the Apple Watch among the general consumer segment? That remains to be seen.”

Kirk Burgess, Braeburn Group. “No major surprises with the Apple Watch pricing, with the Sport & steel ranges having accessible price points for most iPhone owners, and the Edition range wisely targeting the luxury market at a similar price to other luxury watches. Expect the Watch & additional band sales to generate combined ASP well over $500 per Watch purchase. Key to Apple Watch sales this year is widening the retail channel for the device, particularly internationally where Apple Stores are not as numerous.”

Trip Chowdhry, Global Equities Research: Apple has created a completely new category. “Just like iPhone redefined Mobility; similarly, Apple Watch redefines Personal Devices. Just like iPhone’s are hardly a phone, it does much more than a Phone; similarly, Apple Watch is hardly a watch, it does much more than a watch.” Overweight. $150.