Mercedes’ R&D Center: A power shift from Stuttgart to Sunnyvale 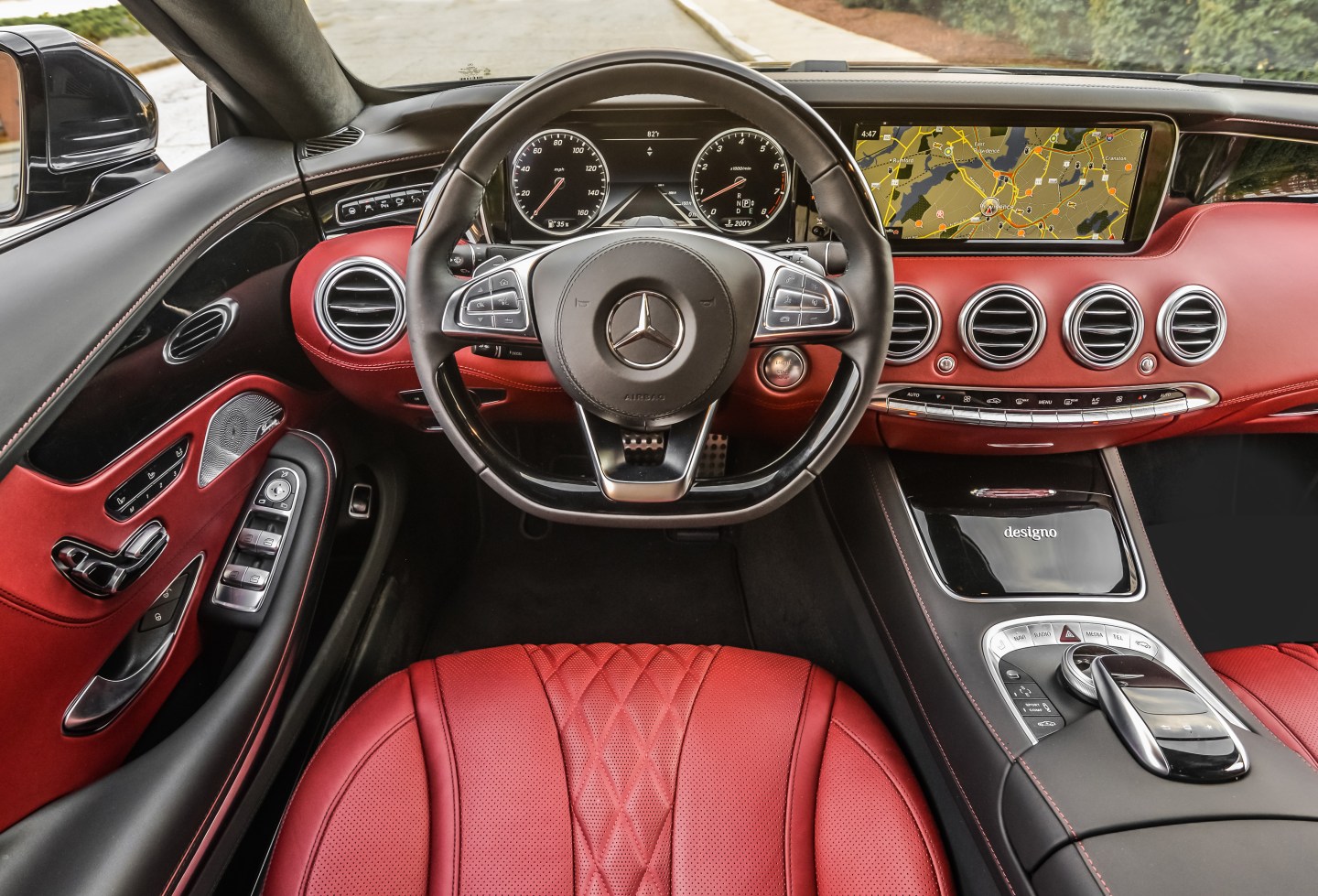 The 2015 S550 4Matic once again demonstrates the technical prowess of Mercedes-Benz engineers. However, five-star accommodations—including massaging seats and atomizing cabin fragrances—are not enough to fully satisfy 21st century beings with our insatiable desire for smart screens, Apple-esque user experiences, and apps. That’s why, in an effort to redefine luxury driving in the digital age, Mercedes has located its app design team in Silicon Valley.

“All employees at Sunnyvale are contributing to the development of series production vehicles,” said Arwed Niestroj, chief executive of MBRDNA. In other words, Sunnyvale is not just an exercise in futuristic fantasy, but is integral to the production of today’s vehicles, in which connectivity plays an increasingly vital role—even for the powerful flagship S-Class lineup.

For the past week, while driving a 2015 S550 sedan—$135,925 as tested and decked out with every option—I played with semi-autonomous sensor-dependent features such as adaptive cruise control, active lane keeping, night vision camera, and 360-degree surround view. My only ding against the S550, and it’s not easy to find flaws, is the look and feel of the fully digital dashboard gauges. The design vocabulary feels slightly dated. I later learned that the main user interfaces for the S550 were done in Sindelfingen, Germany, rather than Sunnyvale.

I downloaded the Mercedes-Benz “mbrace” mobile app, so I could remotely lock and unlock the car, locate its presence from a distance, and send an address directly from my iPhone to the car’s navigation system. These S550 mbrace functions were useful, but not as innovative as my first experience with Mercedes apps.

Last year, I spent a week driving a 2014 Mercedes CLA with a Pebble smart watch on my wrist, wirelessly tied to the car’s digital nervous system. Because the Pebble received feeds from car’s Garmin navigation and GPS—providing my location and local speed limits—the watch vibrated and flashed a “Slow Down” message when I exceeded the speed limit by 10 percent.

When I parked and stepped away from the CLA, the watch received a download of the car’s precise location, the trip distance and the amount of fuel left in the tank. On some models, though not my loaner CLA, you also get a reading of air pressure in all four tires.

These car-watch experiments, unveiled at the 2014 Consumer Electronics Show in Las Vegas, might seem peripheral to driving—until you consider what Mercedes brought to CES 2015: the F 015 Luxury in Motion research vehicle, a fully autonomous vehicle with swivel seating that turns the cabin into a moving living room.

That’s where the role of Sunnyvale gets fascinating and weird: The Silicon Valley work by Mercedes and other carmakers are early steps toward a driving future in which the car itself becomes an app on wheels.

“We created a whole set of new interfaces,” said Paola Malabuyo, vice-president of advanced user experience for Mercedes-Benz, speaking about the Mercedes autonomous concept car from the floor of CES. Passengers in the vehicle are surrounded by touchscreens—in the doors, on the windows, and in a full-width video dashboard, as well as the entire windshield turned into a heads-up display.

While he said the features of the test car were perhaps a decade or two away from reality, the underlying question of the research project applies to the S550. Malabuyo pondered: “How can we do these things so it’s still a Mercedes-Benz experience?”

The folks at the Mercedes Sunnyvale research center are thinking (and designing) ahead with these challenges in mind. But there are more pressing threats facing Mercedes in these endeavors. Johann Jungwirth, Daimler’s long-time connected car guru and former chief executive of MBRDNA, left the company in September. He was hired by Apple, reportedly to lead its project to build an electric self-driving car.