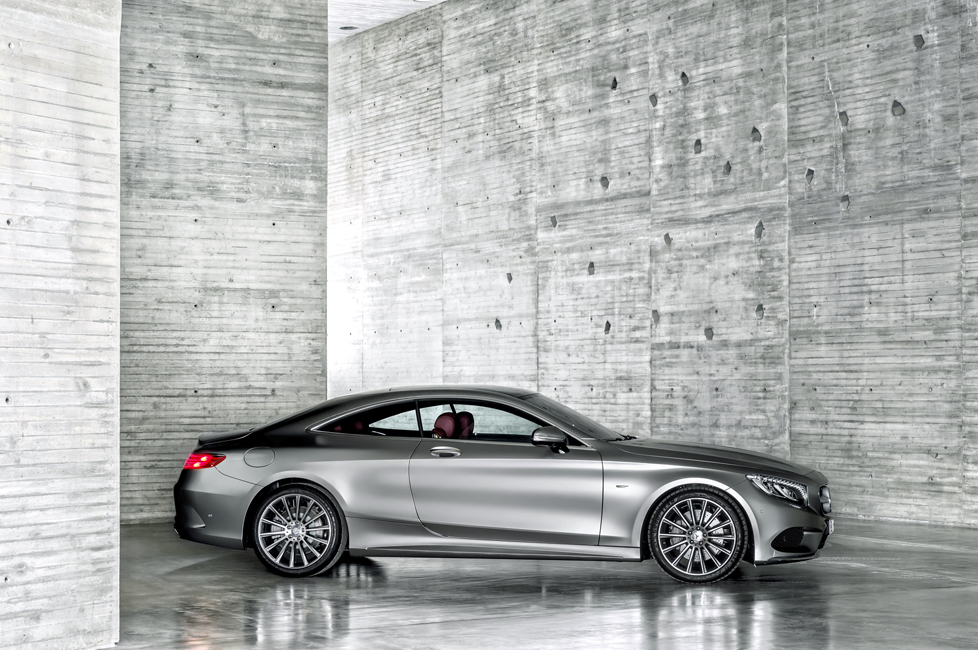 These days a great car has to be more than just a vehicle. It needs to be bulletproof, stuffed with the latest technology, and, of course, fun to drive. But Mercedes’ new model goes so far over the top that the word “car” itself no longer seems quite adequate.

The Mercedes-Benz S550 Coupe, the latest entrant in the company’s flagship S-Class line, doubles as a mobile nightclub, tech center, and concierge. There are seven mood-lighting options, a Burmester 3-D sound system, and “Magic Sky Control”—a glass roof you can electronically switch from opaque to transparent, for stargazing. The Mercedes “mbrace” smartphone app can book concert tickets, then automatically load directions to the venue into the car’s GPS. And more than 100 electric motors power bleeding-edge systems, such as wipers that spray heated fluid from laser-cut holes along each blade. Radar sensors plus a stereoscopic camera in the windshield stop just short of making it full-on self-driving.

The S550 Coupe is also the closest thing you’ll find to a spa on wheels. Its Air Balance system ionizes the oxygen inside the car and spritzes the cabin with one of four available fragrances. (My favorite: Downtown Mood, with “warm undertones of musk” and a “cashmere note.”) There are also six different massage settings, including two hot-stone variations and “activating” mode, which -encourages an abdominal workout by prompting you to press against various pressure points in your back and shoulders.

Improbably, the S550 Coupe is the base car in a lineup of six models that tops out with the $230,900 V12 Mercedes-Maybach S600 version (a half-million-dollar ultra-stretch version is in the works for China and Russia). Clearly the engineering titans in Stuttgart haven’t let up. The latest S-Class is the most advanced rolling lab on the luxury planet.