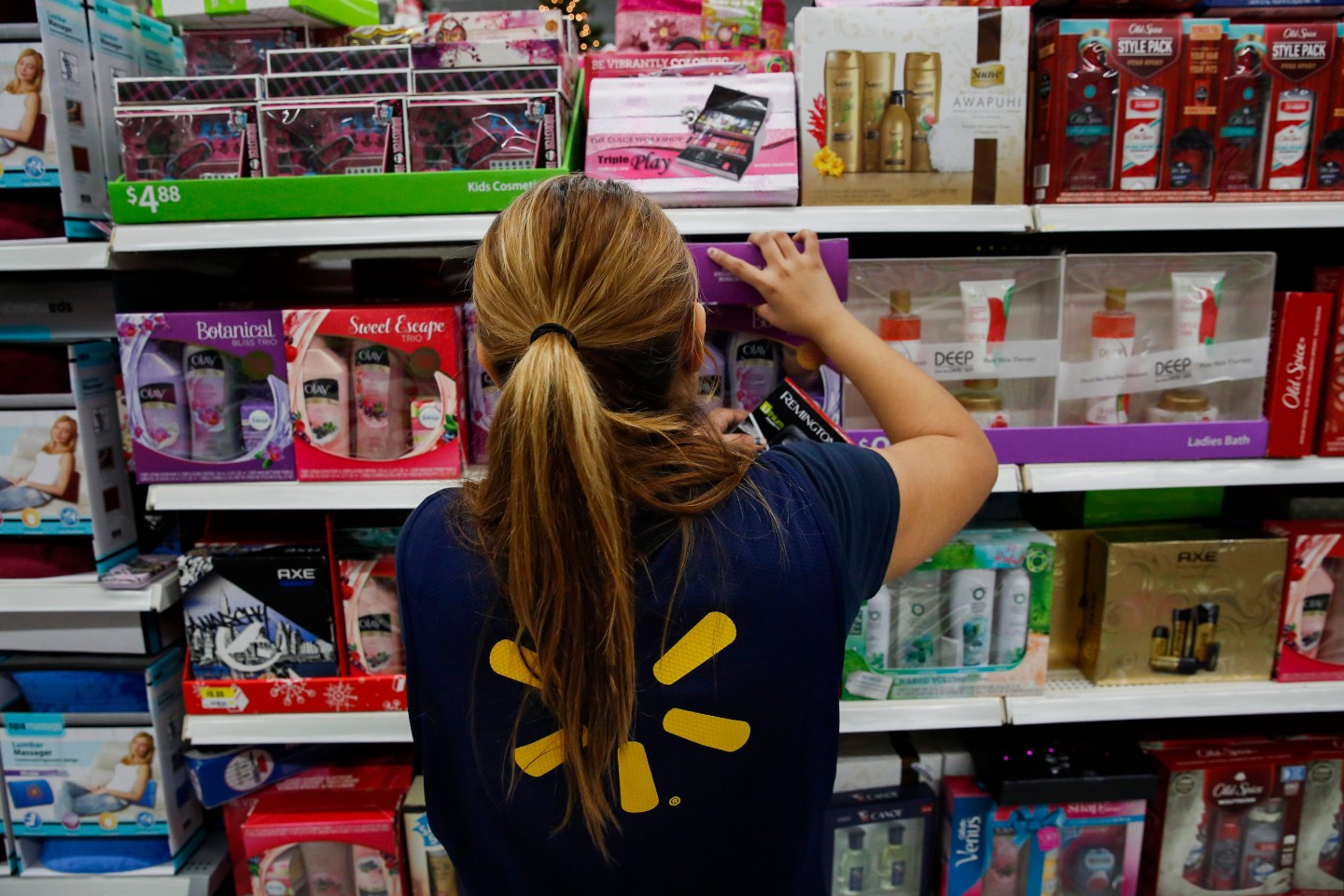 Last week, it was TJX, the parent of T.J. Maxx and Marshalls. The previous week: Wal-Mart (WMT). Before that, it was Aetna, Starbucks, and Gap. One by one, corporate America suddenly seems inclined to lift its workers’ wages.

The question is, why?

Perhaps because Wal-Mart is the nation’s largest employer, with 1.3 million people on its U.S. payroll, its move has been the most heavily scrutinized, with observers trying to unearth the company’s true motive, the way Kremlinologists used to parse a decree from the Soviet Politburo.

Wal-Mart itself has stressed that the pay increase—which will raise its workers’ minimum wage from as little as $7.25 an hour to $9 in April and $10 next year—is just one part of an overall package that includes enhanced training and improved scheduling. The intention, says CEO Doug McMillon, is to “reignite the sense of ownership” that Wal-Mart’s employees have for the business so that, in turn, they’ll provide a better experience for customers.

Many economists, meanwhile, have suggested that Wal-Mart’s action is a simple and straightforward response to a tighter labor market. As the recovery from the Great Recession continues, offering workers more dough should help fill open vacancies and reduce employee turnover.

Others have maintained that the company, which is fiercely anti-union, succumbed to pressure applied by employees who have started to organize under the OUR Walmart banner.

But the most intriguing possible explanation for Wal-Mart’s decision to boost its workers’ pay comes from labor historian Nelson Lichtenstein, author of The Retail Revolution: How Wal-Mart Created a Brave New World of Business. As he sees it, Wal-Mart may be starting to realize that unless corporate America sticks more money in people’s pockets, overall consumer spending isn’t going to hold up over the long run—and that’s going to be bad for the entire economy.

Whether Lichtenstein is right or not about Wal-Mart, there is evidence that more companies are worried about the fact that workers’ wages have been stagnant for decades. Last fall, just before the holidays, a study by the Center for American Progress found that 68% of the top 100 U.S. retailers had cited falling or flat incomes among consumers as risks to their business in their latest federal financial filings. That was double the number of companies that sounded such an alarm in 2006.

Lichtenstein notes that Wal-Mart in recent years has blamed rising payroll taxes that have cut into its customers’ purchasing power for its disappointing earnings. “They’re very sensitive to these things,” he says, adding that it’s not a huge stretch to see wage stagnation having the same fundamental effect.

Of course, it is farfetched to think that a wage boost by any one company can deliver significant economic ripples. “Even Wal-Mart is not going to change very much” in terms of the big picture, says Larry Summers, the Harvard professor and former Treasury secretary. Much more effective, he says, are broad-based policies such as government-mandated increases to the minimum wage and measures that strengthen industry-wide collective bargaining.

It’s worth remembering, though, that for a long time, some of the nation’s leading executives openly argued that businesses needed to pay their workers enough to keep the consumer economy humming.

The most oft-cited example is Henry Ford, who in 1914 famously doubled his workers’ wages to $5 a day. His employees thus became much more productive and far less inclined to quit. Summers, who has written about Ford’s gambit, says it makes sense that Wal-Mart would be looking to receive similar benefits today.

Yet Ford’s raise had wider ramifications. “Prosperous workers begat a prosperous marketplace, which in turn spawned more prosperous companies and in time the result was a new, conspicuously consumer-based economy,” Douglas Brinkley writes in Wheels for the World, his chronicle of Henry Ford and his company.

As the Roaring Twenties gave way to the Great Depression, some wished even more companies had followed Ford (F). Had profits been “distributed in wages, prosperity would have been maintained and increased,” the publishing baron William Randolph Hearst declared in 1931.

Edward Filene, the department-store entrepreneur, was equally adamant. “Low wages . . . are as bad for employers as they are for employees,” he asserted in 1936.

Eventually, with World War II underway, the economy began to soar. But the same logic about consumers held. “How am I going to sell my refrigerators if we don’t give ’em wages to buy with?” General Electric President Charlie Wilson asked in late 1944.

When Time magazine named General Motors President Harlow Curtice its Man of the Year in 1955, it highlighted the impressive wage gains made by GM workers. “People have got money,” the head of the largest department store in Flint, Mich., told Time. “They feel safe.” The Ad Council touted the era as one of “people’s capitalism.” Among the hallmarks of this concept were “high wages, high productivity, high purchasing power,” according to a two-page spread in Harper’s in 1956.

By the early 1970s, Americans had enjoyed a remarkable run of growing incomes and falling inequality. “The Keynesian problem was no longer a problem,” says the University of Michigan’s Mark Mizruchi, the author of The Fracturing of the American Corporate Elite. The chief concern now was raging inflation, which many attributed to a “wage-price spiral.”

Forty years later, “the Keynesian problem” appears to have returned. “Increased inequality contributes to . . . insufficient aggregate demand—too little spending by consumers and businesses to keep GDP at its capacity,” the Commission on Inclusive Prosperity, co-chaired by Summers, warned in January.

Indeed, all of this shows us that what goes around comes around—just like the money in people’s paychecks.