The strong dollar: Your enemy or friend? 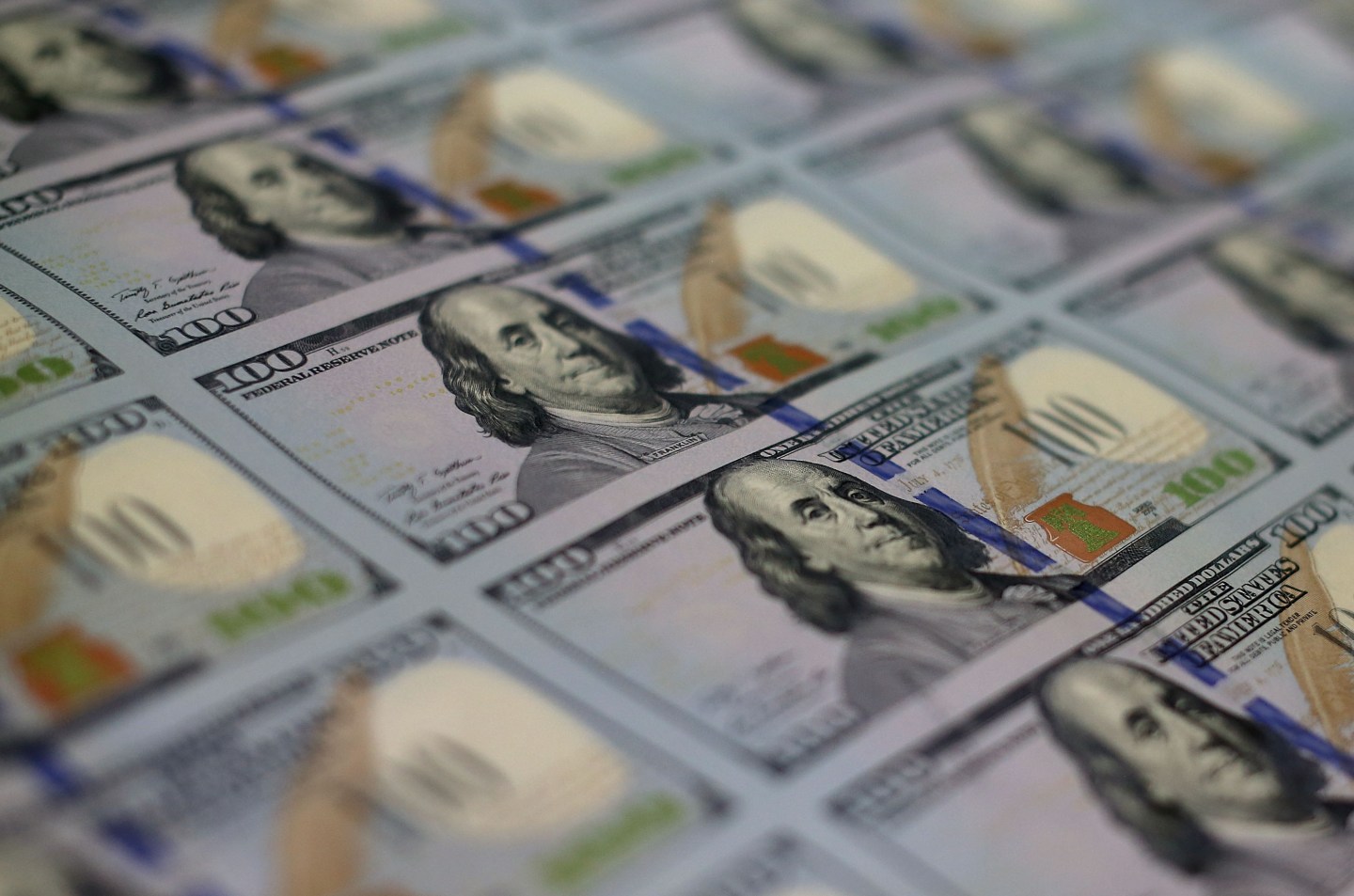 WASHINGTON, DC - MAY 20: Newly redesigned $100 notes lay in stacks at the Bureau of Engraving and Printing on May 20, 2013 in Washington, DC. The one hundred dollar bills will be released this fall and has new security features, such as a duplicating portrait of Benjamin Franklin and microprinting added to make the bill more difficult to counterfeit. (Photo by Mark Wilson/Getty Images)
Photograph by Mark Wilson — Getty Images

Next to the collapse in the price of oil, the macroeconomic event of the year is clearly the return of King Dollar.

The U.S. dollar, measured against the Euro, has reached 12-year highs of late, rising more than 19% over the past year.

On a trade-weighted basis, the rise of the dollar is slightly less dramatic, as it has increased 11% over the year versus the rest of the world. This will undoubtedly make it more difficult for U.S. manufacturers to sell goods at home and abroad because products denominated in dollars are more expensive today than they were a year ago.

Jim O’Sullivan of High Frequency Economics estimates that this could shave 0.3 to 0.4 points from U.S. economic growth this year. This seems like a lot, but the story isn’t that simple.

And as foreign money comes to the U.S. to take advantage of America’s relative economic strength, that drives up the value of American assets, including stocks and bonds. That will make U.S. consumers richer and enable American companies to finance their operations on the cheap, both of which will have a stimulative effect on the economy.

In either case, U.S.-based companies cannot easily ignore these trends. According to recent Factset data analyzed by Fortune, 30% of U.S.-based firms in the S&P 500 drew more than half their revenue from outside the U.S. The data confirms what we have known for some time: American firms have been looking overseas for growth opportunities.

And the pressure to outsource grows even stronger when the dollar is expensive. Take Caterpillar (CAT), for example. According to Factset data, the firm does a whopping 61% of its sales abroad, much of it in places like China, which has seen exceptional economic growth in recent years. Despite the fact that Caterpillar is a U.S. company, it’s had to temper its profit expectations because of slowing global growth.

You would think, then, that a strengthening dollar would only intensify Caterpillar’s woes, but it’s not. Globalization doesn’t only mean that companies are selling more of their goods abroad; they are purchasing their source materials and setting up factories outside their home countries as well. Mike DeWalt, Caterpillar’s VP of Financial Services, said during a recent earnings call that the rising dollar actually boosted Caterpillar’s bottom line in 2014.

Of course, for smaller U.S. exporters that don’t have the wherewithal to build factories overseas or go to the ends of the earth for the cheapest materials, a stronger dollar spells bad news. On the flip side, it keeps inflation low and goods cheap for U.S. consumers.

That’s why the Federal Reserve is split over how to handle the strong dollar. In the most recent Fed minutes, some central bank governors argued that an expensive dollar should be reason to keep interest rates lower for a longer period of time. Others pointed to the fact that a strong dollar can be stimulative and argued that it’s a reason to think about raising rates sooner.

The effects of a strong dollar are so complex that even the nation’s most powerful economists cannot agree on what it means. But as long as you’re not an exporter, it might be a good idea to look on the bright side. Now is a great time to take that trip you’ve been thinking about and watch how far your U.S dollars can go.