Why Caterpillar’s dismal earnings spell trouble for the global economy 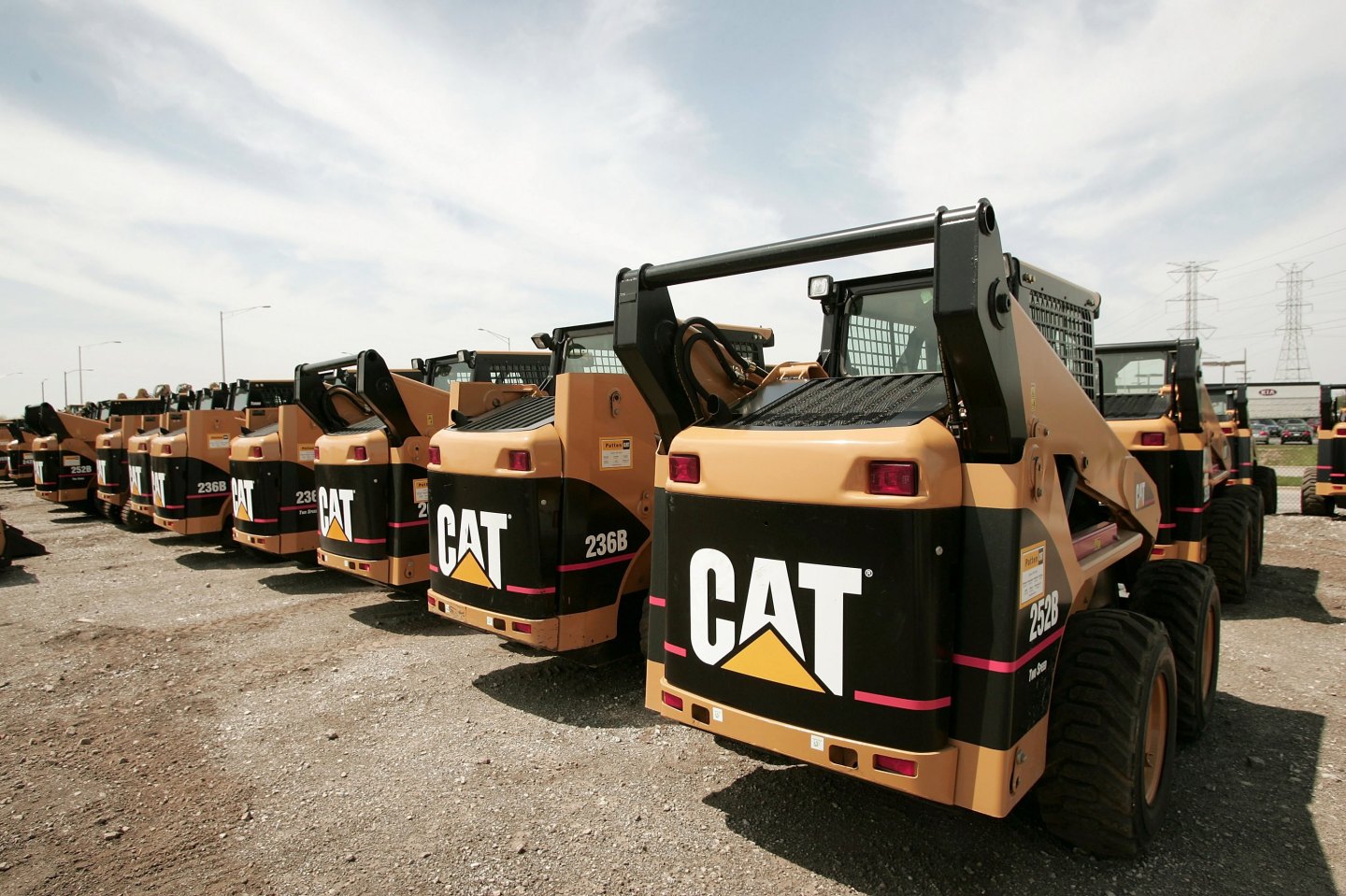 The American consumer may be rejoicing over the dual tailwinds of cheap gas prices and falling unemployment, but much of Corporate America isn’t so sanguine.

On the same morning that the Conference Board announced that consumer confidence reached its highest level since August 2007, the stock market took a nose dive, driven by disappointing earnings announcements by big-name companies like Caterpillar (CAT) and Dupont (DD), and downbeat outlooks from the likes of Pfizer (PFE) and Bristol-Myers Squibb (BMY).

The missed earnings and revised expectations are due in part to a rapidly appreciating dollar, which is being driven up by the relative strength of the U.S. economy as well as the announcement of central bank bond buying in Europe. A more expensive dollar means that U.S. companies are less competitive abroad.

But Caterpillar in particular has been negatively affected by the sharp drop in the price of oil and other commodities. The drops have led energy and mining companies to reduce their investment in the kind of accounts for the bulk of Caterpillar’s sales.

The disappointing news can also be hung on the fact that the rest of the world’s economic outlook isn’t nearly as rosy as it is in the U.S. Both China and Europe have recently reduced their growth forecasts. Meanwhile, emerging markets like Brazil, Turkey, and Russia are reeling amid falling oil prices and whipsawing foreign investment.

In a press release this morning, Caterpillar Chairman and CEO Doug Oberhelman said that the sharp decline in the price of oil is the single biggest factor contributing to its prediction that sales will fall roughly 9% in 2015.

But the company did not discount the impact of falling prices in other commodities, in addition to slow growth in Europe, and relatively slow growth in China.

“We’re not seeing any decent growth out of Europe,” said Mike DeWalt, a Caterpillar vice president said in a conference call this morning with analysts. “The developing countries like Brazil and China, are, shall we say, challenged.”

It’s important to remember that the decline in the price of oil is partly due to slower growth abroad and in China in particular.

Caterpillar’s performance is often seen as a gauge of the health of the global economy because it sells the sort of equipment—construction and mining—that functions as an engine of global economic growth. Caterpillar’s diminished outlook suggests the potential for trouble ahead.

The U.S. economy, by contrast, is not highly dependent on sales abroad—U.S. GDP is composed of just 10% exports, while consumer spending makes up north of 70%. So, while weakness abroad certainly isn’t good for the American economy and it is a bad sign for export-heavy companies like Caterpillar, it’s not something that should worry most workers or business owners stateside.

In the U.S., strong job and GDP growth, low inflation, and the jolt of cheap energy prices should all conspire to make 2015 the strongest year yet in the economic recovery. As long as Europe is able to muddle along and China’s growth doesn’t drop off the table too sharply, the struggles abroad will likely steer clear of America’s shores.