Wal-Mart trims outlook with holidays just around the corner 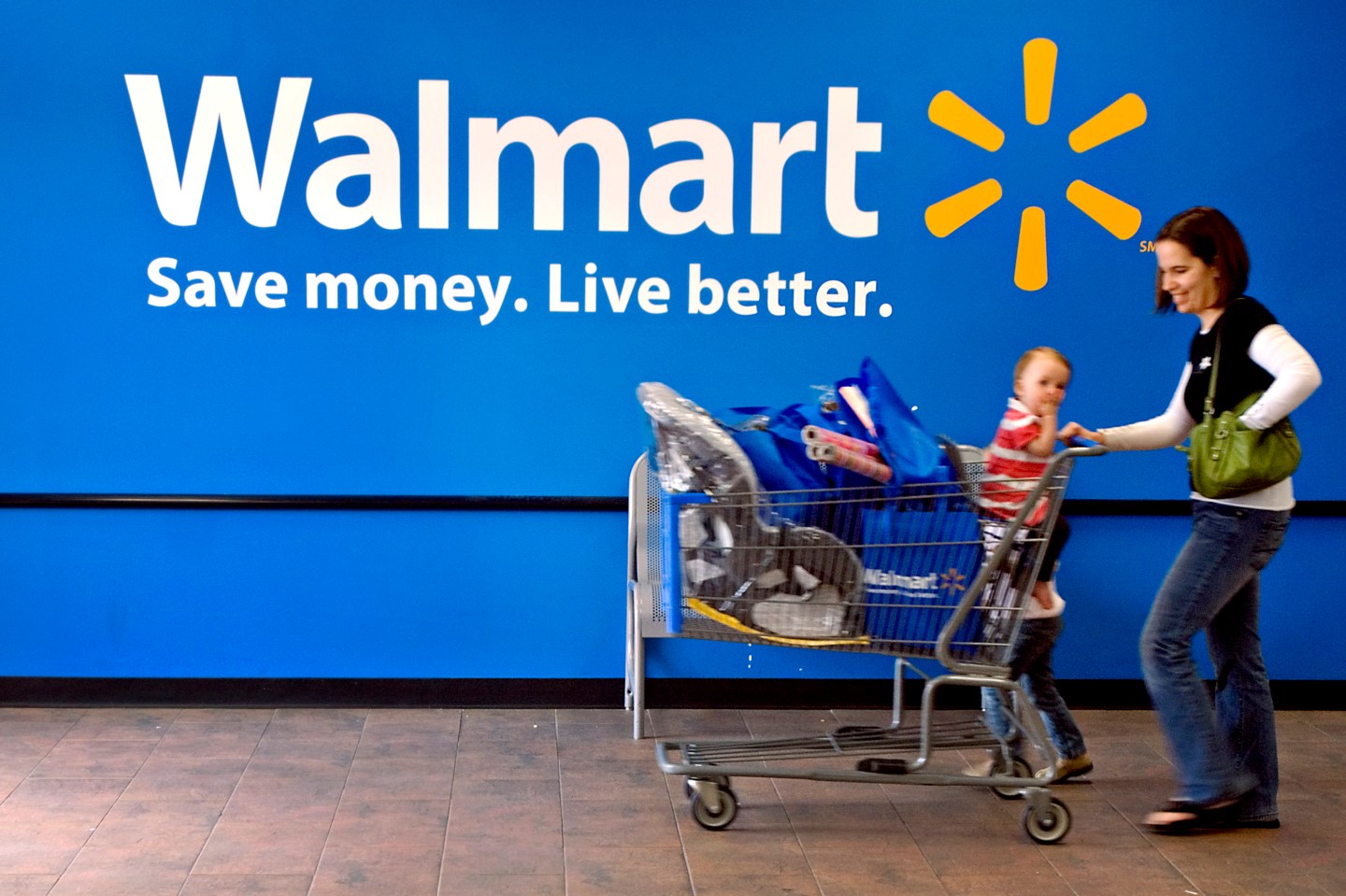 Wal-Mart Stores spent the day telling investors about how it will jumpstart its U.S. comparable store sales, which have been flat for six straight quarters.

But after describing its big investments in e-commerce and plans to build more small-format Neighborhood Market grocery stores, Wal-Mart had some of bad news: the company lowered its sales forecast for the rest of the fiscal year. The company now expects global sales to rise by just 2-3% rather than its earlier forecast of 3-5% growth.

The trimmed outlook unnerved investors, especially because the all-important holiday season is just around the corner. The retailer blamed a tougher-than-expected sales environment and cuts to a U.S. food stamp program.

And Wal-Mart (WMT) does not expect especially robust growth through 2018. Sales will rise 2.5-3.5% annually through 2018, the company said, while profits will rise more slowly because of increased investment on e-commerce.

“We have many customers that do rely on SNAP (food stamp program), so it did affect our sales,” Chief Financial Officer Charles Holley said in a conference call. “There’s been a general weakness in the economy.”

Last November, the government cut food-stamp benefits for about 47 million Americans. About 18% of all food stamp dollars in the U.S. are spent at Walmart.

The company is unlikely to find relief abroad, the source of 40% of overall revenue. Fluctuating exchange rates means that sales abroad are being translated into a smaller amount of U.S. dollars.

“Everywhere I travel, I see tough economies and stretched consumers, and that hasn’t changed through the course of the year,” Wal-Mart International Chief Executive David Cheesewright told investors earlier in the day.

Wal-Mart’s lowered forecast wasn’t the only thing that might give investors pause after last week’s bullish holiday spending forecast by the National Retail Federation, which predicted that U.S. holiday spending will rise 4.1%. EBay (EBAY) lowered its sales forecast for the year, signaling a slow holiday season. And in the morning, before yet another bloodbath in the stock markets, the U.S. Department of Commerce reported weak September sales.