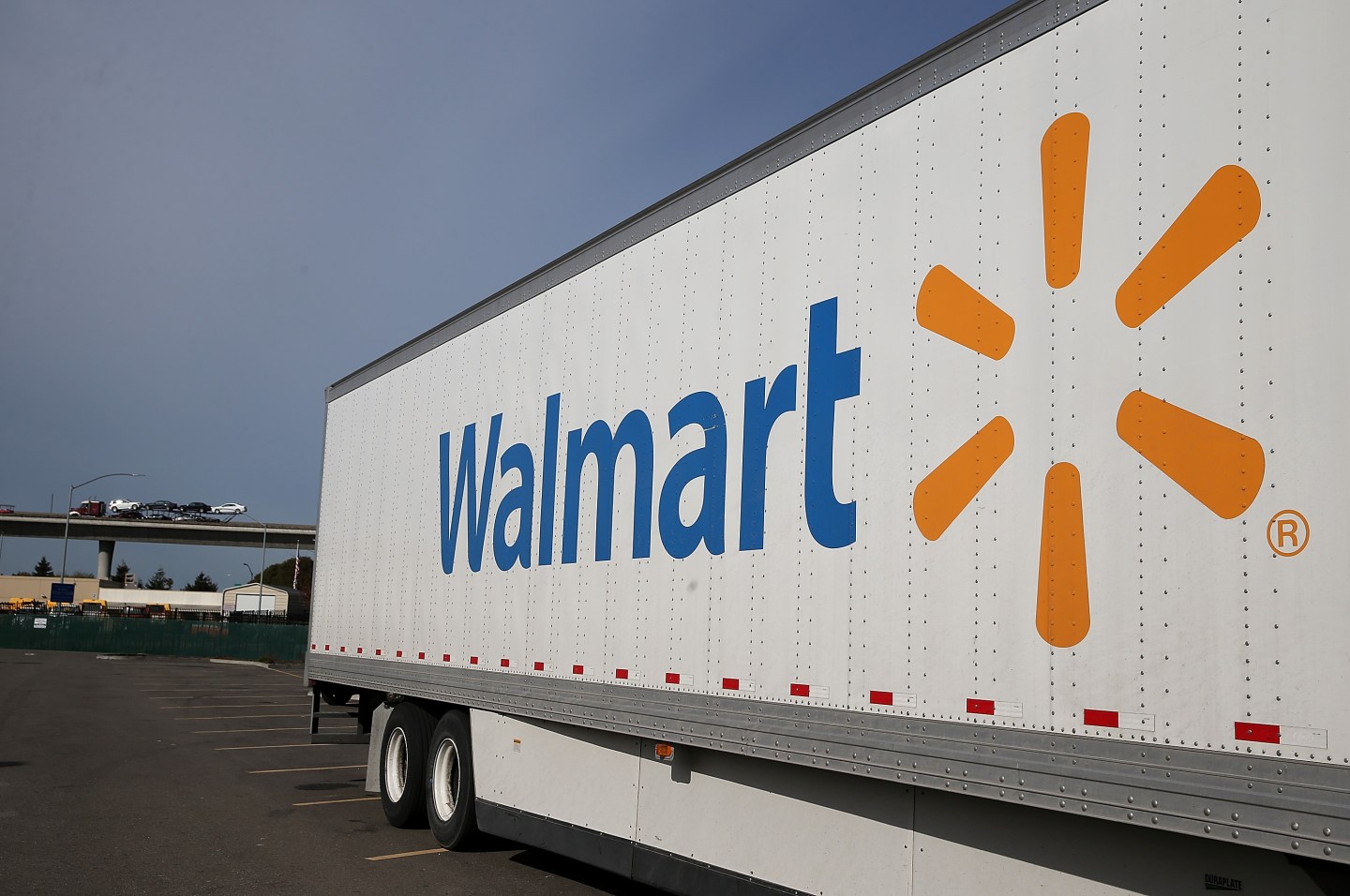 Wal-Mart Stores (WMT) CEO Doug McMillon is apparently growing tired of the discount retailer’s ongoing U.S. doldrums. And on Wednesday, he laid out his plan to fix it.

At the retailer’s annual meeting with investors on Wednesday, McMillon said the company would spend more of its capital budget on building up its e-commerce muscle, and less on its stores, a big change for a company whose mantra under founder Sam Walton for decades was to expand, expand, expand, ultimately creating a fleet of 3,300 super centers that dot the country, but that are now bringing in fewer shoppers.

Wal-Mart has reported six consecutive quarters without growth in comparable sales (which excludes newly opened stores) in the United States, hurt by lower shopper traffic, too many out-of-stocks, and an underperforming grocery business. And it sounds like things are still slow in this quarter: Greg Foran, the CEO of Walmart US, the retailers biggest unit with revenue of $279 billion last year, said sales of general merchandise and consumables are still under pressure. (Retail sales in general in September were a bust. )

A bright spot has been Wal-Mart’s small fleet of 400 Neighborhood Market stores (with another 200 in the works), which are like local grocery stores. The stores are easier to reach than super centers and cater to customers wanting a quick in-and-out trip. Wal-Mart is in the process of expanding Neighborhood Markets but is planning to build half as many new super centers next year (60-70) than this year.

So e-commerce has become a top priority for McMillon as shoppers expect a wider assortment, convenience and the ability to compare prices more easily. And the integration of e-commerce and stores to speed up shipping and offer customers more options for placing and picking up orders is paramount.

“There is no excuse for us not to be doing better,” said McMillon, speaking from Arkansas. “Super centers should be delivering positive comps.”

In comments that alluded to stiff competition from Amazon.com (AMZN) McMillon said Wal-Mart had to broaden its assortment far beyond what it has traditionally sold at its stores.

Foran noted a “slight” improvement in the company’s out-of-stock problem. And in a shot across the bow at the start of the holiday season, he said it was imperative that Walmart keep its focus on offering the best deals. “We cannot let the competition beat us on price,” said Foran, who started his job in August, replacing Bill Simon.

But even there, there seems to be work for Wal-Mart to do. Wal-Mart’s new comparison shopping app Savings Catcher, which gives shoppers the price difference back on a gift card, already accounts for 3% of Walmart transactions and is used by 5 million customers. In a sign of how tough it is to be a “price leader,” half of the receipts sent to the app qualified for credit because it found lower prices at other stores. Yet another issue Walmart U.S. is tacking is slow checkout from insufficient staffing, so Wal-Mart is staffing far more cashiers this holiday season.

While both Foran and McMillon sounded upbeat about the U.S., their comments showed the repair job was very much in progress.

“We can’t turn this ship around overnight,” said Foran. “But this is our focus, and we’re after it.”