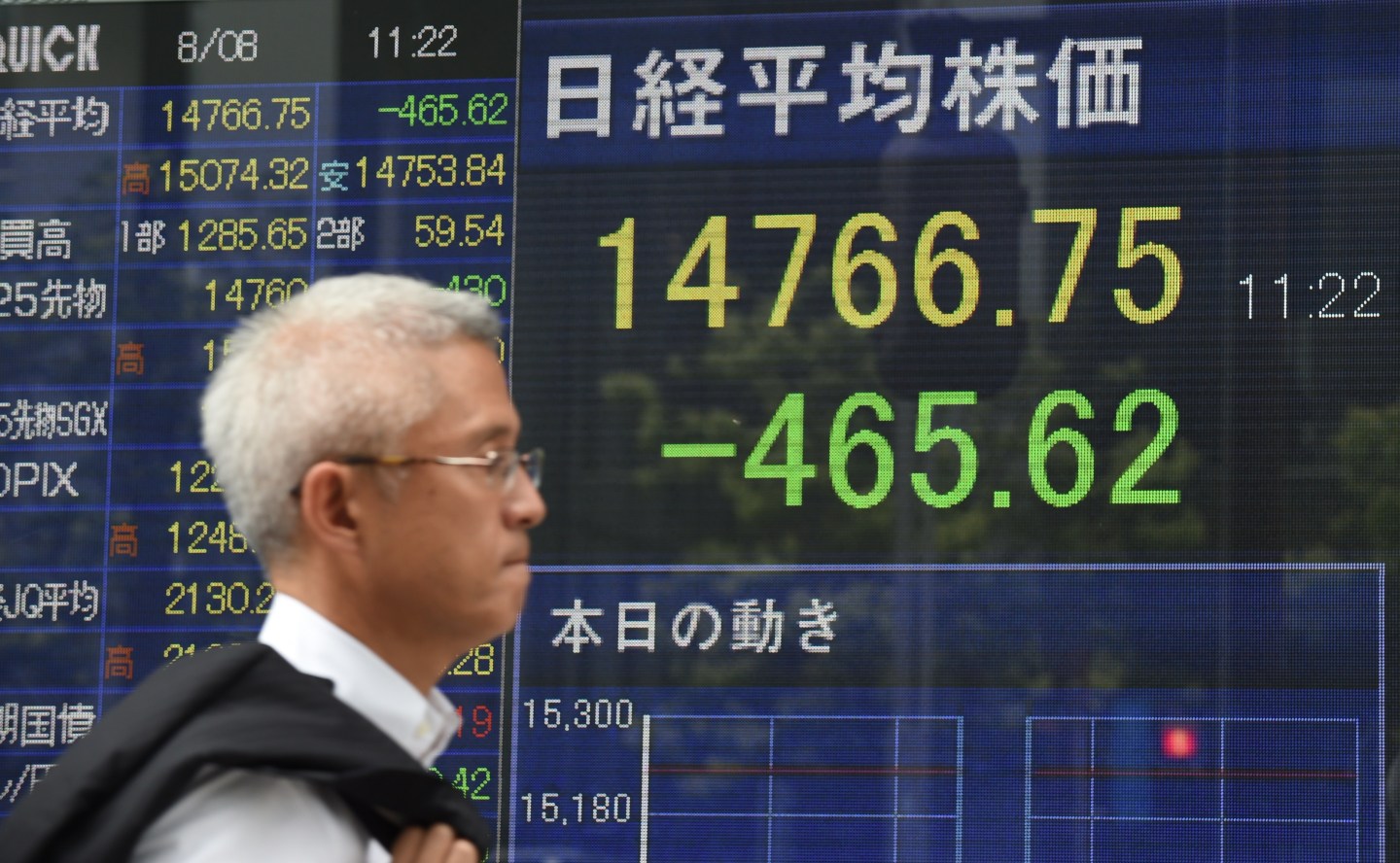 A pedestrian walks past a share prices board for the Tokyo Stock Exchange in Tokyo on August 8, 2014. Tokyo stocks dropped more than 3.0 percent in morning trading after US President Barack Obama said he had authorised air strikes on Iraq. AFP PHOTO / KAZUHIRO NOGI (Photo credit should read KAZUHIRO NOGI/AFP/Getty Images)
Photo by Kazuhiro Nogi AFP—Getty Images

Some serious stuff going on in the world today, so lets get right to it. Here’s what you need to know in business news today.

U.S. stock futures sank sharply earlier this morning after President Barack Obama authorized airstrikes in Iraq to protect American personnel in the nation. He also said the U.S. will begin humanitarian aid air drops. Equity futures have since worked off their losses, but the possibility of more military action in Iraq weighed heavily on Asian and European markets.

Cybersecurity might be the most important thing a social media company does. Facebook just took a step to improving theirs, buying startup security company PrivateCore.

3. Malaysia Airlines to be privatized

The airline has been involved in the two huge disasters this year, and has been on a downswing for several years. Malaysia’s state investment group is planning to takeover the company, the first step in a complete restructuring, according to The Wall Street Journal.

A franchisee of everyone’s favorite sandwich chain is being accused of creating fake workers to avoid paying employees overtime, according to a report in the Huffington Post. The store is located in Washington, D.C. Subway itself is not mentioned in the lawsuit.

The future is now, people. Business Insider has a story on how people are now receiving bionic eyes. The story notes that this is happening 700 years after the first eyeglasses were invented.