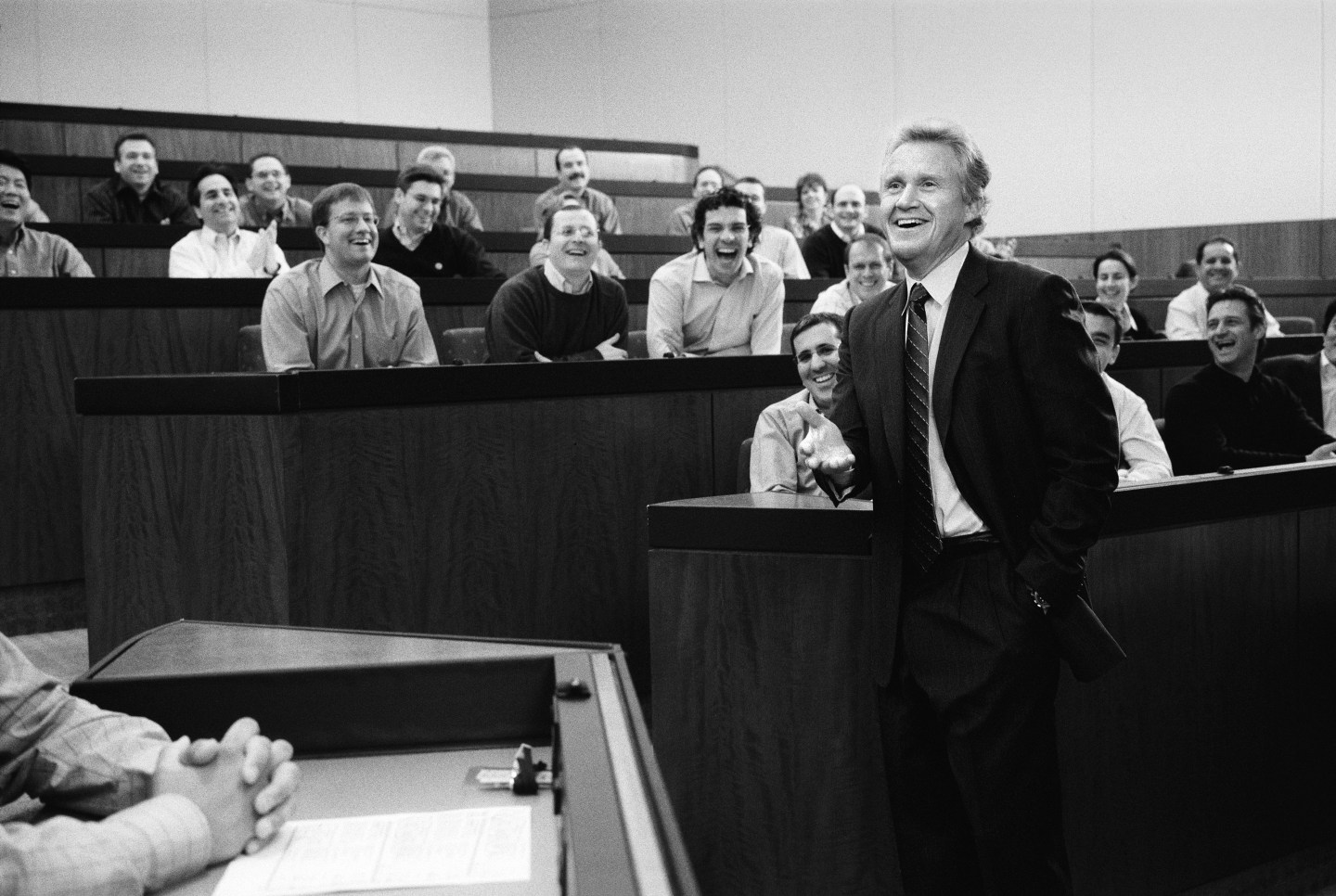 On paper, the most admired company in America—and the world—may not look all that distinguished. It isn’t the biggest or the most profitable; it’s not the fastest growing or the most valuable. Its stock has been practically inert for years. Allegations of managed quarterly earnings keep showing up in the press. What’s to admire?

Yet this company, General Electric (GE), is No. 1 on our list once again, the most admired company for the sixth time in the past decade. (It last reached the top slot in 2002.) And if you’re wondering whether we’ve got some pro-GE bias in our survey—nope. GE has also ranked No. 1 in the Financial Times’ “most respected” survey for seven of the past eight years, and it topped a recent Barron’s ranking of most admired companies. The results speak for themselves. But why does the world love this company so much?

The answer lies in the fact that our survey (like the others) is a poll not of consumers but of businesspeople working in the same hard world as GE. They admire GE the way golf pros voted Tiger Woods Player of the Year in 2003, when he didn’t win a major championship or top the money list: Through good years and bad, GE consistently does things the rest only wish they could.

For the past century or so, for example, GE has continually set the agenda of management ideas and practices that other companies will follow. Practically everyone in business realizes this. GE’s record of being ahead of the game is remarkable. Under Charles Coffin, who led the firm from 1892 to 1912, GE set principles of organizational design that would guide large companies–above all, the idea that the company’s most important product was not light bulbs or transformers but managerial talent. In 1900 the company started the first corporate R&D lab, and in the 1930s it focused on cooperative labor relations, adopting pension plans and profit-based bonuses to keep employees away from unions. In the 1950s it produced the famous “blue books”—five volumes of ultra-detailed guidance for GE managers—that shaped management everywhere. In the 1960s it led the move to strategic planning. In the 1980s and 1990s, it took concepts like leadership development, Work Out, and Six Sigma and made them the stuff of the global management culture. Most organizations will never establish any kind of intellectual leadership. Maintaining it for 100 years is a unique achievement.

But wait a minute. A lot of those ideas are dead. Isn’t strategic planning now generally scorned, for example? Aren’t the blue books and the whole centralizing ethos behind them long since abandoned? Yes—and GE led the scorning and abandoning. Here is another GE trait that businesspeople especially admire: an ability to change direction unabashedly. “Most people inside GE learn from the past but have a healthy disrespect for history,” says CEO Jeff Immelt. “They have an ability to live in the moment and not be burdened by the past, which is extremely important.”

It’s hard to find any other organization that so enthusiastically destroys its own creations. Coffin created an organizational structure based on functions; Ralph Cordiner (CEO, 1950-63), broke it to pieces. He got GE into computers, and then Fred Borch (CEO, 1963-72) bailed out. Reg Jones (CEO, 1972-81) established a layer of sector executives and bought a coal-mining company; Jack Welch (1981-2001) abolished the layer and sold the mines. Welch built up the insurance business; Immelt offloaded it. Immelt is putting his own stamp on the company by reemphasizing its scientific research labs and a long-dormant marketing function.

The result of GE’s seamless, constant reinvention of itself is that while companies are constantly emulating GE, they’re frequently a step or more behind, and they know it. That’s another reason they consistently admire the company.

“The ability to demand high performance without being heartless,” says Immelt, “has been a part of GE for a long time.”Ben Baker

GE does one more big thing: develop people, evaluate them, and act on the results. The company takes a lot of heat for getting rid of the bottom 10% of its employees every year, but that’s only the end point of a process of constant appraisal. The fired ones are not surprised when the ax comes down. And the result is an extraordinarily high-performing organization. “The ability to demand high performance without being heartless,” says Immelt, “has been a part of GE for a long time.”

Dan Mudd is the president and CEO of Fannie Mae; as president and CEO of GE Capital Japan from 1999 to mid-2005, he saw this dynamic from the inside. “GE, like anywhere else, has a little bit of politics, a little bit of personal stuff and all that,” he says, “but compared with all the other organizations I know, it’s minimized. It’s upfront. You know what you have to do to succeed.” Most companies, frankly, don’t have the stomach to give frequent, rigorous evaluations–and to fire those who need to be fired. They admire a company that does.

But then there’s the matter of the stock price, down about 18% since Immelt took over in September 2001. In the view of one fan who knows a bit about the market, GE’s recent lassitude in that regard isn’t so important. Warren Buffett says, “I think the people who respond to Fortune’s survey are looking beyond the recent action of the stock—looking at the challenges Jeff has faced and how well he is handling them.” Of course, a flailing stock is nothing to admire. The fact that GE’s reputation has stayed so solid despite the stock’s woes probably reflects a belief among those surveyed that GE will rise again.

It’s all about the long term. No other U.S. company has been as dominant for as long as GE. Of the 12 firms that Charles Dow put into his original Dow Jones industrial average in 1896, GE is the only one still in the index, and most of the others are dead. Survival is another achievement to admire.

Could GE blow it? Sure. All it would take is a slight slackening of rigor, a tiny easing of standards, a growing taste for self-congratulation, and GE could go the way of Woolworth, Studebaker, and Bethlehem Steel.

Immelt quite properly says, “I would never run the company to be the most admired.” But because GE’s stature is based on so much more than just a good year or two, alarm bells should go off in Fairfield, Conn., if it isn’t at least in contention.

For more perspectives on GE, read our interviews with experts in The GE Mystique, originally published as part of this story.