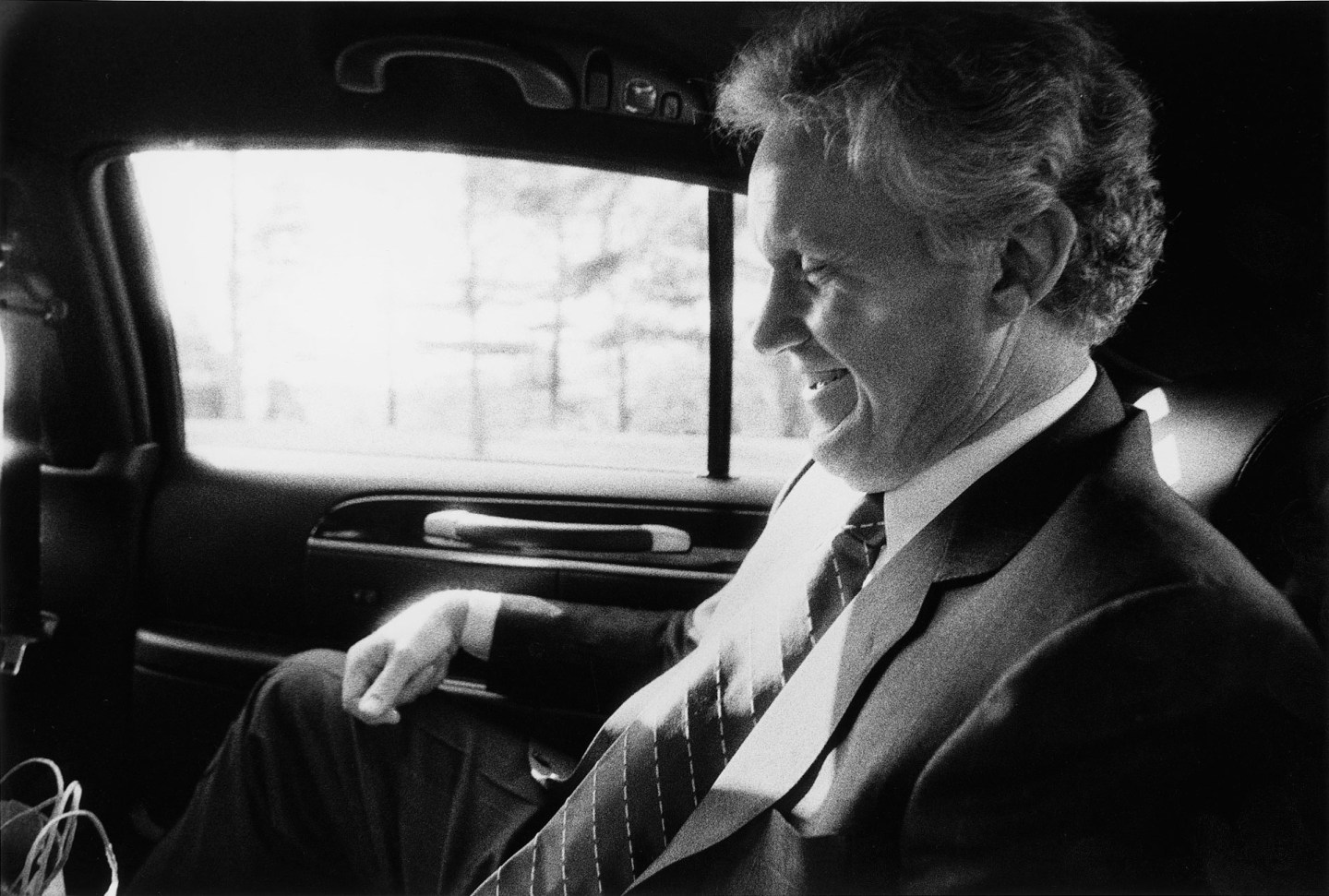 Kevin Rollins, CEO of DELL
GE is a major customer of Dell

About three years ago Michael Dell and I met with GE management and discussed their leadership development programs. We knew that at Dell we were not growing our own leaders fast enough. We were having to hire from outside—and that demoralized our internal folks.

We wanted to study GE’s model. So we sent an executive to go through the GE training program, then created a course tailored for our people. It has worked amazingly well. We have maybe 15 or 20 people in each course, once a year. They’re taken offsite for two weeks and are immersed; it’s all executive-taught. They come away with renewed energy to be a great leader but also renewed appreciation for the fact that Dell wants them to do well. Michael and I have spent a ton of time out there.

Kevin Sharer, CEO of Amgen
Worked at GE from 1984 to 1989, as a corporate strategist with Jack Welch and as CEO of the Americom satellite broadcasting unit

GE has set a standard in leadership development in a way that all of us have benefited from. It has also set a standard in candor—that is, dealing with reality and rigor in communicating around the company. Everybody has a real chance to know exactly where they are. There is no puffery. That is buttressed by rigorous, fact-based, honest assessment of the business situation. There isn’t an ounce of denial in the place.

In addition, there’s a real pride in being part of GE—a common sense of purpose. It’s well known but still worth noting that the operations and financial promises are not “we’ll give it our best shot” kind of promises. They’re really sacrosanct. Finally, GE is aggressive. They think big and they take risks.

GE has been able to display these characteristics over decades, over CEO transitions, through business cycles. I think the sticking power of the place is a large part of why it’s so admired. GE is able to just do it again and again.

GE is the best school of management in the world bar none. As innovators, though, I don’t admire them very much. They have gotten new growth businesses through acquisition, but in terms of internally generated growth engines, they have not been famous for that in the last ten years.

The advantage of a GE-type structure is that every business unit has a finite life. A single monolithic business unit has a very hard time sustaining itself. But if you can create new growth within the corporate umbrella, then the corporation can sustain its prosperity even though the individual business units are dying. The major growth engine at GE has been GE Capital, which has disrupted the traditional banking structure. So it’s been a great growth engine. But the fact that it’s been a great growth engine in the past means it likely won’t be in the future. That’s my biggest worry for GE. I don’t see a new engine of growth that’s comparable to what they’ve enjoyed in the past.

One challenge is that the bigger a business gets, the less and less interest it has in small opportunities. And all the big growth markets of tomorrow are small today. I look at GE and the result of the past success is that their business units are now huge. So in theory, they can keep the growth going, but I think they’d have to slice the business up again. I’ve heard nothing about the awareness of the need to do that.

Chris Kearney, CEO of SPX
Senior counsel at GE’s plastics business from 1988 to 1995

I went from BorgWarner to GE. BorgWarner was a conservative, well-run company with a history of solid operating performance. Being thrust from that culture into GE was like the scene in The Wizard of Oz where it turns from black and white to color. Your eyes open to a totally different way of thinking and challenging yourself and the organization. I felt I was working with some of the best and brightest businesspeople on the planet.

There’s a lot of GE DNA that runs through SPX, with GE people in key positions. What I’ve attempted to do is to create the sense of empowerment and lack of boundaries I felt at GE. Jack Welch challenged people not to grow incrementally but to create new markets. I’ve used that phrase here. Last year I was in China visiting one of our smaller businesses that makes home and commercial heating products. I was sitting in this room in this little factory, and they had the shades pulled and the projector on, and they were doing this slide presentation, talking about how many more products they were going to make in China to send to the U.S. I looked at them and said, “You guys need to get up and pull the shades and look out the window. There’s a world exploding right here in your own backyard.”

That’s something ingrained in me from my GE Plastics days—to look at the world differently and figure out what you’re not doing.

I remember once, early on in my time on the board, Jeff Immelt was talking about an acquisition. He said now what they had to do was to “GE-ize” it. Everybody in the company knows what that means. To be able to attract talent—that’s only the starting point—then to develop it so they have a pick of leaders who all believe in a common cause and are proud to be part of the institution. I think that is the magic.

People love being part of GE. It’s like the highest state of being. One reason is that GE really is a meritocracy. It really does reward those who deliver. Everybody sees that it is the most successful people who are getting ahead. That inspires people to stay. It’s a virtuous circle. The fact that the rest of the world also looks at GE and says, “My God, they are so successful, what a glorious company”—it just sort of feeds the sense of pride and belief insiders have to start with.

GE leadership spends a great deal of time thinking about people. That’s not common. The head of HR comes to our board meetings because he is considered so crucial. People like working for a company where it’s all about them, and about making them as successful as they can be.

Larry Johnston, CEO of Albertson’s
President and CEO of GE Appliances from 1991 to 2001

GE’s 100-year-plus track record is simply about having the very best people at every single position. That is its No. 1 core competency. No one has better people. No one else’s bench strength comes even close. It’s that obsession with people that requires all GE leaders to spend a huge amount of their time on human resources processes—recruiting, reviewing, tracking, training, mentoring, succession planning. When I was at GE, I spent over half of my time on people-related issues. When you get the best people, you don’t have to worry as much about the execution, because they make it happen.

Another secret that keeps GE ticking is the culture of lifelong learning at the personal level and the concept of always trying to make everything better at the business level. The philosophy is that there is an infinite capacity to improve. Even if you’re the best, you can get better. The real winners never stop wanting to get better.

At GE, a thirst exists to search out best practices. That “not invented here” syndrome just doesn’t exist there. When I was in the appliance business, we learned a way to improve inventory processes from a tiny company in New Zealand. We ended up rolling it out across the entire company. It was a multibillion-dollar idea. It wasn’t something we invented, but our people were constantly on the lookout for those kinds of ideas. That sets GE apart.

Jeff Immelt took over in 2001 with a 20-year run ahead of him. That was a tough time—the end of the bubble, 9/11, corporate scandals. He has been able to look at the situation he is in and zero-base GE. What do we keep? What don’t we keep? Jeff’s answer was to propose a new set of values—imagine, solve, build, and lead. These fit with his agenda of moving into whole new sets of businesses, from energy to customized medicine. Jeff is doing what his predecessors did before him: transforming GE to fit tomorrow’s world.

The stock price often takes a while to catch up to what GE is doing. The Most Admired survey may be a leading indicator; it appears to recognize that this guy—in terms of technology, globalization, and initiatives like eco-imagination and recommitment to GE’s R&D tradition—has turned the dial up considerably.

I talk to a lot of CEOs, and they watch Jeff very carefully. He’s also a very easy human being to hang out with.

This article was originally published as part of the feature story, What Makes GE Great?