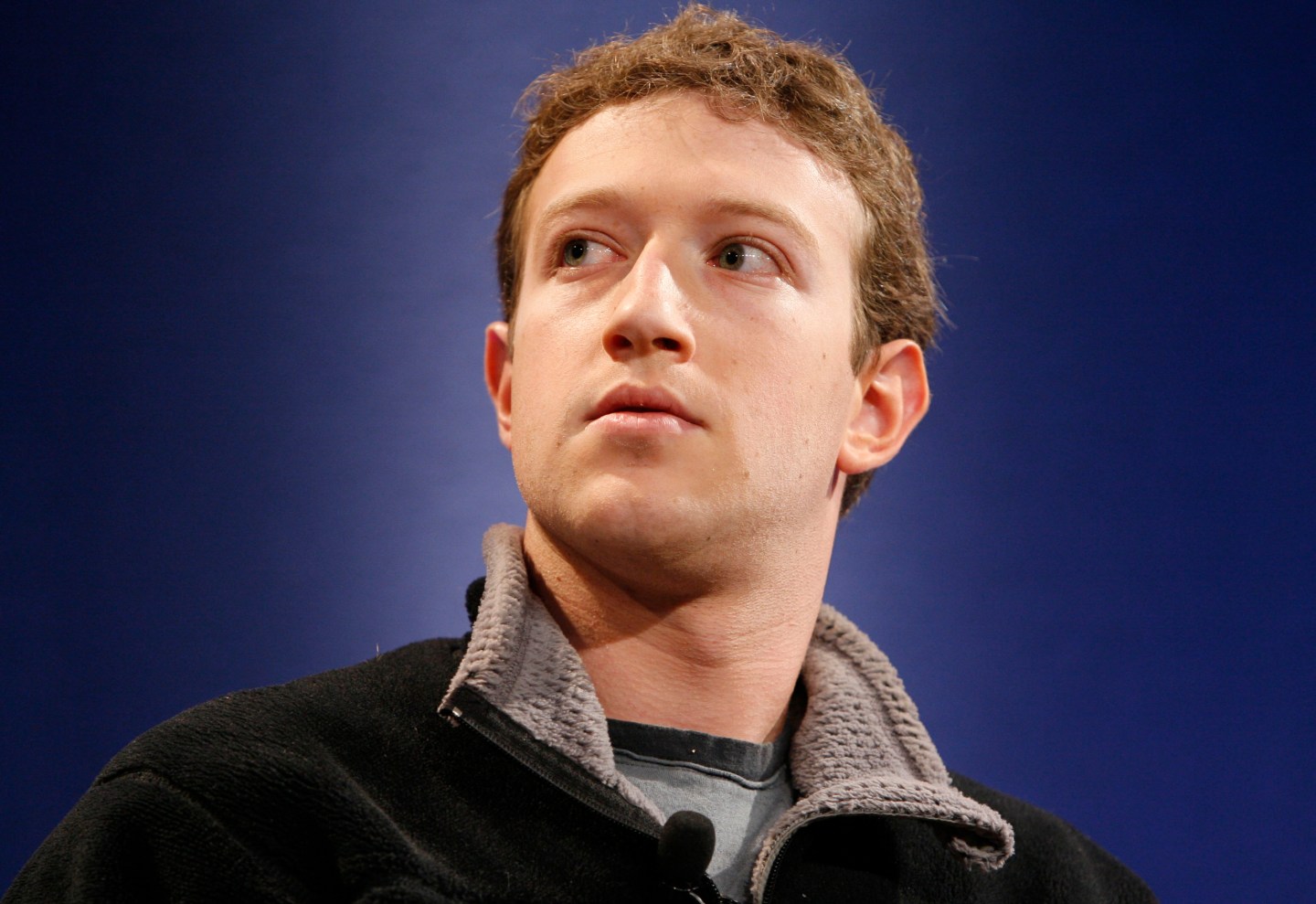 Mark Zuckerberg, the 21-year-old Harvard dropout and founder of Facebook, the red-hot social-networking site, is sharing his plans for building a lasting business. Considering that he already runs the ninth most highly trafficked website in the U.S. and the most buzzed-about company in Silicon Valley this side of Google (GOOG), I should probably be paying closer attention. But as he drops in tidbits from his mentor, Washington Post CEO Donald Graham, about running a company for the long-term, my mind can’t help but wander—from his baby face to the golden retriever sleeping under a desk to Zuckerberg’s business card in my hand and its joyously irreverent message: “i’m CEO … bitch.”

The whole scene is a bit too 1999 for a dot-com veteran. But Zuckerberg (who was, of course, just hitting puberty back then) appears blissfully unaware of the clichés around him. He’s also preternaturally levelheaded—or coy. The word on the street is that his site could sell itself for hundreds of millions of dollars right now. But Zuckerberg is having none of it. “I know that Facebook’s valuation is higher now than it will be a year from now,” he says, suggesting that mammoth buyouts of companies like MySpace and Skype have blown air into a new Internet bubble. “But I don’t care. I suspect it won’t be this high for four years. I’m in this to build something cool, not to get bought.”

What’s so cool about Facebook? With six million members, it has become the website for in-the-know college and, more recently, high school students. Zuckerberg and some friends started the site in 2004 at Harvard, which previously didn’t have a face book (a directory of student ID pictures that classmates use to check each other out). Creating one online led to viral growth: Within two weeks, two-thirds of Harvard students had put up their photos and some information about themselves. After building the site to include 30 schools and 150,000 students, Zuckerberg moved to California to create a company.

Venture capitalists loved Zuckerberg’s pitch. Social-networking sites like Tribe and Friendster were already the rage, but Facebook had the advantage of a highly targeted youth audience. Peter Thiel, a co-founder of PayPal (PYPL) who runs his own investment firm in San Francisco, ponied up $500,000 to Facebook in late 2004. Accel Partners threw in $12 million this year, valuing Facebook at $100 million.

Zuckerberg has used the money for rapid expansion. Facebook (FB) now has users at 2,027 college campuses as well as some 22,000 high schools. Two-thirds of its users come back to the site every day, trolling through profiles of classmates and their friends. Facebook engineers recently added the ability to upload additional pictures; within weeks 15 million photos appeared. The only way to gain access to Facebook.com is with a dot-edu e-mail address. (High school students initially get invited by older friends.) That restricts the site to students and recent grads.

With all the buzz, Zuckerberg has been able to attract top talent, including executives from Amazon.com (AMZN), America Online, and Yahoo. He says Facebook is already profitable. Apple (AAPL), Electronic Arts (EA), and Geffen Records sponsor dedicated pages on the site. And with such high traffic, selling banner ads is a snap. As for the long-term growth plan? He’ll let you know when he’s ready … bitch.