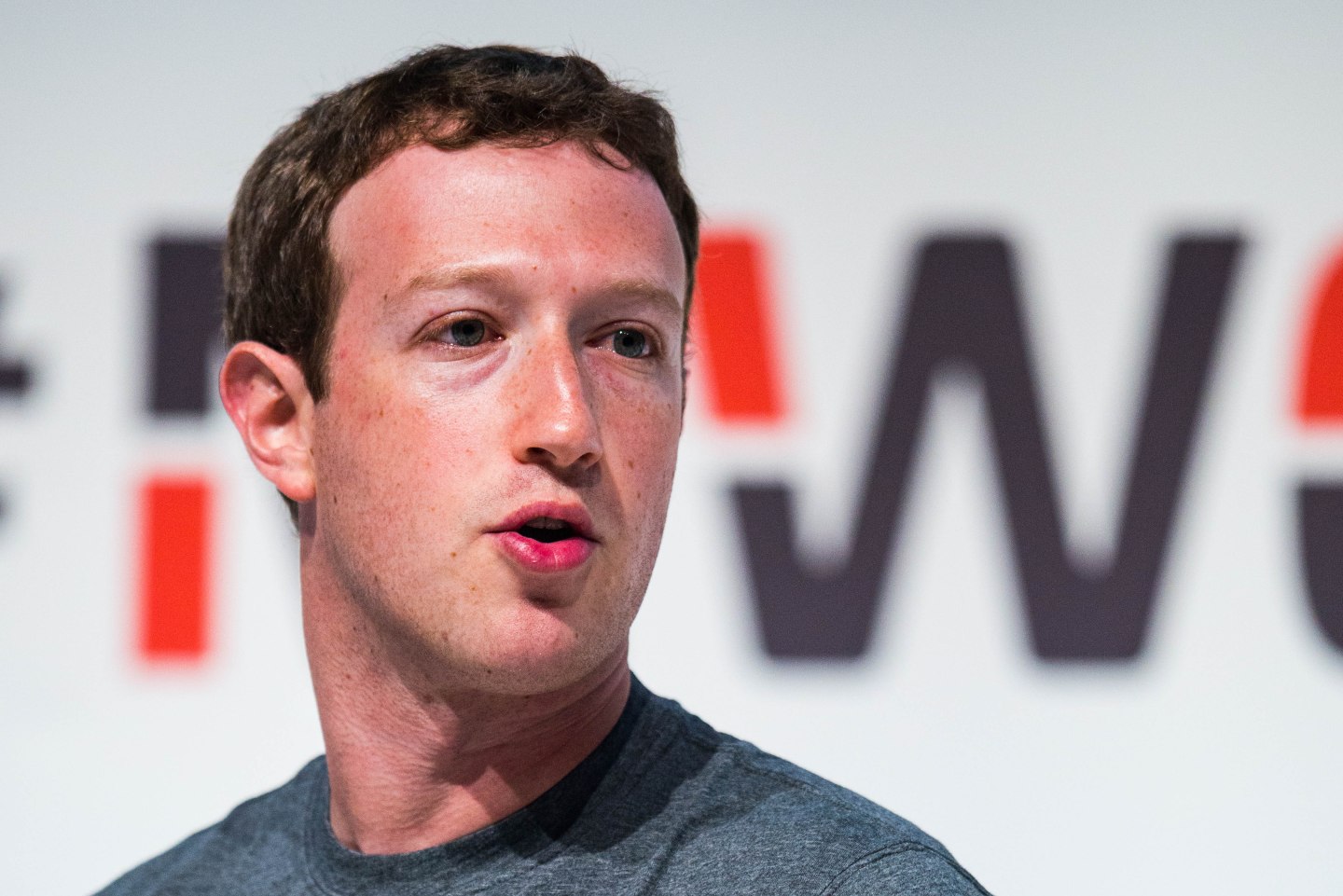 BARCELONA, SPAIN - MARCH 02: Founder and CEO of Facebook Mark Zuckerberg speaks during his keynote conference during the first day of the Mobile World Congress 2015 at the Fira Gran Via complex on March 2, 2015 in Barcelona, Spain. The annual Mobile World Congress hosts some of the wold's largest communication companies, with many unveiling their latest phones and wearables gadgets. (Photo by David Ramos/Getty Images)
David Ramos/ Getty Images

In a short missive to Facebook (FB) employees, CEO Mark Zuckerberg expressed support for long-term board member Peter Thiel, who has become a pariah in much of Silicon Valley for his comments about women and his staunch support of Republican presidential candidate Donald Trump.

“We can’t create a culture that says it cares about diversity and then excludes almost half the country because they back a political candidate,” wrote Zuckerberg. “There are many reasons a person might support Trump that do not involve racism, sexism, xenophobia or accepting sexual assault.”

Zuckerberg also referred to the strong views that surface during election time and stated that embracing differences should encompass not just gender and race, but political and religious viewpoints as well.

The message first surfaced on Hacker News, where it was posted as a screenshot of an internal company discussion board. (You can see a full copy here). In an email to Fortune, Facebook confirmed the authenticity of the post and said it spoke for itself, but declined to comment further.

Zuckerberg’s words come as controversy around Thiel spiked anew this week on news the controversial billionaire had donated $1.25 million to Trump’s campaign. The contribution led Ellen Pao, an influential lawyer and tech executive, to call on the Silicon Valley accelerator firm Y Combinator to fire Thiel. Meanwhile, Thiel remains deeply unpopular in media circles over his practice of secretly bankrolling lawsuits against publications he dislikes.

But other influential tech voices appear to share Zuckerberg’s view, suggesting that Trump may be abominable, but that purging anyone who supports him could be a slippery slope.

If YC founders don't want to work with Thiel, that should be their right. But saying that @sama must fire Thiel or resign seems dangerous.

Meanwhile, a secretive data company founded by Thiel is embroiled in a separate controversy with the Obama Administration, which is suing it for allegedly discriminating against Asian job applicants. Palantir is disputing the claims.