5 foods and drinks that will only make your anxiety worse 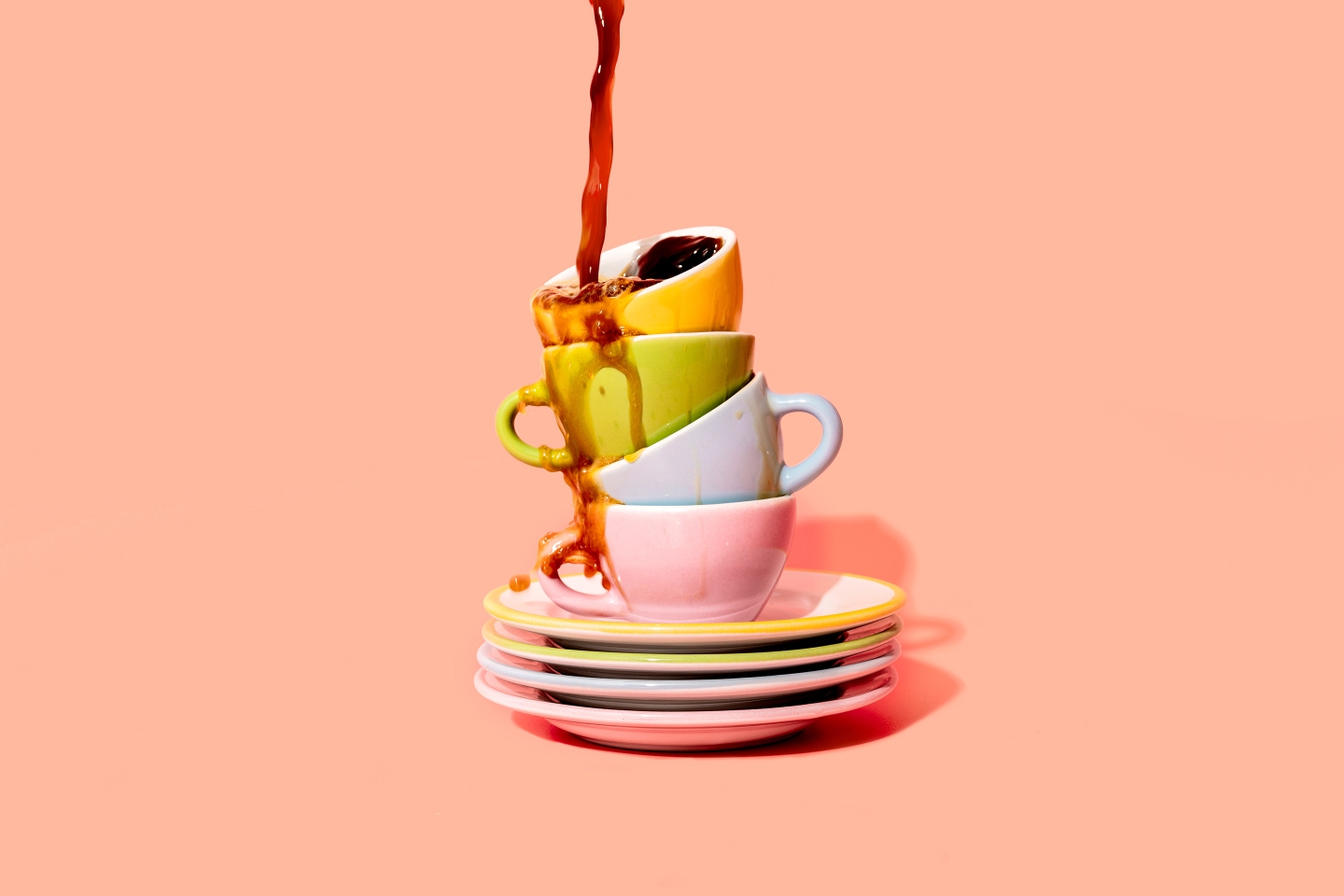 There’s nothing worse than when that extra cup of coffee kicks in, making your heart pound, and intensifying your anxiety symptoms. The physical symptoms of anxiety range from a racing heart rate, to trouble sleeping, irritability, fatigue, and jitteriness. While some food and drink choices can help lower anxiety, others may make the physical symptoms worse.

“There are a lot of contributors to anxiety, and nutrition is just a piece of it,” says Katie Knafla, a registered dietician with Life Time, a chain of health clubs. “But we do have more control over nutrition than many other areas, so implementing small changes and habits can go a long way.”

It’s not about cutting certain food and beverage groups completely out of your life—or quantifying them as “bad,” which can further create anxiety, says Dr. Eileen Anderson, director of education, bioethics and medical humanities at Case Western Reserve School of Medicine. Instead, she suggests monitoring which foods have qualities that exacerbate or increase your anxiety and could be minimized, especially during times when you’re feeling particularly anxious.

Here are the foods and beverages experts say are the worst for anxiety:

Of course, caffeine can provide that helpful early morning jolt—waking our senses into reality and affecting neurotransmitters in the brain associated with adrenaline and energy.

However, for those with anxiety, caffeine’s energy boost may leave you feeling more nervous or on-edge later, since the physiological symptoms of caffeine (like a faster heart rate or shakiness) may also emulate those of anxiety.

Caffeine is found in coffee, tea, chocolate, various energy drinks, and even in some pain relievers, so it’s important to monitor the caffeine content in everything you consume to keep track of how much you’re really getting. The general guidance is no more than 400 milligrams per day for healthy adults. That’s the equivalent of about four or five cups of coffee. But some people are more sensitive to caffeine than others and should limit or avoid caffeine altogether depending on their symptoms.

It’s also a good idea to avoid caffeine within six hours of bedtime because it can disturb your sleep, which only worsens anxiety.

Consider swapping out that caffeinated drink for a soothing herbal tea.

Artificial sweeteners, like those found in sodas, energy drinks, and in sugar substitutes commonly added to coffee, can spike your blood sugar, leading to a sudden crash, says Anderson.

“They [lead to] a massive dip that further exacerbates their anxiety,” Anderson says.

Studies have shown that there’s a link between diets high in processed foods, like deli meats and hot dogs, and anxiety and depression. Another reason to avoid them? Highly processed meats may contain hydrogenated oils and high fructose corn syrup, which can affect cognitive function.

Alcohol is a depressant that can alter the serotonin levels in the brain which help regulate mood. While many turn to alcohol for short term relief from anxiety, it can also exacerbate anxiety when it wears off.

Alcohol can also cause increased anxiety—or ‘hangxiety’—the day after drinking because it increases levels of cortisol, the stress hormone, and sends other mood regulators out of whack.

Additionally, while alcohol can potentially help you fall asleep, it may also lead to waking in the middle of the night, which can worsen anxiety symptoms.

Fried foods produce compounds that cause inflammation in the body, which is associated with a variety of chronic conditions like anxiety, says Dr. Dana Hunnes, a senior clinical dietitian at UCLA medical center and assistant professor at UCLA Fielding school of public health.

Limiting fried foods and instead maintaining a diet rich in whole foods with proteins and complex carbohydrates will help regulate mood and fuel the brain.