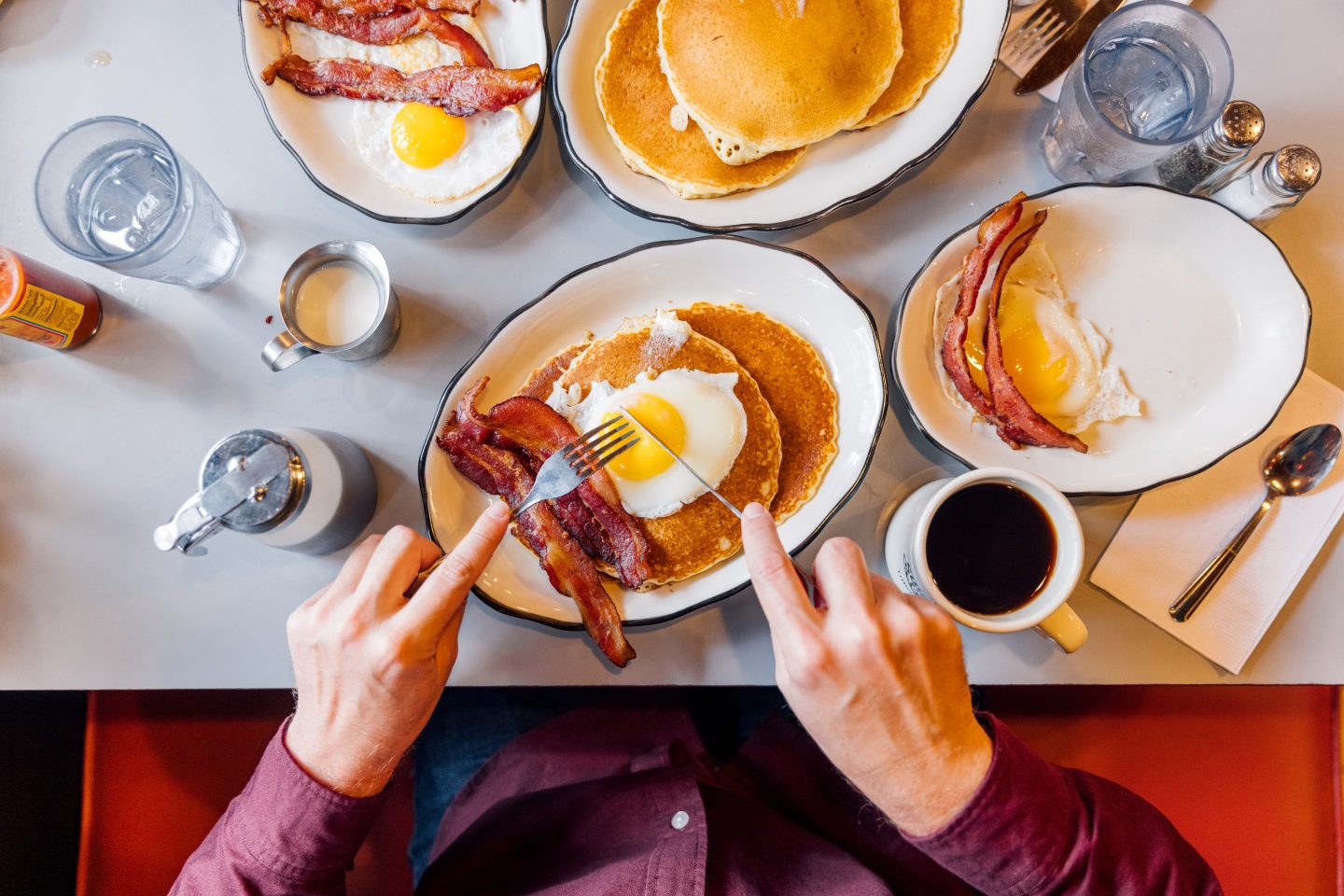 Eating most of your daily calories in the morning could help with long-term weight loss, scientists have found.
Alexander Spatari—Getty Images

Good news for fans of a hearty breakfast—fueling up on more calories in the morning could help you lose weight, scientists say.

In a new peer-reviewed study, British and Dutch researchers found that eating a “morning loaded” diet—meaning calorie intake that peaks early in the day—was better at helping with appetite control than an “evening loaded” diet, where meals got bigger as the day went on.

The study monitored 30 individuals who were classified as either overweight or obese, but were otherwise healthy, who all participated in a calorie-restricted diet that lasted for four weeks.

The food eaten on both diets was identical, but portion sizes were adjusted to provide the correct calorie serving size for the meal.

All meals consisted of 35% fat, 30% protein and 35% carbohydrate. Breakfasts on the morning and evening loaded diets included toast with sausage and bacon, served with a fruit smoothie, and omelets served with toast and a glass of milk.

Outside of the prescribed foods, participants were permitted to consume decaffeinated zero-calorie drinks, such as sugarless black tea and coffee or diet sodas.

While both diets resulted in similar levels of weight loss, the research team noted that participants on the morning loaded diet reported significantly lower levels of hunger.

“A small breakfast more rapidly empties from the stomach, leaving the consumer hungry again sooner,” they said in their paper. “A larger meal in the morning could help increase the content remaining in the gut and duration of emptying, therefore reducing the likelihood of overeating later in the day.”

“Morning loaded intake (big breakfast) may assist with compliance to weight loss regime through a greater suppression of appetite,” they added.

The researchers also mentioned a previous study that found the rate of late eaters’ weight loss slowed down around five weeks into their diet.

“It is therefore possible that we may have found more striking effects in terms of weight loss over a longer duration,” they said. “Diets that promote greater calorie intake in the morning and lower calorie intake (or longer fasting) in the evening are likely to produce sustained weight loss.”