Could over-the-counter pain relievers be making your back pain worse? 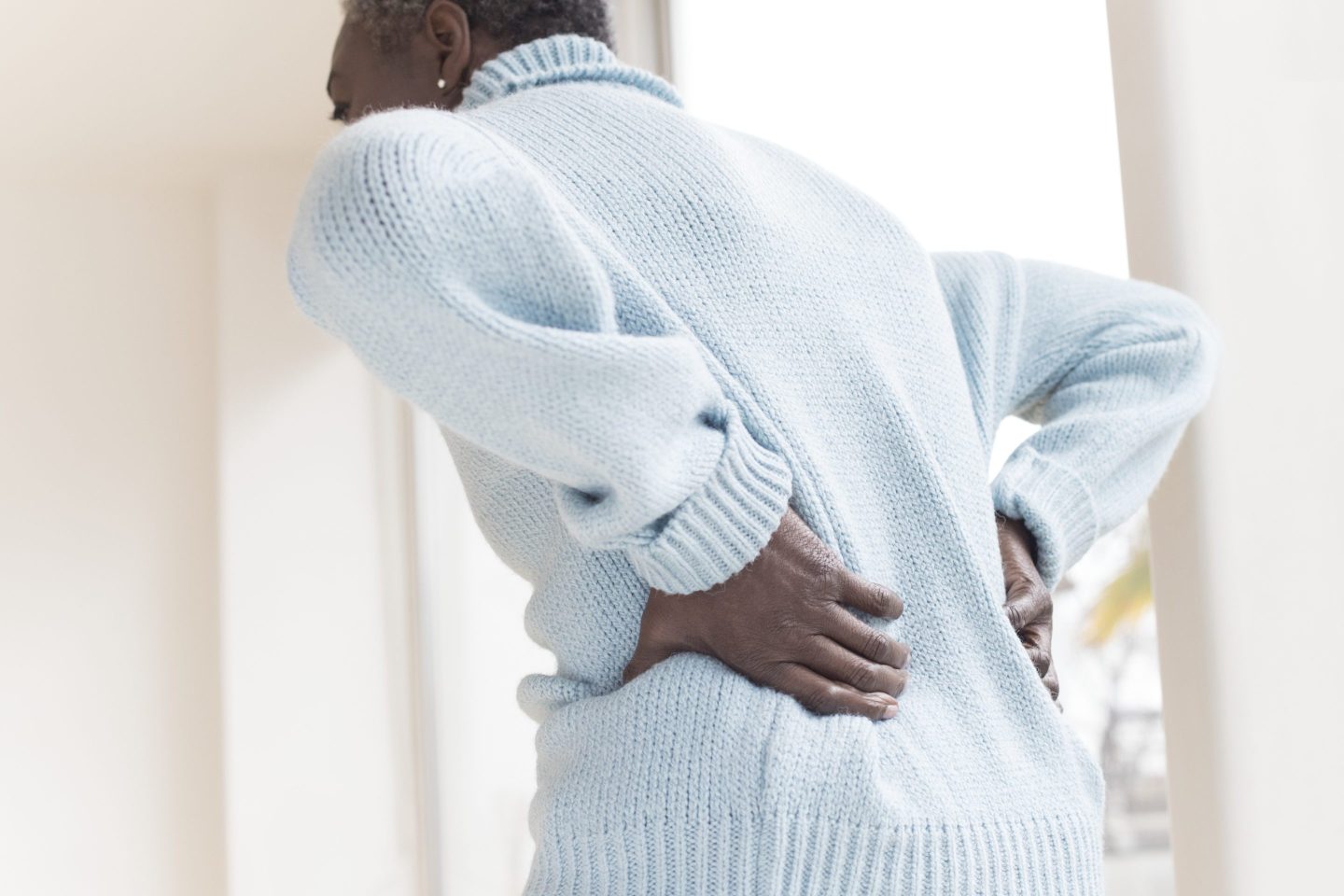 Low back pain is the most common and debilitating of all pain complaints. Heavy lifting can cause it, but so can sitting at a desk all day, especially if you have bad posture and poor back support. Think hunching over a laptop at your dining table. Most times, an acute injury causing lower back pain will get better on its own in a matter of weeks. But it also can become a more lasting problem, especially as you age. Now some new science suggests one reason for this could be that we’ve been approaching the inflammation that comes with back pain all wrong.

“Most back pain is caused by a run-of-the-mill sprain,” says Frederick Wilson, DO, a doctor of osteopathic medicine specializing in back pain at Cleveland Clinic’s Solon Family Health Center in Solon, OH, who was not involved with the study. “You might be working in the yard or playing football with the kids and you wrench it.”

Wilson says such injuries often involve muscle spasms and micro-tears in your ligaments. Current recommendations would have you reaching for ibuprofen or another anti-inflammatory medicine to help relieve the pain and swelling. But a recent study in Science Translational Medicine suggests that inflammation in the early days of back pain isn’t the problem. It actually may be a critical step for the body to heal itself and resolve the pain. It’s when that active healing process doesn’t happen, the new study finds, that an acute back injury leads to chronic problems.

“It’s interesting and completely different from how we’ve approached it before,” Wilson said of the findings.

The new study suggests that using anti-inflammatory medicines to treat a back injury might be a short-term fix with risks for creating longer-term problems. It came as an unexpected surprise to the scientists who discovered it, including Luda Diatchenko, MD, PhD, a pain researcher at McGill University in Montreal, Quebec. She and her colleagues wanted to pinpoint what happens in the body when acute low back pain becomes chronic.

To do it, they looked carefully at immune cells in the bloodstream of 98 people with acute low back pain. They were in search of differences between those whose back pain went away within three months and those whose pain persisted. It turned out that the difference was striking and the opposite of what they’d anticipated. Those who got better showed signs of a dynamic process, including thousands of underlying molecular-level changes consistent with an inflammatory response.

“In people who resolved pain, we saw these huge biological processes,” Diatchenko says. In people who didn’t? “Absolutely nothing happened. It was just like complete silence. So the development of disease isn’t an active process. It’s the absence of this adaptive [inflammatory] process.”

A New Way to Treat Pain?

The differences they saw weren’t explained by any medicine people in the study were taking or not taking. But they do suggest that treating acute back pain in ways that limit the body’s natural inflammatory responses might be counterproductive. To investigate further, the researchers tested the idea in mice. Those studies found that blocking certain immune cells made the animals’ pain last 10 times longer. Treating them with anti-inflammatory medicines had a similar effect. They got more support for the idea from an analysis of data from about 500,000 people with acute back pain in the United Kingdom. It showed that those who treated their pain with NSAIDS, anti-inflammatory medicines including aspirin, ibuprofen, and naproxen (Aleve), more often still had pain years later.

Based on the findings, the researchers say that it may be time to reconsider how acute pain is treated. They are calling for a clinical trial to look at the long-term effects of NSAIDs for acute pain. These medicines can help an injury feel better temporarily but, Diatchenko notes, they don’t have much effect once back pain becomes chronic. Still she doesn’t think the focus should be only on NSAIDs. It’s important also to find ways to boost the body’s natural healing processes.

“People often concentrate on [NSAIDs] and underestimate the other part,” says Diatchenko. “We shouldn’t inhibit our responses. We should enhance them and help our body heal itself.”

Diatchenko says the findings might explain why physical therapy, exercise, and acupuncture often work better than medicine for relieving back pain since they stimulate activity in the body rather than dampen it. As an osteopath, Wilson notes that he also treats his patients with spinal manipulations that bring blood flow to the area and the new findings may offer clues to how this helps.

The best way to avoid chronic low back pain is to avoid injury in the first place. Wilson suggests warming up to get your muscles loose before engaging in weekend activities such as working in the garden. Use correct body mechanics, such as lifting with your legs not your back. Instead of squatting and twisting, try sitting on a stool. When you work from home, make sure your computer screen, keyboard, and chair are arranged so you’re not constantly looking up or down and can use the keyboard without your shoulders slumping. Sit in a chair that gives your lower back support. If you do have back pain, Wilson says, use anti-inflammatory medicines only when you really need to—not around the clock—given their other risks, such as stomach problems and kidney damage. Focus instead on icing the injury to keep any swelling and pain you’ve got manageable while staying as active as you can.

“Don’t lay down for two days or you put yourself at risk of getting weaker,” he says. “You want to try to keep moving if you can. Just don’t push it and listen to your body.”