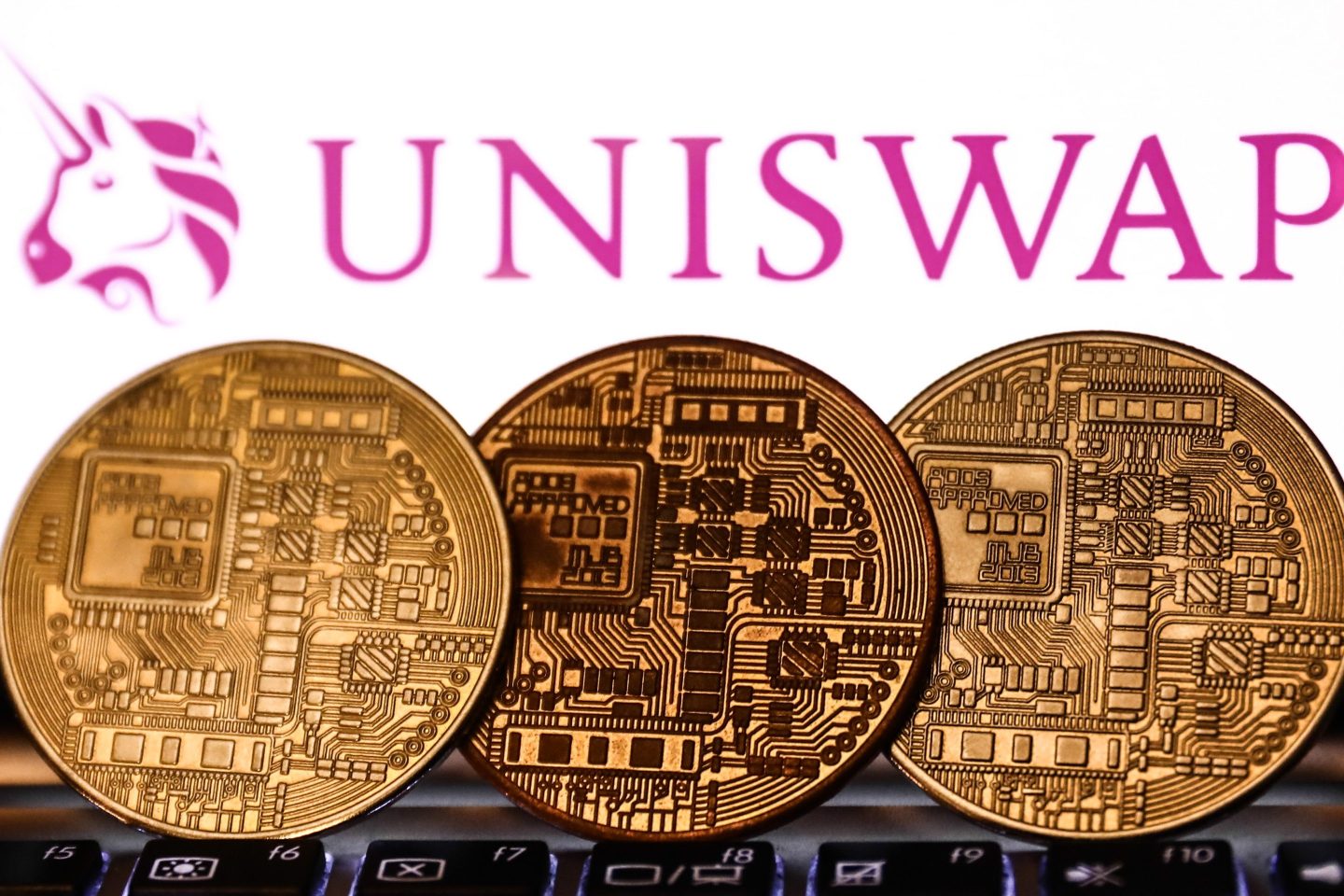 Finally, some good news. After months of stories about market crashes, hacks, and regulatory overreach, it’s refreshing to report on a crypto company getting things right. The company is Uniswap Labs, one of the most important players in DeFi, and I spoke with CEO Hayden Adams for an exclusive story about the firm’s $165 million funding round.

Adams was understandably pleased about the funding, but equally so about how Uniswap and other decentralized projects have been performing during the recent market turmoil. Unlike high-profile flameouts such as Voyager and Celsius—crypto versions of centralized banks—Uniswap didn’t fail in large part because it relies on code, not individuals, to manage its finances.

The Uniswap protocol, which lets people earn income by locking tokens into so-called liquidity pools, has been operating for years now, and at this point is battle-tested: As Adams told me, if there was a bug in its code, someone would have found it by now. Meanwhile, like MakerDAO (another respected DeFi protocol), Uniswap’s design means users don’t have to trust individual executives to ensure the venture remains solvent.

In speaking with Adams, I also was encouraged by his prediction that both DeFi and crypto in general will become much easier for regular people to use. He likens the current era of crypto to the early days of the internet when photo boards and messaging were regarded as separate platforms, but says crypto and Web3 will soon come to feel seamless and intuitive. To this end, Uniswap Labs is building a product that will bring the worlds of NFTs and tokens closer together.

In our conversation, I also was reminded of an industry adage that Crypto Winter is when the gadflies and fly-by-night projects go away, leaving time for serious building to take place. Uniswap Labs is among those doing serious building, and it’s great to see.

Decentraland and The Sandbox—two of the most buzzy metaverse projects that have valuations over $1 billion—are virtual ghost towns lately, with fewer than 1,000 daily users.

The influential crypto think tank Coin Center is the latest to sue Janet Yellen and the U.S. Treasury over sanctions on Ethereum-swapping service Tornado Cash.

Pantera Capital CEO Dan Morehead, an influential crypto investor, says the recent correlation between crypto and other high-risk assets is starting to break.

The ranking GOP member of the House Financial Services Committee, Patrick McHenry, described the current draft of stablecoin legislation as an “ugly baby” but predicted it eventually will pass.

Even CT has a fuzzy side: