Saving our planet is the leading ‘elephant in the room’ the world’s top execs are discussing behind closed doors, PepsiCo VP says 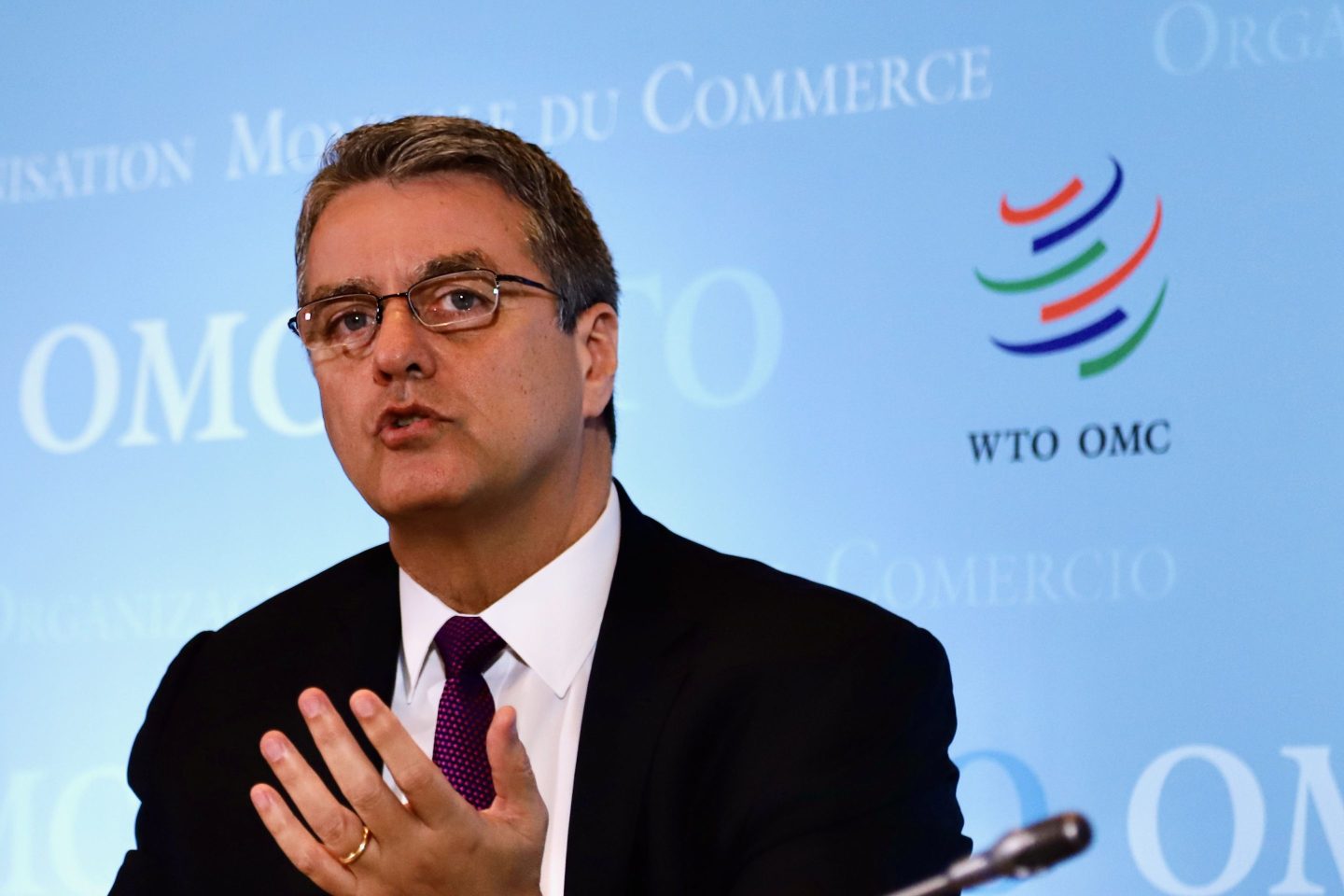 Many of the world’s most powerful leaders are just as worried about climate change as you are.

The looming threat of global warming was “the elephant in the room” at this year’s World Economic Forum (WEF), Roberto Azevedo, executive vice president and chief corporate affairs officer at PepsiCo, said in an interview at Davos with Fortune Connect executive editor, Peter Vanham. The theme of WEF this year was “cooperation in a fractured world.”

Azevedo said the issue was of particular importance and interest to him. “Everywhere you go, everybody you talk to, climate change is part of the agenda,” he said. “For us, it’s critical. We’re a food company, so higher temperatures around the world means lower yields for the crops. Every one degree centigrade the Earth warms up, 10% of staple crops go out. It’s an urgent and important topic for survival of the business now.”

The rapidly changing climate has long been on the minds of PepsiCo execs. “We are at a crossroads,” Indra Nooyi, former chairman and CEO of PepsiCo, wrote in Fortune in 2020. “The time for platitudes and promises is over. We must create a better planet for future generations, and business must be at the vanguard.”

Alongside its competitor, Coca-Cola, PepsiCo has been ranked as the world’s leading plastic polluter for four consecutive years. In September 2021, PepsiCo pledged to halve its use of virgin plastic across its portfolio by 2030. And, through a new initiative called PepsiCo Positive, it will incorporate half-recycled content in all its plastic packaging and scale new business models that require little or no single-use packaging. The PepsiCo Foundation, for which Azevedo serves as chairman of the board, has thrown its weight behind reducing greenhouse gas emissions.

“Addressing packaging waste is a global issue of paramount importance, and it will require systemic change,” Azevedo tells Fortune. Because there is no single way to achieve those ambitions, he added, the company is leaning on “a number” of strategies aimed at eliminating single-use plastics.

“Ultimately, our vision is to help create a world where packaging never becomes waste,” Azevedo said. “It’s the right thing to do for the planet, and the smart thing to do for our business.”

Climate change was a hot topic at Davos this year. That might be because, a week prior to the conference, the National Oceanic and Atmospheric Administration released a report confirming that extreme weather caused over $165 billion in damage in 2022—a figure that likely stands to increase if nothing is done.

The question of whether a recession will lead companies to walk back their ESG goals, or put them on hold, “has been the discussion all week,” George Oliver, CEO of Fortune 500 manufacturing company Johnson Controls, told Fortune CEO Alan Murray. “[Will an economic slowdown] change the commitment that CEOs have made to decarbonization? It hasn’t yet. I don’t even think it has changed the pace…I think there’s a recognition that time is critical, and there is a lot to get done.”

Beyond the ever-present climate risk, numerous urgent issues were on Azevedo’s mind at Davos, he told Vanham: fiscal monetary policies, inflation, unemployment, supply-chain upsets, and political tensions in the U.S., China, and Russia, especially as they relate to oil and commodity prices.

But climate change remains first and foremost, both for Azevedo and PepsiCo, as well as the majority of WEF attendees; this year, they arrived to an unseasonably temperate Davos. As Murray reported in his CEO Daily newsletter, “There wasn’t a CEO to be found in Davos who wasn’t fully embracing the business effort to try and reach net-zero [emissions] by 2050.”