The U.S. might be headed for a soft landing, but the world is inching towards a ‘long-lasting slowdown’ that could last at least two years, World Bank president says 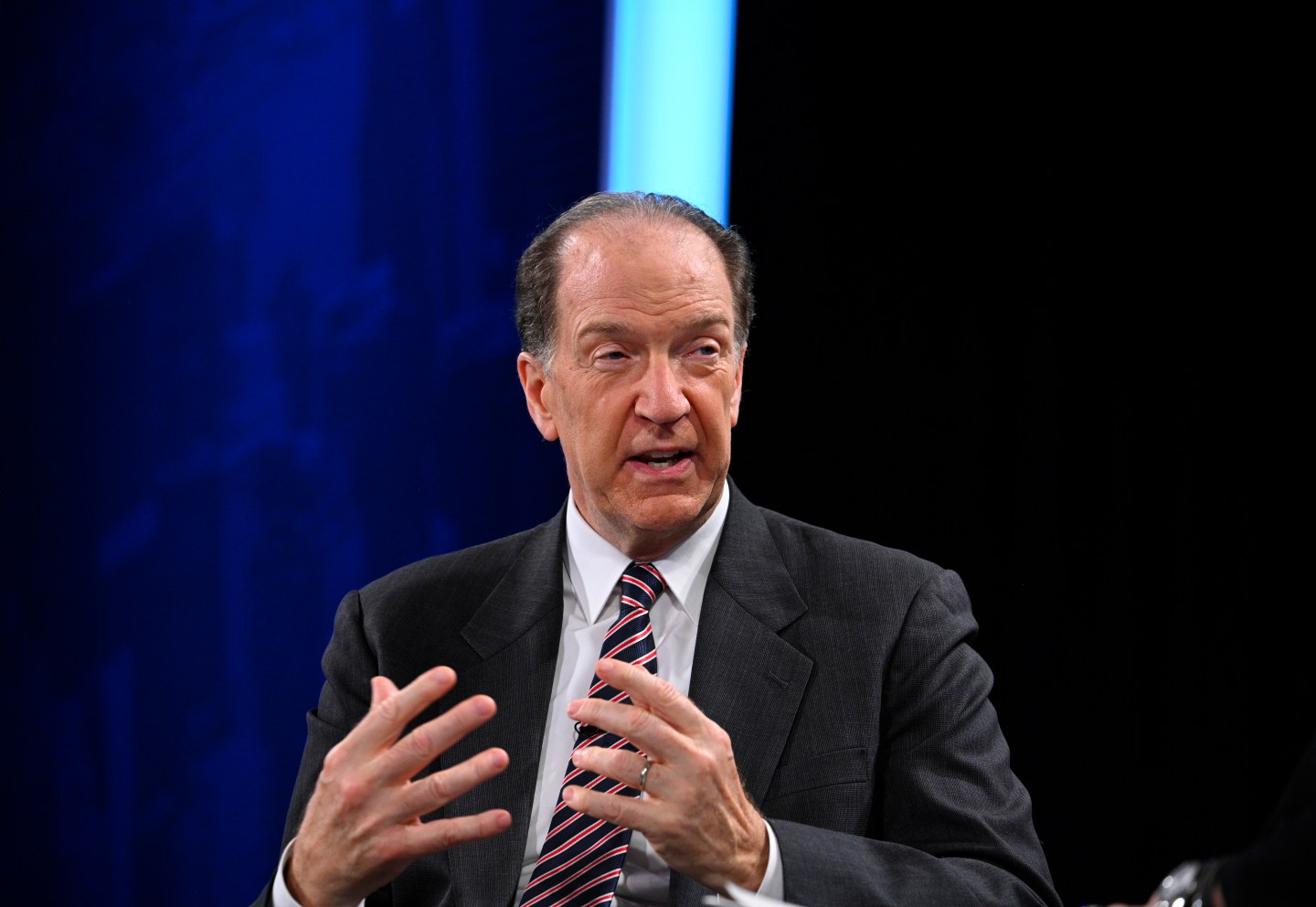 The World Bank is warning about a major economic slowdown in much of the world.
Riccardo Savi via Getty Images

As optimism grows that the U.S. economy’s downturn will end with a soft landing or a mild recession, most of the world is bracing for a more severe slump.

Last year, doom and gloom prevailed, with more than two-thirds of economists forecasting a 2023 U.S. recession. But expectations have since improved amid more evidence of declining inflation and an economy that continues to run relatively smoothly.

Slightly more than half of U.S. business leaders say the U.S. economy is already in a recession or they expect one to start in the next year, according to a Monday survey conducted by the National Association of Business Economics (NABE). While NABE still refers to this number as “elevated,” it represents a decline from the previous poll in October, when 64% of respondents were convinced of a coming recession.

The Federal Reserve’s war against rising prices isn’t won yet and reducing inflation may be harder in future, but momentum for merely a mild U.S. recession is undeniably growing. For the rest of the world however, the outlook is more dire.

Developing countries, especially those saddled with debt and hard-hit by the global economic shock waves emanating from Ukraine, are staring down the barrel of years of slowing economic activity, according to one of the world’s largest international financing institutions. The end result could even be a reversal of years of hard-fought development.

“It’s a long-lasting slowdown,” World Bank President David Malpass said in a Sunday interview with Sky News. “It’s not exactly a cycle the way we’ve been used to in the past, and that has to do with the persistence of inflation, the shortage of new investment that’s taking place right now.”

Malpass described the ongoing economic consequences of the pandemic and high food and fertilizer prices caused by the Ukraine war as a perfect storm that could send the developing world back years.

“You get this combination of forces that causes them to fall into recession, but it’s worse than that. It’s really the reversal in development. Poverty is getting worse; education levels are going down in many countries,” he said.

The Ukraine War’s global inflationary effect has hit poor countries the hardest, as energy and food markets worldwide were thrown into disarray. The IMF released an economic outlook in April titled “War sets back the global recovery,” which forecasted that inflation in emerging markets would surge 8.7% in 2023, compared to 5.7% in advanced economies.

The IMF report warned that declining economic conditions globally threatened to walk back developmental gains against global poverty and hunger. These concerns were shared by philanthropists and humanitarians including Bill Gates, who in June described “huge global setbacks” in development due to the war and the pandemic as the reason behind his foundation’s $9 billion increase in annual output.

The World Bank’s Malpass warned on Sunday that  slowing growth for most of the world could hinder global development for years.

“My concern is it’s looking like this slowdown, this period of slow growth for the world, may last until 2023–24, and that’s a concern,” he said. “As you look one year ahead and two years ahead, it’s hard to see that there will be a strong recovery.”

For months, Malpass has warned about overlapping crises creating devastating economic conditions in the developing world. In June he said most of the world was headed for recession and stagflation, a combination of low to no growth and persistent inflation—and a scenario he then described in September as a “perfect storm” of challenges.

In its annual report earlier this month, the World Bank cautioned that the world was “perilously close” to a global recession, while Malpass said he was already seeing “devastating reversals in education, health, poverty, and infrastructure” in the developing world as well as severe backlogs in financing for adaptation to climate change.

The developing world’s most pressing crisis

Advanced economies may also be in for a slowdown in economic growth in the year ahead even if they skirt a recession. Moody’s chief economist Mark Zandi, for one, dismissed U.S. recession warnings earlier this month, writing that a more likely scenario would be a “slowcession—growth that comes to a near standstill but that never slips into reverse.”

But if the U.S. and other wealthy nations are in for a period of slow growth, the developing world’s economic downturn could be more severe.

During his interview, Malpass pointed to a mounting debt crisis in the developing world as being responsible for the poor outlook. Debt among developing countries was already high before 2020, but the pandemic and lost revenues caused debt levels to surge, while inflation and a strong dollar last year have raised the specter of defaults and prolonged economic suffering as borrowing costs for poor countries rise.

“Debt is a huge challenge,” Malpass said, adding that another debt crisis playing out in advanced economies is drying up a “big portion of the world’s capital” leaving less money and funding available for developing countries, which are struggling to pay off their massive debt due to low growth and low investment.

Malpass called for advanced economies to adopt more efficient budgeting and spending plans, including support schemes targeted at their society’s most vulnerable segments. For developing countries, Malpass said it is next to impossible for them to pay off their debts in the current climate. “Right now, there’s just not an availability of capital,” he said.

Instead, creditor countries and the private sector should explore more debt relief solutions. “There needs to be a hard look at large amounts of debt reduction,” Malpass said, echoing debt relief requests he has made since last summer.

Those requests have so far fallen on deaf ears, with U.S. officials recently accusing large lenders like China of dragging their feet on debt restructuring talks and not providing enough transparency in loan agreements. During an ongoing trip to Africa, U.S. Treasury Secretary Janet Yellen is exploring debt relief negotiations between developing countries and creditors including China. Last week, during a meeting with Chinese Vice Premier Liu He to discuss debt restructuring, she warned that the failure to implement debt relief programs could lead to more war and global instability.

Last year, developing nations owed around $35 billion in debt payments, according to the World Bank, more than 40% of which is owed to China.