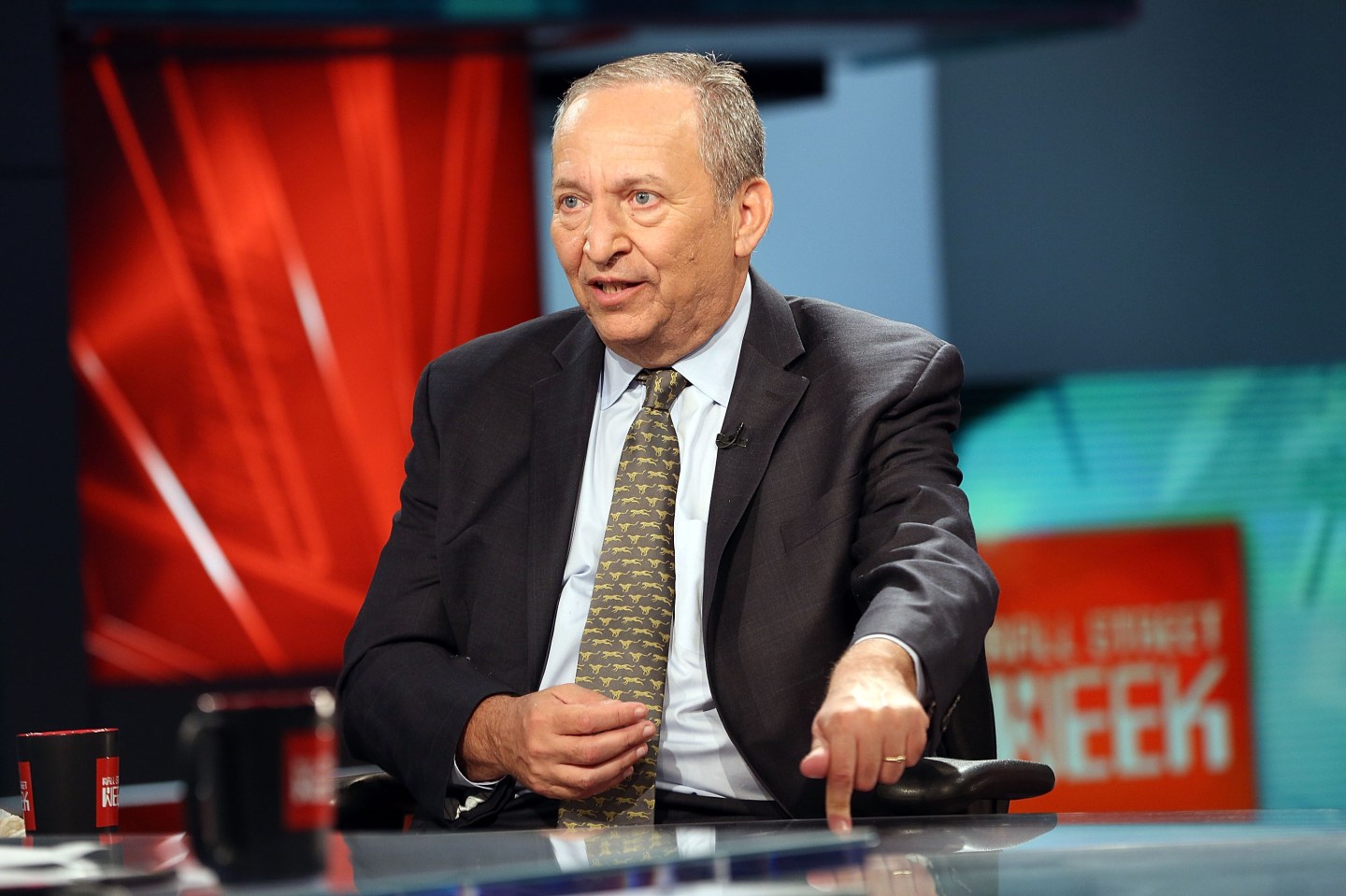 Larry Summers warns the battle against inflation is not yet won.
Robin Marchant/Getty Images

With the economy still operating relatively smoothly and mounting evidence of inflation slowing, some economists who only a few months ago forecasted a historic recession are now tentatively optimistic. Chief among the reversals is Larry Summers: The former Treasury secretary who stated in June that a deep recession was the only remedy for soaring inflation is now positively upbeat, saying last week that the Federal Reserve’s job appears “much, much closer to being done.”

But while the economy is starting to flash positive signals of a soft landing, Summers is also urging central banks not to rest on their laurels. Reducing inflation without triggering a recession is a tricky game that the Fed has yet to win, he said.

Summers noted at the World Economic Forum in Davos, Switzerland on Friday that slowing inflation, Europe’s skirting of an energy crisis this winter, and China’s faster-than-expected reopening to the world are “reasons why we should feel better than we felt a few months ago.” But he also warned that positive economic news worldwide does not mean inflation is conquered just yet, and that the final stretch of interest rate hikes might just be the most difficult.

“Relief must not become complacency. Inflation is down, but just as transitory factors elevated inflation earlier, transitory factors have contributed to the declines that we’ve seen in inflation and as in many journeys, the last part of a journey is often the hardest,” he said.

Summers is among several prominent figures who have softened their tone on a recession. JPMorgan Chase CEO Jamie Dimon also revised his forecasts this month to potential “storm clouds” after predicting in June that an economic “hurricane” was threatening the U.S.

But like Dimon—who still expects a “mild recession” later this year—Summers maintains the economy isn’t out of the woods yet, and it is up to central banks to stay the course to avoid inflation resurging.

“The greatest tragedy in this moment would be if central banks were to lurch away from a focus on assuring price stability prematurely and we were to have to fight this battle twice,” he said.

Summers urged central banks to “carry through” on their monetary tightening policies, as not doing so would imperil future price stability and standards of living.

Central banks worldwide began rapidly raising interest rates early last year to slow economic activity as prices surged, but in light of inflation’s recent deceleration, some have hinted they would moderate their approach. Federal Reserve officials, for instance, have signaled since November that future rate hikes would be smaller.

Fed Chair Jerome Powell has come under immense pressure in recent months as his cycle of interest rate hikes strained markets, with economists and market watchers including “Bond King” Bill Gross warning that the Fed may have already raised interest rates to their optimum level. Others have criticized the Fed for sticking to its historical inflation target of 2% annually, with some like billionaire investor Bill Ackman arguing a 3% target would be more conducive to a “strong economy and job growth” over the long term.

But Summers cautioned against the Fed and other central banks relenting anytime soon, lest they risk putting their economies into a crisis of historic proportions.

“To suppose that some kind of relenting on an inflation target will be a salvation would be a costly error; it would ultimately have adverse effect, as it did in a spectacular way during the 1970s,” he said.

In the 1970s, as a result of the global oil crisis, the global economy went through a prolonged period of high inflation and low to no growth, known as stagflation. Last year, economists drew unsettling parallels between the economic reality now and then.

While monetary systems are more robust now than in the 1970s, Fed officials at the time delayed aggressive action on inflation for years and allowed inflation expectations to become entrenched. The remedy was a painful correction in 1980 led by Fed chair Paul Volcker, who hiked interest rates to 20% and plunged the economy into a deep recession lasting until 1982, at the time the worst U.S. economic downturn since the Great Depression.

Summers said he has so far been encouraged by the Fed and the European Central Bank that such a scenario will be avoided. Last month, Powell assured the Fed would not adjust its 2% inflation target, and on Thursday, Fed vice chair Lael Brainard said the central bank is “determined to stay the course” despite evidence of declining inflation. European Central Bank President Christine Lagarde also confirmed on Thursday that the bank would keep monetary policy in “restrictive territory” until the 2% inflation target is reached.