JPMorgan CEO Jamie Dimon says Ukraine could be an ‘inflection point for the Western world’: ‘The only thing that matters for the future of the world is how this thing plays out’ 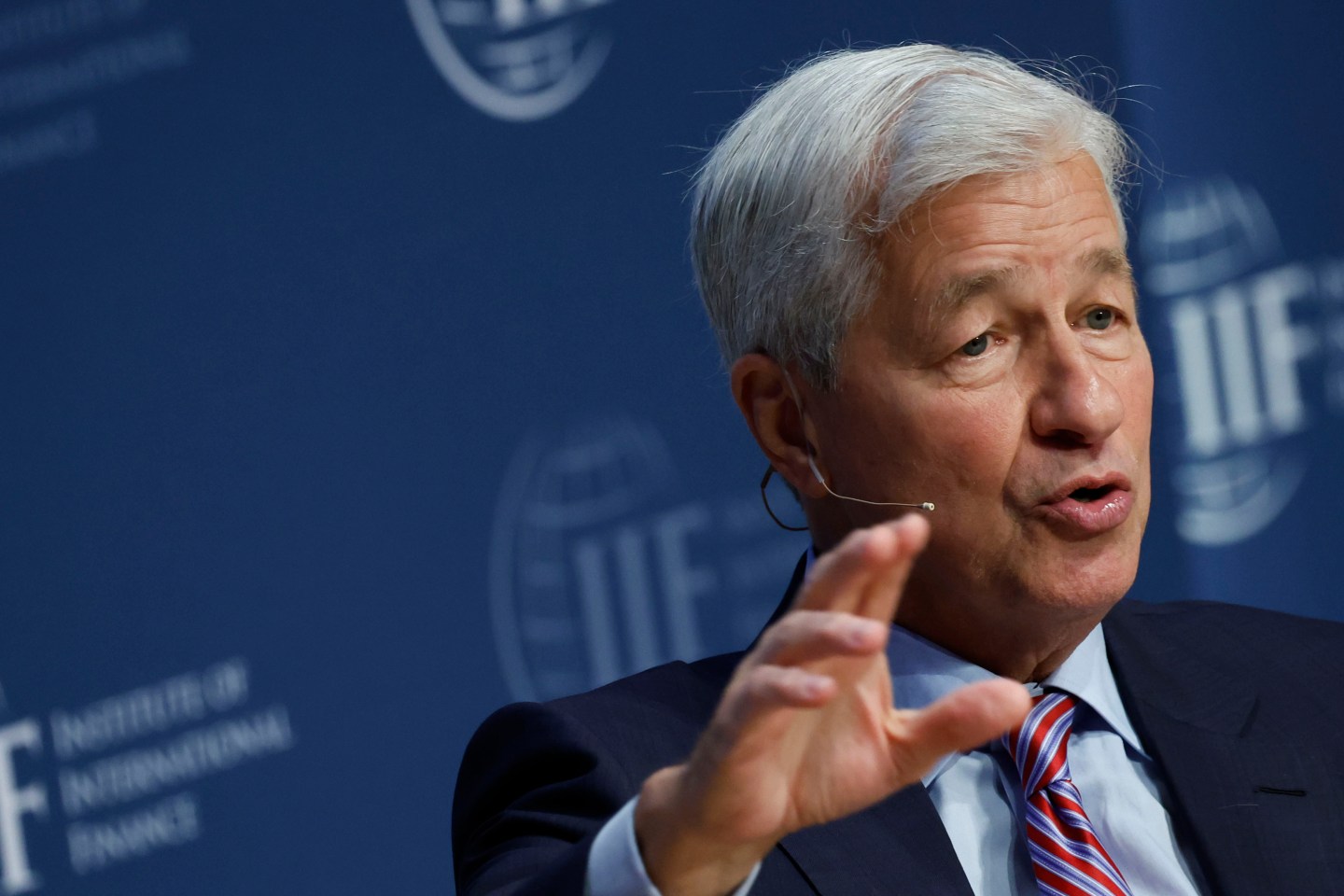 Next month will mark a full year since Russia invaded Ukraine, but with soaring inflation, recession fears, and an energy crisis plaguing the world over the past several months, the war has receded somewhat into the background, despite more than 200,000 deaths and the global uncertainty it has caused.

As early as last summer, Ukrainian officials began expressing concern that dwindling media attention towards the war could lead to a loss of Western support. But between the Kremlin’s threats of further energy supply cuts and nuclear escalation, the world shouldn’t cast its eyes away from what is happening in Ukraine, as the direction the war takes could be a pivotal moment for the next century, according to the head of one of the world’s largest banks.

“The only thing that matters for the future of the world is how this thing plays out,” JPMorgan Chase CEO Jamie Dimon said Thursday in an interview with CNBC at the World Economic Forum in Davos, Switzerland.

Dimon said that a potential U.S. recession in 2023—which he has gone from describing as a potentially devastating “hurricane” to a comparably “mild” downturn over the past year—is a justified concern for most Americans, but he is more worried about the war in Ukraine and the repercussions it has for the world.

“The real issue for the world is Russia, war, Ukraine, energy, trade, and that is serious. That’s still out there. Hopefully it will all mitigate and go away, but it may not,” he said. “The other stuff is the weather.”

Jamie Dimon knows something about the war’s global repercussions, given the devastating effect the conflict has had on supply chains, trade, and financial markets worldwide.

The invasion, subsequent sanctions, and Russia’s move to limit energy sales to the West created a global energy and food supply crunch last year. The Federal Reserve noted in May of last year that the war represented a “drag on the global economy” that was pushing up inflation in the U.S. and elsewhere. And in June, the World Bank warned that the war was amplifying the risk of a “major recession” and stagflation in developing countries and nations with a high economic exposure to Russia.

Despite the harm to the global economy, the prospect of a prolonged war is now more real than ever. With the Ukraine war falling into a stalemate and going on much longer than Russian President Vladimir Putin had planned, Putin and his allies have not shied away from increasingly escalatory actions and rhetoric.

Of particular concern to Ukraine and Western officials is Putin’s nuclear saber-rattling. Last month, he warned the world of an “increasing” threat of nuclear warfare and even suggested he was prepared to do away with Russia’s “no first use” military doctrine when it came to nuclear weapons.

The Pentagon has so far maintained that there is little indication Putin is planning a nuclear strike, although U.S. officials have raised concerns over the potential for nuclear escalation should the tide of war continue turning against Russia.

Former U.S. Secretary of State and National Security Advisor Henry Kissinger made a similar point in a December op-ed published in The Spectator, in which he argued that Russia’s “global nuclear reach” would not be diminished by its recent military setbacks in Ukraine, and that escalatory threats should be taken seriously.

Dimon said that the trajectory of the war will be pivotal in determining what the world will be like in the future, and much depends on whether the U.S. and the EU continue backing Ukraine with military weapons and tactical assistance.

Despite Putin’s nuclear threats and the cost of the war, the West has so far shown no signs of retracting its support for Ukraine. As of this week, Germany and the U.K. are willing to contribute heavy battle tanks that Ukrainian military officials have been pleading for since last year, while the New York Times reported Wednesday that U.S. officials are warming to the idea of sending military support to help Ukraine retake Crimea, the Black Sea peninsula Russia annexed in 2014.

“This is the most serious issue and in my view could be an inflection point for the Western world for a hundred years,” Dimon said. “Do we get our act together to help win this war, help the Ukrainians, help rebuild Ukraine?”