At Davos, a sidelined club laments tax ‘hypocrisy’ as the richest talk climate instead 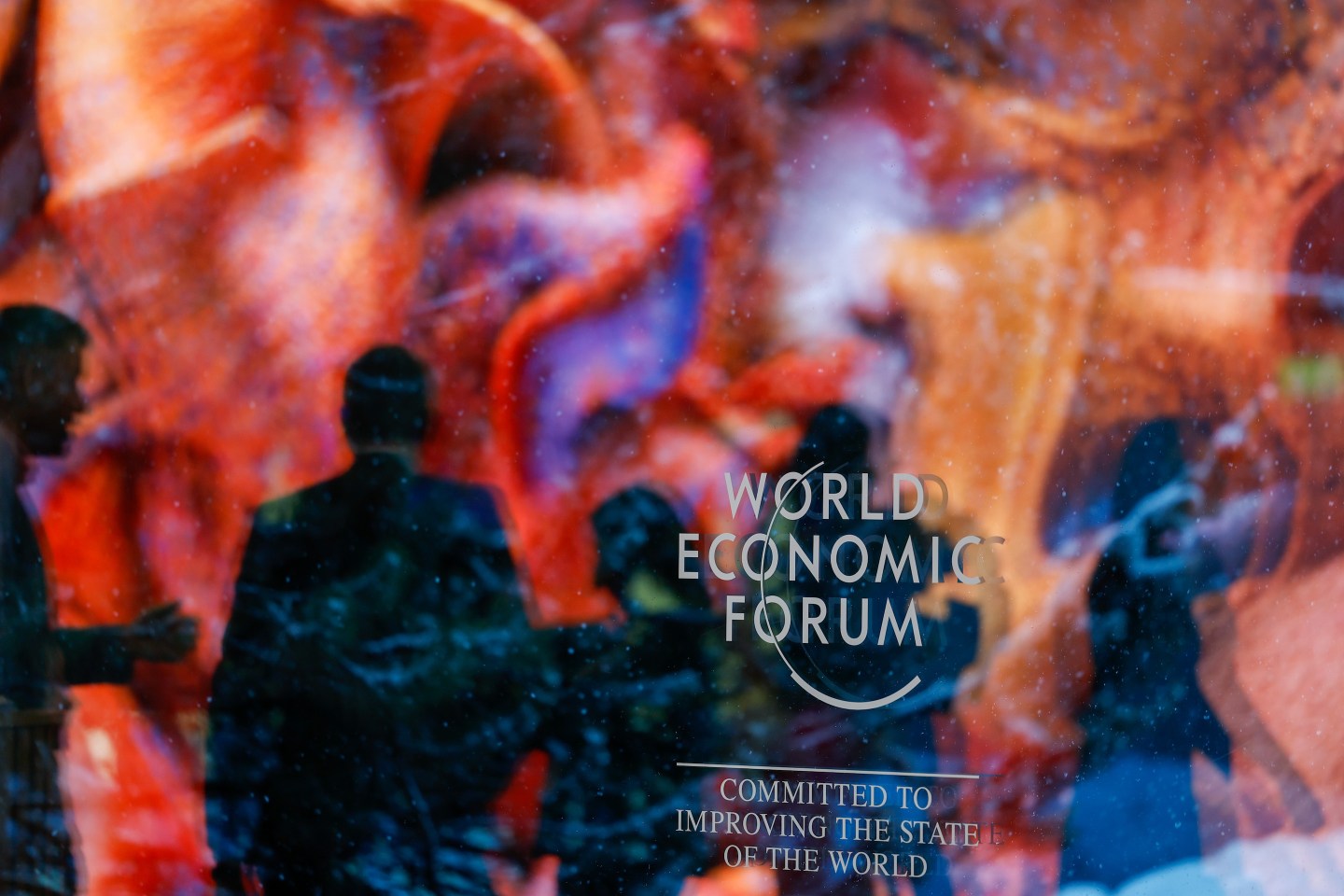 The annual Davos gathering of political leaders, top executives, and celebrities runs from January 16 to 20, 2023.
Stefan Wermuth for Bloomberg

As the World Economic Forum kicks off in Davos, Switzerland on Monday, it will be hard to miss the dozens of sessions on the global climate crisis. But don’t look for the organization that first brought the topic of sustainability to Davos 50 years ago. The Club of Rome, which became famous in the early 1970s for sounding the alarm bell on the planet’s “limits to growth”—including at Davos—is sidelined from the event this year.

The reason may be a difference in opinion. Last Friday, the Club and its allies released a letter calling on the leaders at Davos to “tax wealth, income, companies and windfall profits” more progressively to counter the climate emergency. Among the signatories were a co-author of the original Limits to Growth, Kate Raworth, the economist of “Doughnut Economics,” and the co-presidents of the club.

But such a message is unlikely to have landed well at the Swiss ski resort. To be sure, addressing the energy, food, and climate crises is one of the five thematic pillars at the Annual Meeting. “Climate action” is also the subject of dozens of sessions. But the same is not true for discussions on taxes, wealth, or inequality. There is exactly one session on tax reforms, and two on inequality.

Taxes are always going to be a tougher sell to the global business elite, of course. They are a zero-sum game, after all. A dollar paid to the government in taxes is a dollar less in profits for the company and its shareholders. With climate action, that seems less to be the case. Some companies are already making money off the energy transition, profiting from turning the green economy into an opportunity.

But for Sandrine Dixson-Decleve, co-president of the Club of Rome, that reasoning doesn’t make sense. “Social tipping points will be our greatest challenge as we move through the 21st century,” she told me on the phone, as she was making her way to Davos. “We cannot talk about climate without talking about the hypocrisy of our taxation structures.”

In their letter, the Club did acknowledge the difficulty in bringing its message across. “Business leaders in Davos this week may feel that this strategy [taxing wealth, income, companies and windfall profits] is against their short term and individual interests,” they wrote. But they went on to call that a “limited” and “self-destructive” view.

Taxes strengthen societies and governments, the reasoning goes, and that will be crucial as the world addresses the so-called “polycrisis” in climate, energy, food, immigration, and other areas.

But will it be enough of an argument?

There are at least a few tax fans present in Congress Centre this week, who may move the debate forward. Gabriel Zucman, the French economist who known for his research on tax havens, will be one of the participants in the tax session at Davos. Mathias Cormann, Secretary-General of the OECD, the intergovernmental organization that is trying to raise the global tax bar, is another.

From its sideline presence in Davos, the Club of Rome will also be having conversations with governments and individuals it hopes to get on board of their plans to raise taxes. They include John Kerry, the U.S. special presidential envoy for climate; Ursula von der Leyen, president of the European Commission; Kristalina Georgieva, managing director of the International Monetary Fund; and United Nations Secretary-General Antonio Guterres.

As the Club of Rome knows well, convincing the global business elite of something that benefits them in the long run, but not in the short term, is in itself a long game. It took the Club almost 50 years to be vindicated among business leaders in its views on the limits to growth. Already, two thirds of Americans hold a favorable view of the IRS, a jump of 20% compared to the 1980s, 1990s, and as recent as 2010.

But if the Club is right about the urgency of the social and economic crisis we face this time, they better hope their vindication at Davos is a shorter time coming. And that will either require them joining the debate again directly, or finding some powerful allies in the World Economic Forum’s orbit. So far, that remains a limit to the Club of Rome’s own growth at Davos.