A survey of 32,000 people in 28 countries found that business is more trusted than NGOs, government, and the media 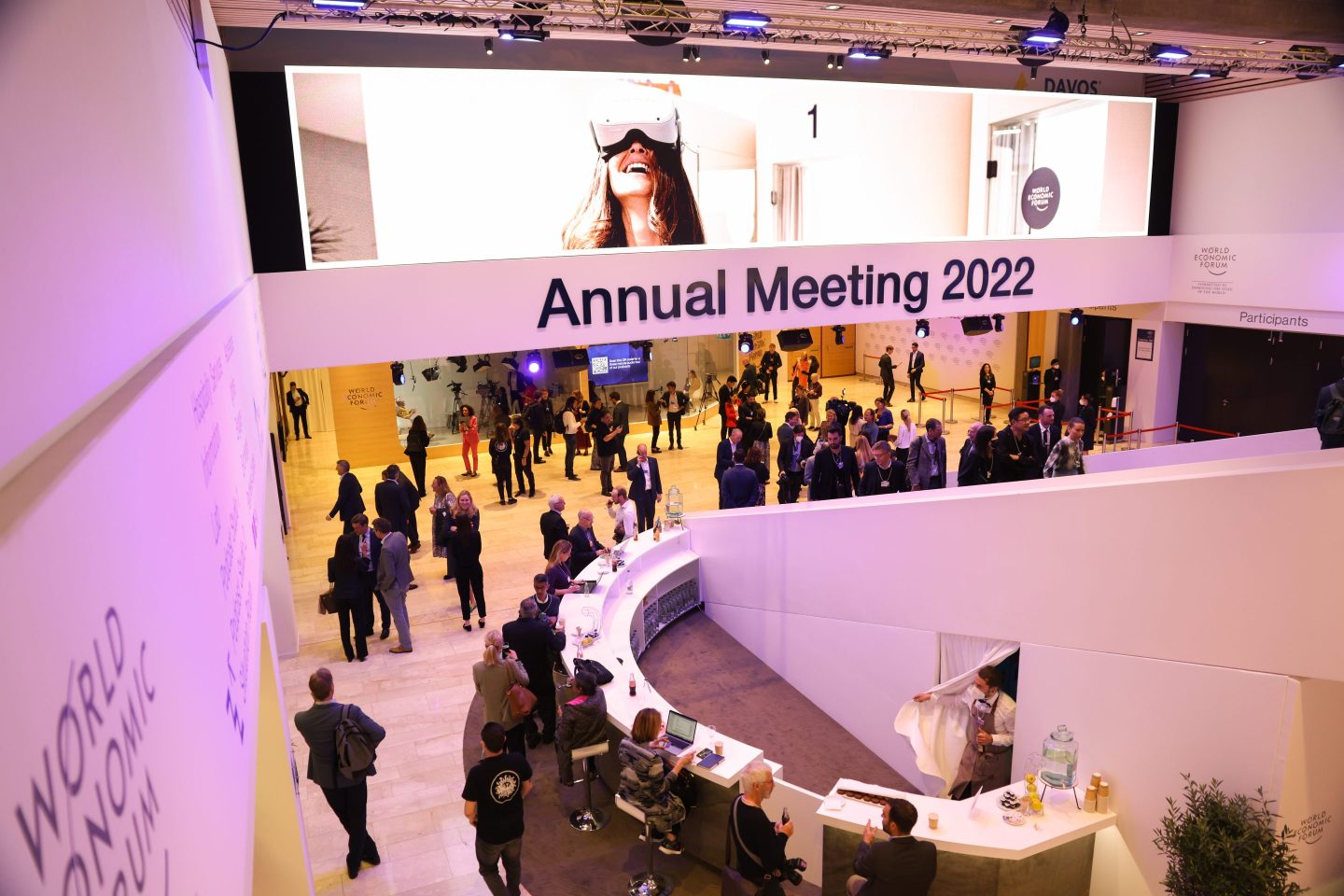 Attendees inside the Congress Center on the closing day of the World Economic Forum (WEF) in Davos, Switzerland, on May 26, 2022.
Hollie Adams—Bloomberg via Getty Images

Good morning from Davos, where a flurry of new reports has been issued in advance of the World Economic Forum’s annual confab in Switzerland, which boasts more CEOs per square kilometer than any other event in the world.

I’ll start with the Edelman Trust Barometer, a Davos staple. This global survey, which has been running for 23 years and covers 32,000 people in 28 countries, is mostly known for its finding in recent years that business is more trusted around the world than governments, media or NGOs. That continued this year, with 62% trusting business, 59% trusting NGOs, 51% trusting governments, and a mere 50% trusting media. In the U.S., business scores 55%, while government is at 42%. As in past years, “my CEO” is more trusted (64% globally) than CEOs generally (48%).

“Business is the sole institution seen as competent and ethical,” said Richard Edelman, who founded the survey. “By contrast, government is viewed as unethical and incompetent. Business is now a stunning 54 points ahead of government on perception of competence and 30 points ahead on ethics.”

But while trust in business is on the rise, so are expectations. Roughly half of respondents say business is not doing enough to address climate change and economic inequality. And 69% of workers say a company’s social impact is a “strong expectation” for them when considering a job, while 63% of consumers say they will “buy or advocate for brands based on my beliefs and values.”

That leads me to Deloitte’s CxO Sustainability Report, which surveyed more than 2,000 C-level executives from 24 different countries, and found that they rank climate change as a top challenge facing business, second only to the economic outlook. Climate change ranked above innovation, competition for talent, supply chain challenges and geopolitical challenges. A full 61% said climate will have a “high” or “very high” impact on their organization’s strategy and operations over the next three years. The executives also expressed optimism about their ability to meet the climate challenge, with 84% agreeing or strongly agreeing that “the world can achieve global economic growth while also reaching climate change goals.”

The survey found, however, that only 33% of executives said their companies tie senior leaders’ compensation to environmental sustainability performance, and only 32% have incorporated climate concerns into their lobbying and political activities.

“If there was any doubt that climate change is an enduring part of the business agenda, 2022 should put it to rest,” said Deloitte Global CEO Joe Ucuzoglu.

Separately, a survey of corporate chief communication officers by the Page Society found that 65% of them listed “stakeholder capitalism” as the top business opportunity for 2023, while 42% listed “economic uncertainty” as the biggest risk in the year ahead.

Goldman Sachs is arguably in a league of its own, handing more deal volume than its peers and perennially ranking as Wall Street's most prestigious investment bank. But the challenges CEO David Solomon is facing as he pushes for employees to return to the office full-time will resonate across corporate America, as Fortune's Geoff Colvin reports.

Alabama's ban of TikTok on state-owned devices and internet networks has reached college campuses like Auburn, where students are unable to access the Chinese-owned app on university Wi-Fi. The campus bans are bringing the geopolitical fight over TikTok straight to American teenagers, two-thirds of whom use the app. New York Times

Sweden's state-owned mining company LKAB says it's found Europe's largest-ever deposit of rare earth metals, which are used in high tech devices like EVs and wind turbines. The discovery could make the region far less reliant on China, which has dominated the rare earths market until now. CNBC

Bitcoin roars past $20K in surprise surge. Can the rally last? by Jeff John Roberts

Researchers have followed over 700 people since 1938 to find the keys to happiness. Here’s what they discovered by Alexa Mikhail