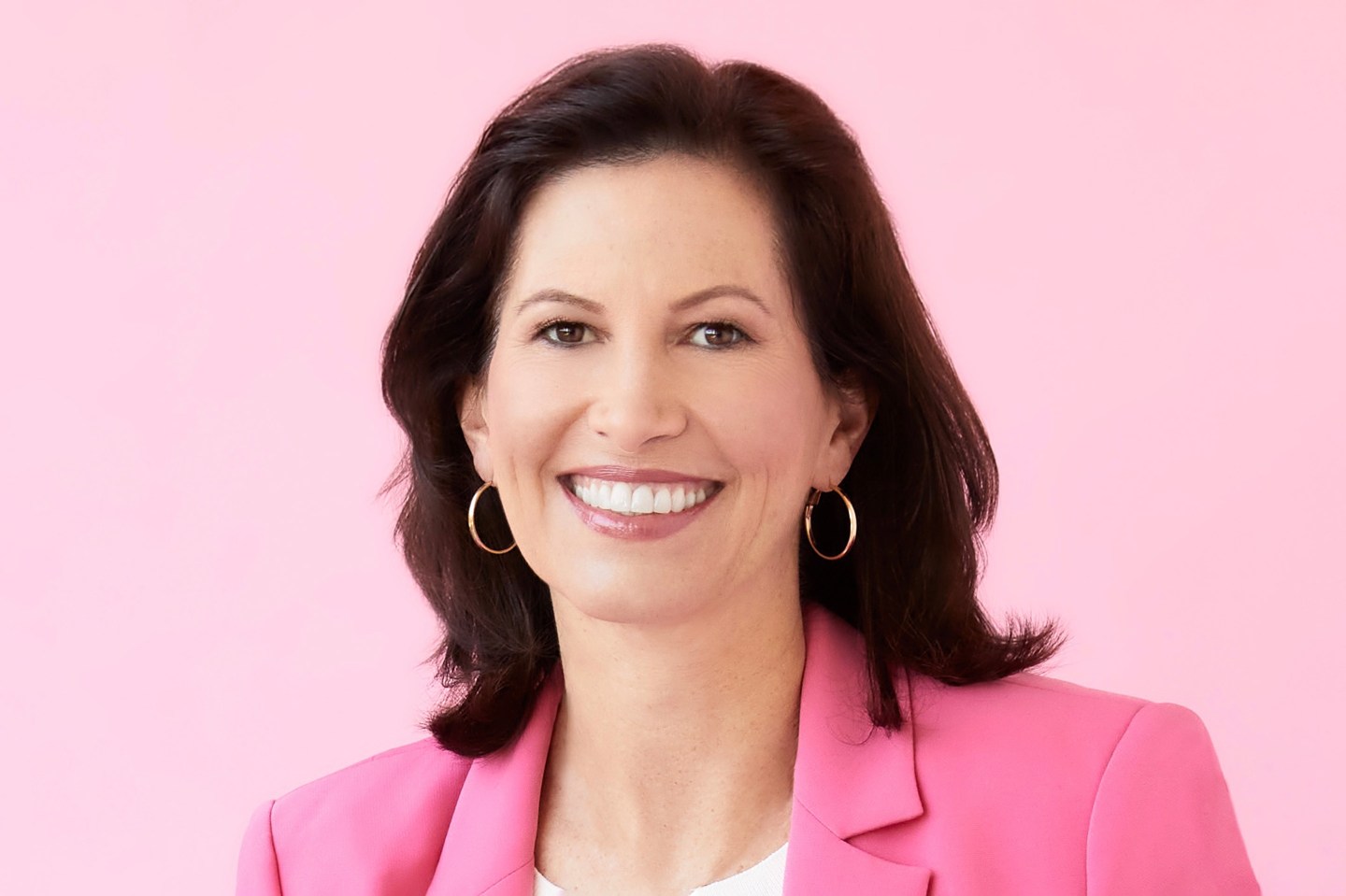 Lisa McKnight, EVP and head of Barbie at Mattel.
Courtesy of Mattel

Good morning, Broadsheet readers! The House of Representatives finally gets a new speaker; unemployment fell in December; and the Barbie movie isn’t what you think it is. Have a meaningful Monday.

Come on, Barbie. The December debut of a trailer for this summer’s highly anticipated Barbie movie was a moment decades in the making. The teaser for the Greta Gerwig–directed film opens with actor Margot Robbie as a hundred-foot-tall Barbie, dressed in her original 1959 styling.

For Lisa McKnight, the overwhelming public response to the clip—and to on-set photos of Robbie and Ryan Gosling as Ken months earlier—represented the culmination of years of her own career, too. She joined Mattel almost 25 years ago and today serves as the company’s EVP and global head of the Barbie and dolls portfolio.

A Barbie movie has long been discussed at Mattel, but the project moved forward and backward in fits and starts over the years. The film was housed at Sony Pictures, with Amy Schumer at one point attached to play the titular figure, before Warner Bros. bought the rights in 2018. Gerwig was confirmed to direct the film in 2021, with Robbie in the lead role and producing via her company, LuckyChap Entertainment, which focuses on women-centered stories including I, Tonya and Promising Young Woman.

Before any film adaptation of the 63-year-old pop cultural figure could be successful, Mattel had to be confident in Barbie as a brand. In her role at the company, McKnight handles studio adaptations of Mattel’s intellectual property and works to build brands beyond their traditional product (her portfolio also includes Polly Pocket and Monster High). “When I started at Mattel, we were very much a toy company,” she says. “What’s been exciting is over the years to see the company embrace brand and the power of being bigger than one category of business. We have a signature style and identity and a brand voice that transcends any one individual product expression.”

Lisa McKnight, EVP and head of Barbie at Mattel.
Courtesy of Mattel

For Barbie, that has meant new avenues like NFTs alongside efforts to modernize the character to resonate with today’s children and adults, many of whom rejected the doll’s traditional representation of femininity and unrealistic beauty standards. “We’ve done incredible work over the past seven, eight years, to modernize Barbie to ensure that she’s in lockstep with culture,” McKnight says. Today’s Barbies honor historic figures like Billie Jean King and Ida B. Wells and feature more diverse versions of the character, like dolls who use wheelchairs. McKnight says the Barbie brand has “doubled in size” over the past five years.

Executives’ confidence in the strength of the brand with consumers allowed them to take a leap of faith entrusting a creative director like Gerwig (known for Little Women and Lady Bird) with this long-awaited film. “We’re having fun with the brand—at different stages in the brand’s history that may not have been doable,” McKnight says. “But we’re confident today, and we’re feeling bold and empowered.”

McKnight is tight-lipped about the film itself, which hits theaters in July 2023. She says the PG-13 movie pays tribute to Barbie as a “pop culture icon,” as seen in trends like the Barbiecore fashion aesthetic popular last year.

“When you’re in the marketplace for over 60 years, you’ve got your legacy. It’s a blessing, and it can be a challenge,” McKnight says. “The takeaway of this story is that it’s not what you think it is going to be.”

Take 15. After 15 rounds of voting, Rep. Kevin McCarthy (R-Calif.) finally secured enough votes to become speaker of the House. He succeeds Nancy Pelosi in the role as the GOP takes control of the chamber. Associated Press

Jobs report. Unemployment in the U.S. fell to 3.5% in December, matching its lowest level in the past half-century. But for Black women and Latino men, unemployment rose from 5.2% to 5.5% and 3.6% to 4%, respectively. CNBC

Back again. The majority owner of WWE, Vince McMahon, plans to return after retiring last year amid a sexual misconduct investigation. He aims to pursue a sale of the wrestling franchise. Since his retirement, his daughter Stephanie McMahon has led the company as co-CEO. Wall Street Journal

MOVERS AND SHAKERS: Former Meta and Instacart exec Carolyn Everson will become a senior adviser at private equity firm Permira. Zing Tsjeng is the new editor-in-chief for Vice and Vice U.K. Sharon Leite resigned as CEO of the Vitamin Shoppe.

Halfway gone. As Elon Musk continues to cut costs at Twitter, the decimated company is reportedly reducing its coverage of fertility benefits. The company will cover up to $40,000 in lifetime family planning costs through the platform Carrot, down from $80,000. Insider

Vote for dads. The lengthy voting process for House speaker last week shone a spotlight on another issue: childcare in Congress. Several lawmakers had brought their families to attend their swearing-in ceremony and then were responsible for childcare as the ceremony was delayed. The experience is motivating congressional dads to take action; Rep. Joaquin Castro (D-Texas) says he now plans to lobby Congress to install changing tables in its men’s restrooms. Bloomberg

Behind the scenes. Diversity behind the camera in Hollywood fell in 2022. Just 9% of the directors behind 2022’s top 100 movies were women, compared with 12.7% the year prior. Variety

How Justice Kagan lost her battle as a consensus builder Politico

The intellectual dual life of Dua Lipa The Times

“It’s the most fashionable thing you can do if you’re working in the world of fashion right now.”

—Stella McCartney on reducing waste in the fashion industry