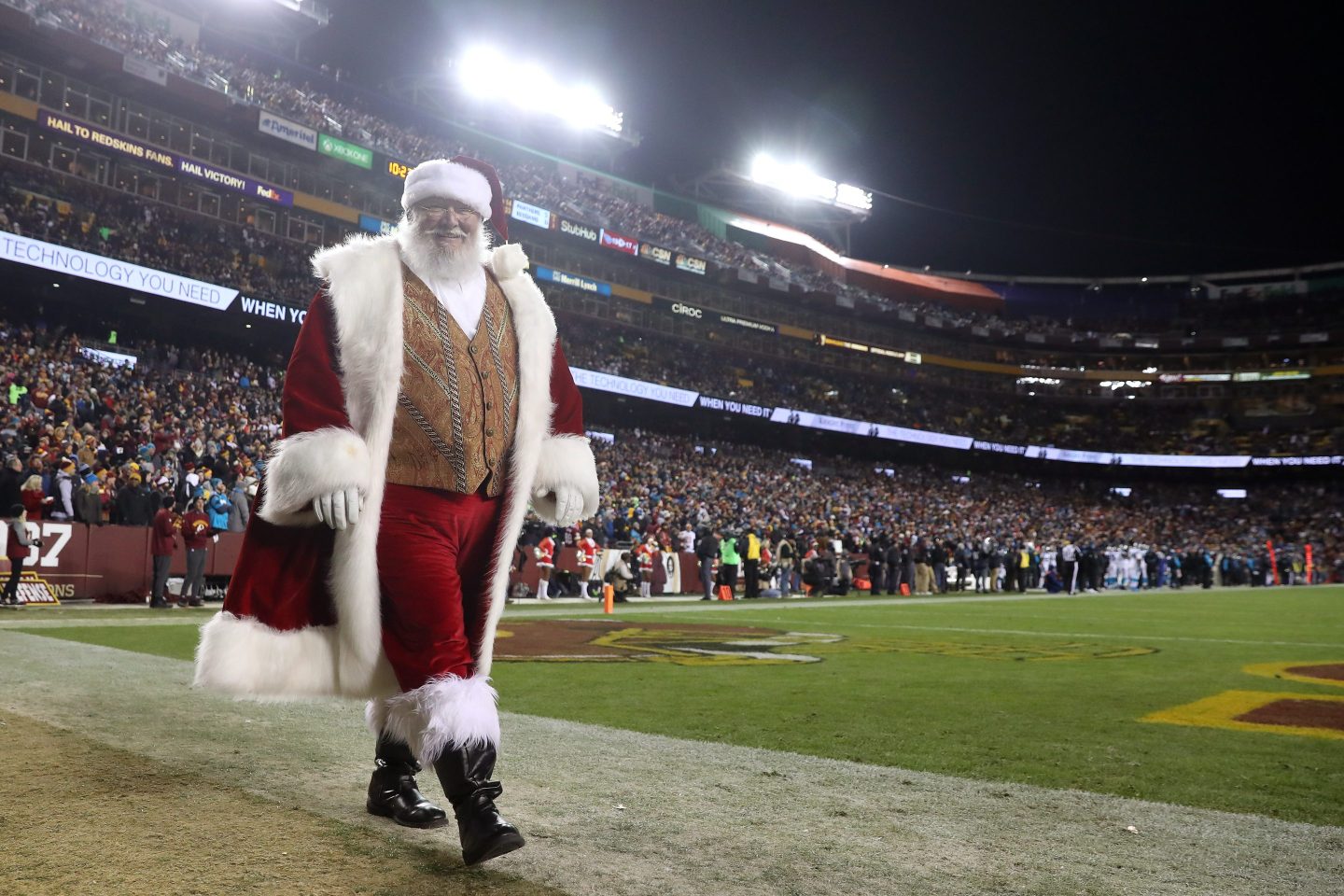 Even though it's Christmas, the NFL has a several games on tap.
Rob Carr—Getty Images

Football on a Sunday is hardly unusual. But as little as three years ago, it was uncommon for the NFL to schedule a game on Christmas Day. But over the past two years, the league has seen tremendous success with Dec. 25 matchups—and this year, it’s ratcheting up the number of games from two to three.

While the schedule may be unkind to West Coast fans, East Coasters will likely have already opened their gifts, providing them with a perfect window to catch the early contests.

It will be harder to sneak away to catch the game, mind you. Many restaurants and sports bars are closed today. And you could find yourself in a battle for your new big screen TV if the kids want to play their new video games. Fortunately, you can still catch all the action. Here’s a look at who’s playing today—and several different ways to watch the games.

Which NFL teams are playing on Christmas? And what channels are airing the games?

Every one of today’s games could have big playoff implications for at least one of the teams. Coaches are certainly hoping some Christmas magic remains when they take the field. Here’s who’s playing and when. As always, the home team is listed second.

The best way to watch any network programming for free on a big screen is with a good HD antenna. And watching most NFL games is fairly simple, since many air on broadcast networks, meaning you’ll be able to watch even if you don’t have a cable subscription. To ensure you’re getting the most reliable signal, be sure to test the antenna in multiple locations in your home.

The free trial on this service is no longer offered, as well. It costs $70 per month.

After up to a two-week trial, monthly charges are $65.

Dish Network’s Sling recently increased its prices. The lower-tiered “Orange” plan now costs $40 per month. Adding the more comprehensive “Blue” plan bumps it to $55 per month. (A $5 per month increase for each.) The seven-day free trial has disappeared, but the cord-cutting service is offering 50% off of the first month’s bill.

Not this year. Amazon is, for the next 11 years, the exclusive home to Thursday Night Football, but it does not carry any weekend games. Next up is the Dallas Cowboys vs Tennessee Titans on Dec. 29.

Santa left three choices for you under the tree…

DirecTV customers have access to it, but (if you meet the conditions, like living in an apartment complex or some area where you can’t get DirecTV) you can also sign up for an online version, letting you watch any NFL game live this season. There’s a one-week trial, after which it costs $73.49 per month for a four-month period or $293.36 for the entire season (or $99 for four months or $396).