WTO tells U.S. that goods from Hong Kong are not ‘Made in China’ 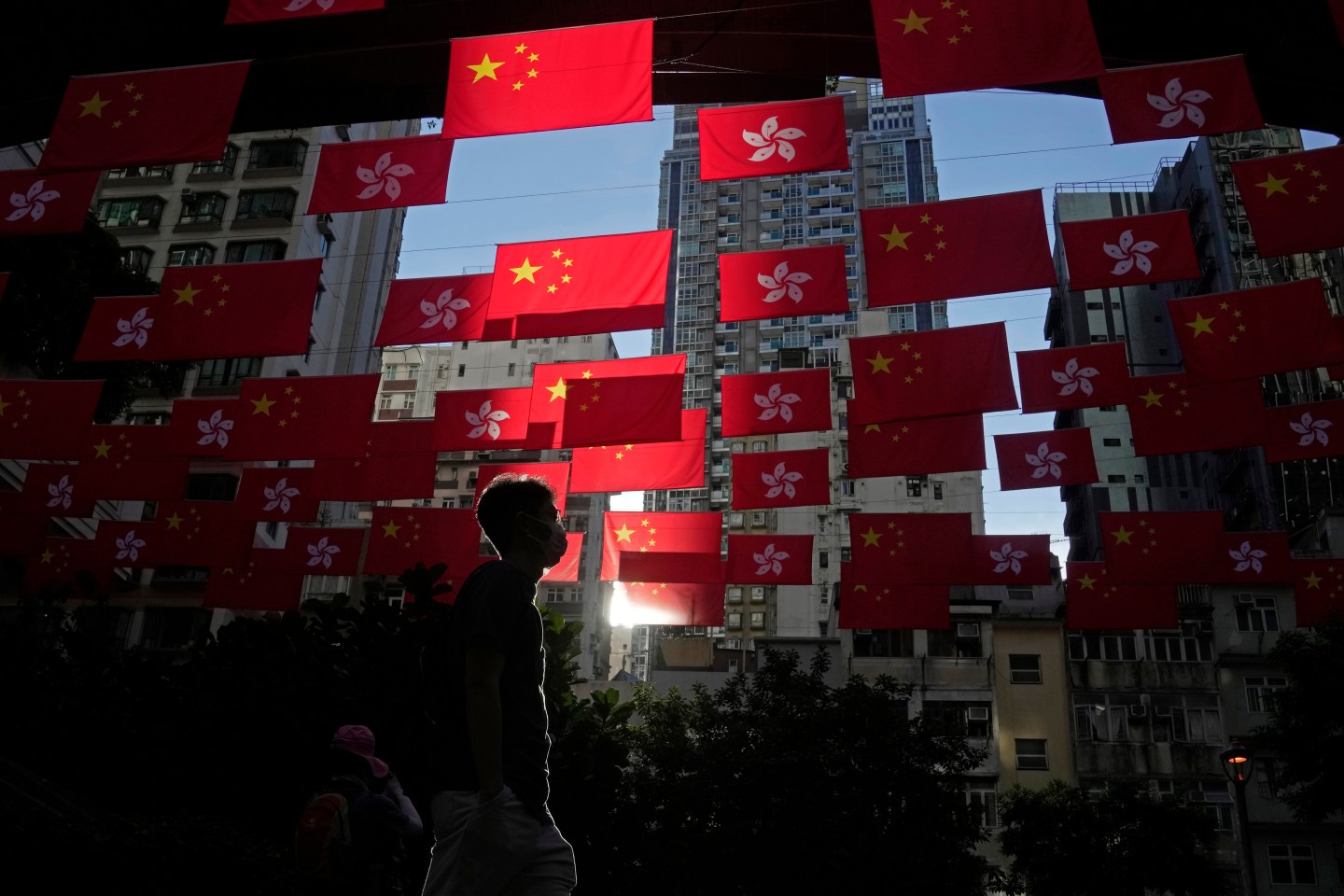 A man walks past Chinese and Hong Kong flags to celebrate the 25th anniversary of Hong Kong handover to China, in Hong Kong, on June 24, 2022.
Kin Cheung—AP

World Trade Organization arbitrators concluded Wednesday that the United States was out of line in requiring that products from Hong Kong be labeled as “Made in China,” a move that was part of Washington’s response to a crackdown on pro-democracy protests there in 2019-2020.

The United States or Hong Kong could appeal the ruling to the WTO’s appeals court. However, the Appellate Body is currently inactive because the U.S. has almost single-handedly held up appointments of new members to the court amid concerns it had exceeded its mandate. So any such appeal would go into an arbitration void and remain unsettled.

“The United States does not intend to remove the marking requirement as a result of this report, and we will not cede our judgment or decision-making over essential security matters to the WTO,” USTR spokesperson Adam Hodge said in a statement.

Hong Kong, a former British colony, is one of China’s special administrative regions and is considered a separate trading entity from China.

At a press briefing Thursday, Hong Kong’s commerce minister Algernon Yau said he had written to the USTR urging the U.S. to drop the label requirement.

The U.S. market only accounts for about 0.1% of Hong Kong’s exports, but the requirement has caused “unnecessary concern” for manufacturers, he said.

“Even though the financial implication is minimal, it caused a lot of confusion to the customers regarding ‘Made in Hong Kong’ or ‘Made in China,'” he said.

Three decades ago, the U.S. Congress passed a law allowing products from Hong Kong to benefit from a trading status different from China’s, and potentially lower tariffs, if it remained sufficiently autonomous. By marking products as “Made in China,” the U.S. can ratchet up the tariffs it levies on goods from Hong Kong.

Mass protests persisted for months in Hong Kong in 2019-2020. They abated after Beijing imposed a National Security Law, using it to silence or jail many pro-democracy activists.

In July 2020, then-U.S. President Donald Trump issued an executive order saying that Hong Kong was “no longer sufficiently autonomous to justify differential treatment in relation to the People’s Republic of China.”