Hong Kong’s peg to the U.S. dollar has survived for decades. Bill Ackman thinks it’s ‘only a matter of time before it breaks’ 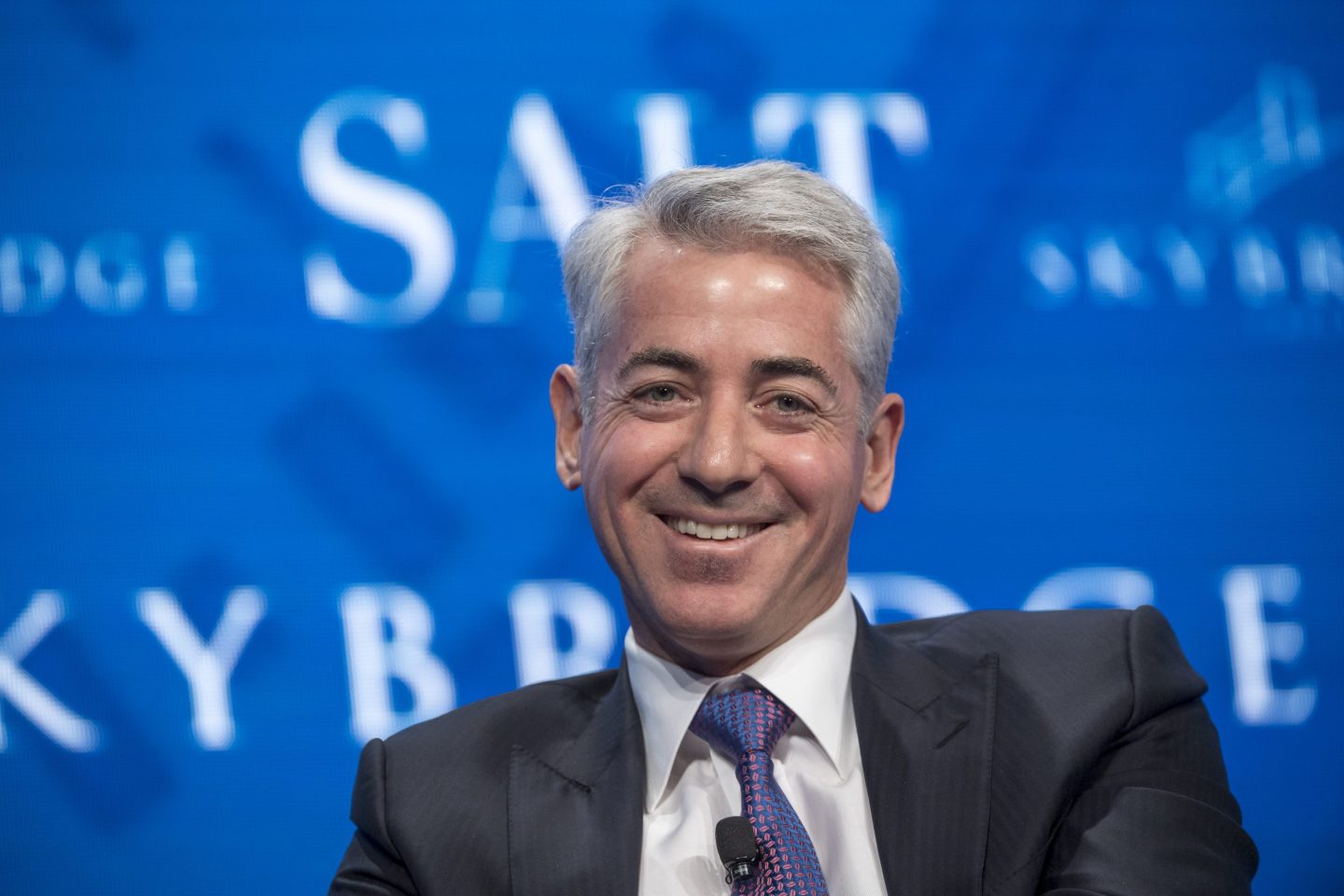 Traders have predicted the end of the Hong Kong dollar's peg to the U.S. dollar before—and been proven wrong.
David Paul Morris—Bloomberg via Getty Images

The Hong Kong dollar, the currency used by the semi-autonomous Chinese city, trades within a narrow band of 7.75 and 7.85 Hong Kong dollars to the U.S. dollar, in a peg that has survived for almost 40 years. Yet a weakening Hong Kong dollar, which has forced the city’s government to intervene in the currency market 40 times this year to preserve the peg, is leading some to think the peg will finally fall.

“The peg no longer makes sense for Hong Kong and it is only a matter of time before it breaks,” Ackman tweeted, revealing that his fund has a “large notional short position against the Hong Kong dollar.”

Ackman was responding to a Bloomberg opinion column from fund manager Richard Cookson, which argued that the Hong Kong government would be forced to increase spending (and thus debt) to help its COVID-battered economy recover.

Pershing Square Capital Management did not immediately respond to a request for comment.

The Hong Kong dollar has traded near the top of its band for much of the year, as traders sold the currency in favor of the higher-yield U.S. dollar. (The U.S. dollar has strengthened against many of the world’s currencies due to the U.S. Federal Reserve’s aggressive interest rate hikes to control inflation.)

The Hong Kong Monetary Authority (HKMA)—the city’s de facto central bank—has had to tap into its foreign reserves to preserve the peg, selling its U.S. dollar assets in order to buy Hong Kong dollars on currency markets. The HKMA has bought HK$​​241.2 billion so far this year, in its most aggressive intervention policy ever.

The currency peg has also forced the HKMA to raise interest rates in tandem with the U.S. Federal Reserve, to stop traders from ditching the local currency to pursue higher yields in the U.S.

Rising rates are bad news for Hong Kong’s economy, which shrank 4.5% in the third quarter year-on-year. The city’s government blamed the contraction on shrinking exports from a worsening global economy, yet Hong Kong’s business community also blames the city’s inbound travel restrictions for suppressing the city’s advantages as a financial center and tourist destination.

Increasing rates are putting a damper on the city’s property market, which is the world’s most expensive. In October, Goldman Sachs predicted that housing prices could fall by as much as 30% by the end of 2023, compared to 2021 prices.

‘You are bound to lose’

Despite this economic pressure, most observers think the Hong Kong dollar is not under threat.

The reason is the HKMA’s reserves of U.S. dollars, which total $417.2 billion as of the end of September 2022, or about five times the total number of Hong Kong dollars in circulation. (That’s down from $496.8 billion at the end of 2021.) Hong Kong’s foreign exchange reserves are the world’s eight-largest.

“If you bet against the Hong Kong dollar, you are bound to lose,” Paul Chan, the city’s financial secretary, told a summit of global bankers in Hong Kong earlier this month. “You can verify my advice with certain hedge fund managers in the U.S. who have been wrong about the Hong Kong dollar time and again,” he continued.

The British colonial government pegged the Hong Kong dollar to the U.S. dollar in 1983 in a bid to restore economic certainty amidst negotiations to return the city to China. The peg has survived almost unchanged since.

The biggest threat to the peg came during the Asian Financial Crisis in 1997 and 1998, as short-sellers led by George Soros tried to target the Hong Kong dollar. In August 1998, the HKMA spent about $15 billion, or 18% of its reserves at the time, to fight off speculators. Soros later praised the HKMA, saying it “did a very good job defending the Hong Kong dollar.”

Not the first time