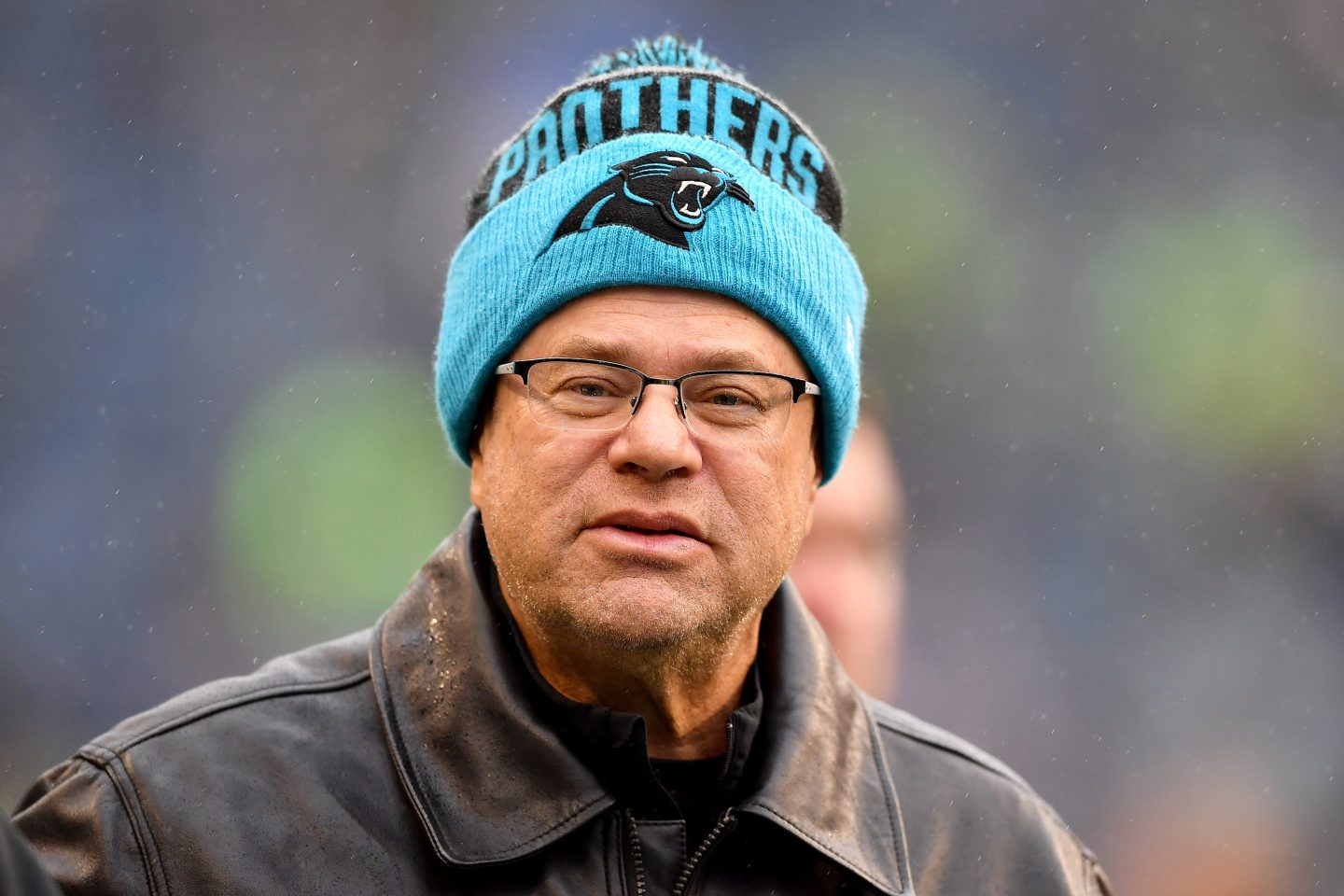 These days, David Tepper is probably best known as the owner of the NFL’s Carolina Panthers. But before his time in the owner’s suite, the billionaire made his name as a hedge fund titan.

Tepper founded Appaloosa Management in 1993 after honing his skills as a credit analyst at Goldman Sachs, and has been known to make risky bets when others are fearful. Appaloosa famously made $7 billion by gobbling up beaten down bank stocks in 2009 after the Great Financial Crisis.

But on Thursday, Tepper—who said he still considers himself “an optimist”—revealed that he’s betting against the stock market. The hedge funder said that central banks will continue to raise interest rates to fight inflation, and that’s bad news for equity prices.

“So I would probably say I’m leaning short on the equity markets,” he told CNBC, referring to short-selling. “Because I think the upside/downside just doesn’t make sense to me when I have so many central banks telling me what they are going to do.”

Many central banks worldwide have aggressively hiked interest rates in 2022 in hopes of taming global inflation, which spiked from 3.2% in the beginning of 2020 to 8.8% today, according to the International Monetary Fund.

In the U.S., the Federal Reserve has increased interest rates seven times this year, amounting to a 4.25% total jump—the most in a year since 1980.

Tepper said that despite the chorus of critics arguing central banks should slow or pause their rate hikes, he believes officials will continue to focus on fighting inflation.

A number of leading minds on Wall Street have expressed concern that inflation might not fall to central banks’ 2% targets next year. Mohamed El-Erian, president of Queens’ College at the University of Cambridge, said last month that inflation could get “stuck” at an uncomfortably high number because of rising wages, supply-chain issues, and a “change in globalization.”

In this rising interest rate environment, Tepper questioned whether the S&P 500 is trading at an earnings multiple that makes sense.

Earnings multiples, or price-to-earnings ratios, are a way for investors to value stocks—or in this case an index like the S&P 500—based on corporate earnings. And since rising interest rates can weigh on earnings, periods with higher rates tend to have lower earnings multiples for stocks.

“Why are we still putting these high multiples like when I had 1% rates? I have to put multiples that are realistic to the market,” Tepper said on Thursday.

The market will have to decide what the correct earnings multiple should be for this new economic era, but if history is any guide, the situation could get even worse.

But Tepper pointed out that in 2010, the S&P 500 was trading at roughly 12 times earnings when interest rates were near zero after the Great Financial Crisis of 2008. So with today’s interest rates, there is potential for the index’s current multiple to drop sharply.

“So that’s the question of the stock market right now. What should be the multiple?” Tepper said.

And with the Federal Reserve continuing to raise rates, stocks also face another risk.

“They [the Federal Reserve] can’t say it, but maybe there will be a small recession of some sort,” Tepper said.