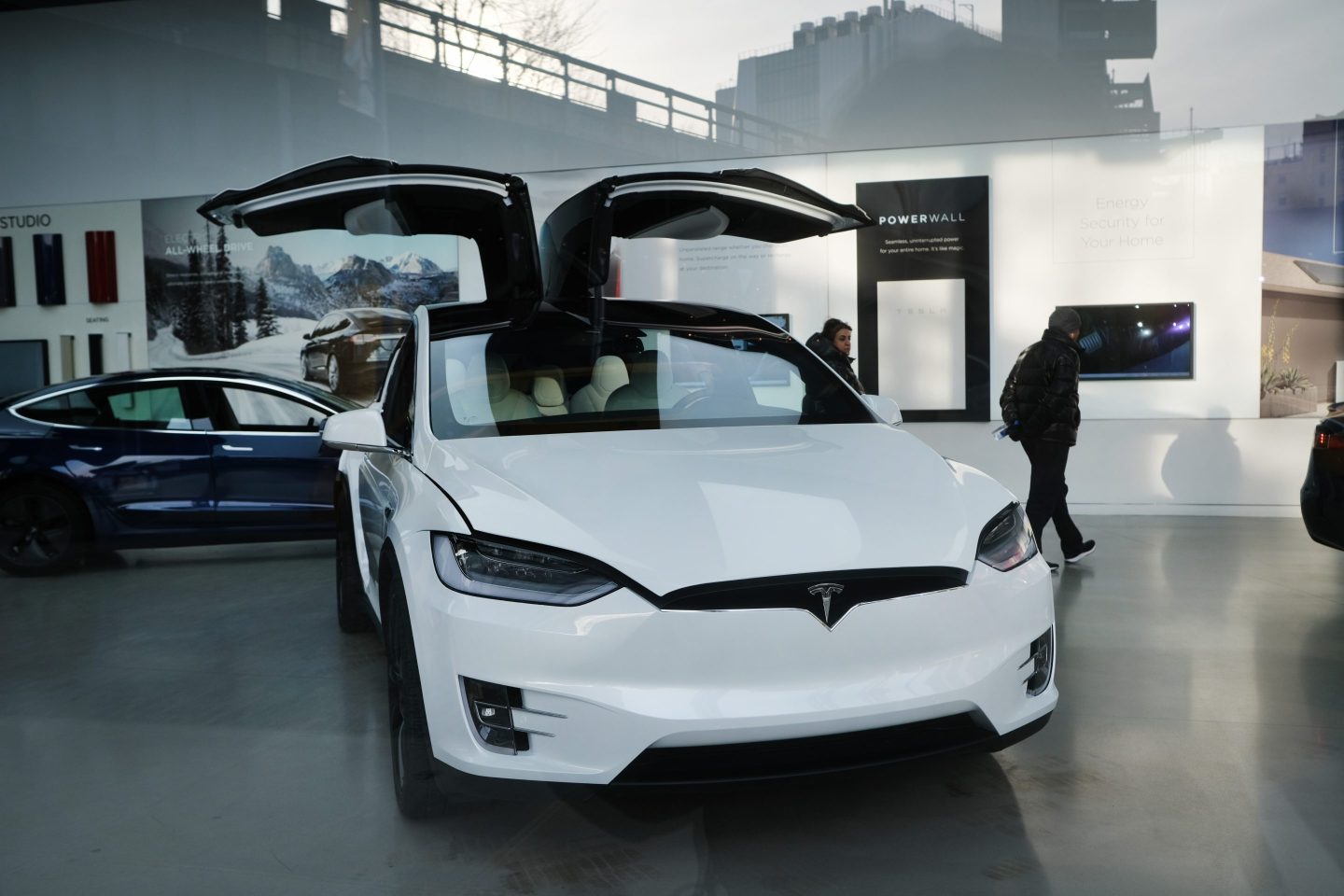 Tesla shares are down 58.0% since CEO Elon Musk first announced he would be buying Twitter back in April.
Spencer Platt—Getty Images

Tesla shares continued their monthslong decline on Tuesday, sinking 8.1% as CEO Elon Musk battled with disgruntled shareholders and affirmed that he would remain as head of Twitter in the short term.

It’s been a large climbdown for Tesla, which last year was one of the few U.S. companies with a market value greater than $1 trillion, alongside Microsoft, Apple, Alphabet, and Amazon. (The e-commerce giant has also since slipped from the $1 trillion club, with a market cap of $869 billion.) Last week, Tesla’s market capitalization fell below $500 billion for the first time since November 2020.

Tesla shares are down 39.4% since the end of October, when Tesla CEO Elon Musk finalized his $44 billion acquisition of Twitter and took over as CEO. And shares are down 58.0% since Musk first said he would be buying the social media company, all the way back in early April.

Ross Gerber, a major Tesla investor, tweeted on Tuesday that the “Tesla stock price now reflects the value of having no CEO,” adding that it was “time for a shake up.”

Musk recently lost a Twitter survey, released Sunday evening, asking whether he should remain as the company’s CEO, with 57.5% of respondents saying he should step down. Musk responded to the poll on Tuesday, tweeting that he would only resign from the social media company after he’d found someone “foolish enough” to take the job—and even then, he would still run the company’s software and server teams.

In a security filing last week, Musk revealed that he had sold 20 million Tesla shares, worth about $3.5 billion.

Musk offered his own argument for Tesla’s struggles in a tweeted reply to Gerber: that interest rate hikes from the U.S. Federal Reserve are to blame.

“As bank savings account interest rates, which are guaranteed, start to approach stock market returns, which are *not* guaranteed, people will increasingly move their money out of stocks into cash, thus causing stocks to drop,” Musk tweeted, also calling it “Securities Analysis 101.”

A looming economic slowdown, if not a possible recession, is also likely to dampen demand for Tesla’s electric cars, popping some of the projections that motivated the optimism of Tesla shareholders.

Electrek reported early Wednesday that Tesla would implement a hiring freeze and start a wave of layoffs next quarter, citing a source at the company.

Inflation and increasing interest rates have hammered other tech stocks throughout the year. Such tech companies have seen share price declines nearing the scale of Tesla. Shares in Amazon and Meta have fallen by 50.0% and 65.4%, respectively, over 2022. (Tesla shares are down 65.5% over the same period.)

Tesla could also be facing problems in China. The electric-car maker sells half as many cars in China as it sells in the U.S., making the country one of its most important markets. Tesla also produces cars from its Shanghai gigafactory.

China is currently in an economic slump, first spurred by widespread lockdowns in November, followed by a surge in COVID cases in recent weeks, even as Beijing starts to lift containment measures. COVID uncertainty could deter Chinese consumers from buying new electric vehicles. In addition, generous subsidies for electric cars expire at the end of the year, which might dissuade Chinese consumers from buying a new Tesla.