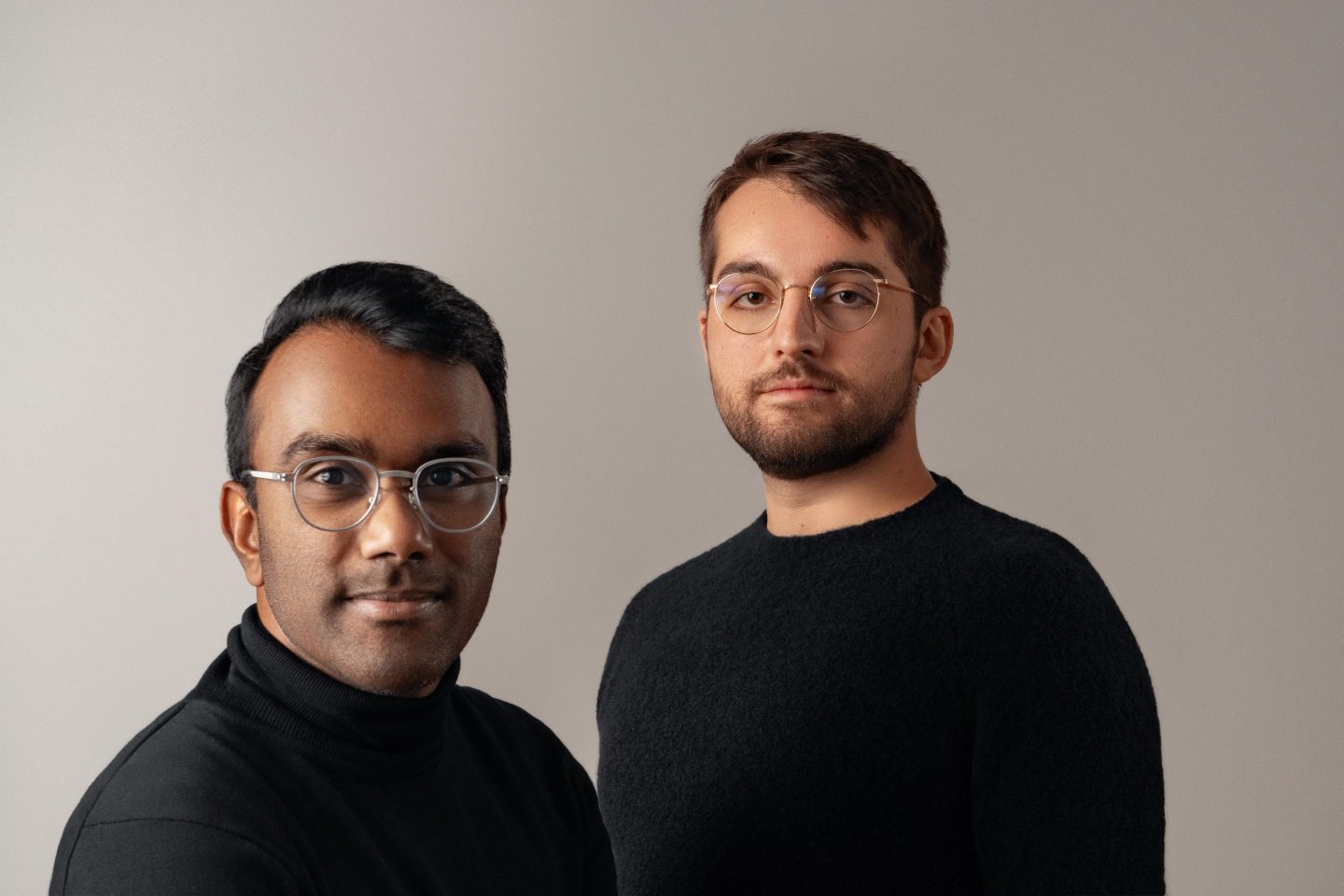 Keith Peiris (left) and Henri Liriani are veterans of Meta’s product teams whose new startup Tome is among a crop of companies hoping to build useful business software powered by generative A.I.
Courtesy of Tome

We’ve all had fun playing around with ChatGPT. But, some skeptics scoff, this kind of “generative A.I.”—the umbrella term for artificial intelligence that can create brand-new images, text, music, voices, or data—is little more than a toy, with few immediate commercial uses.

An increasing number of startups are hoping to prove these skeptics wrong and are quickly adapting various generative models—sometimes in combination with one another—to power complex software tools for business.

In the latest example of this, Tome, a San Francisco startup that is dedicated to collaborative software tools for what the company defines broadly as “storytelling”—anything from children’s books to corporate annual reports and from sales pitch decks to film storyboards—has begun using generative A.I. to automatically frame narratives and create slide shows, complete with original images to illustrate each slide.

Among others building on the generative A.I. trend are Jasper, an Austin-based company that uses A.I. to automatically write marketing copy, and Synthesia, a company that can generate complete videos from a text prompt.

Tome, which earlier this year received $32.3 million in venture capital funding from investors that include Greylock Partners and Coatue, hopes to eventually displace office productivity software such as Microsoft’s PowerPoint or Canva.

The company’s presentation creation feature, which launched in an initial beta test today, uses a powerful natural language processing system created by OpenAI, the company behind ChatGPT, to generate the text of the slides, based on an initial description of the task from the user. The output includes a presentation title and headings for each slide, as well as a paragraph or two of more detailed information for each slide.

The software then feeds this text into a different text-to-image generation A.I. called DALLE-2, which was also built by OpenAI, to automatically produce images to illustrate each slide. The user can then use a suite of simple editing tools to modify these slides in whatever way they wish.

Keith Peiris, Tome’s cofounder and chief executive officer, says he sees the A.I.-powered features as a way for teams to brainstorm ideas and create first drafts of either an entire presentation or a single slide. “We don’t think this is a one click, create a finished product and send it,” Peiris said. “The goal is to create some initial structure so you can fill in the rest, riff on it, edit it, modify it.”

Peiris says that Tome already has “tens of thousands” of users who have been creating sales and pitch decks, product road maps, and mini-websites with the company’s software. He says that people have also used it to generate children’s storybooks and wedding invitations.

The company plans to add additional A.I. features early next year that will allow users to more simply edit the A.I.-generated images for each slide, change the slide layouts, and make additional modifications to the text, including adjusting the tone and style of the writing.

Reid Hoffman, the LinkedIn cofounder and Greylock partner, who sits on the board of both OpenAI and Tome, tells Fortune that he sees Tome as one of a new breed of collaborative A.I. “copilots” that will usher in an era of “human amplification,” with A.I. assistants aiding people in a wide variety of work tasks.

In general, Hoffman says that his investment thesis for generative A.I. has been around “how do you give a broad range of human beings superpowers, and then using the design of the software for connecting people to those abilities.”

He says he was attracted to Tome because of its founders and the way they thought about creating software. Both Peiris and his cofounder Henri Liriani, who serves as Tome’s chief product officer, were veteran product managers and designers from within Meta’s empire, with roles at Facebook and Instagram.

He also says that he liked the fact that the team was thinking not just about creating slide decks, but about storytelling in the broadest sense. “We describe our species as homo sapiens but in another way you could describe us as homo narrativus: Storytelling is essential to what we do,” he says.

Storytelling is also crucial to many facets of business, particularly when it comes to a company’s culture, mission, and product. “This is frequently overlooked in the MBA mechanics of business productivity software.”

Peiris says that Tome will offer a free version of its presentation creation software that will enable users to create a certain limited number of decks per month. It will also offer a paid subscription version intended for businesses.

Playing around with Tome’s software, I was impressed with its ability to generate titles and headings and to break material into logical sections that form a narrative structure.

But the software also highlights some of the limitations of today’s generative A.I. The number of characters that a user can feed into an initial prompt is limited, so one can’t ask it to create a presentation for an entire page’s worth of material all at once.

Also one can’t ask it to draw exclusively from a corporate knowledge base or a repository of marketing assets (such as company logos and style guides). While it maintains a consistent artistic style for the images it creates to go with each slide in the presentation, it can’t maintain the exact same characters across slides.

Peiris says he is sure the company will be able to resolve many of these issues in the coming year. He says that the company may need to switch from using OpenAI’s DALLE-2 text-to-image generation A.I. to a rival, open-source product, Stable Diffusion, because that would enable Tome to have access to the underlying A.I. model, which it could modify to ensure characters are always portrayed the same way across slides.

Correction, Dec. 20: An earlier version of this story misspelled the last name of Tome cofounder Henri Liriani in the photo caption. It also misstated that Tome currently offers product integrations with PowerPoint and Canva.