LinkedIn founder and VC Reid Hoffman says ‘human amplification’ via A.I. will revolutionize large enterprises in the next five years 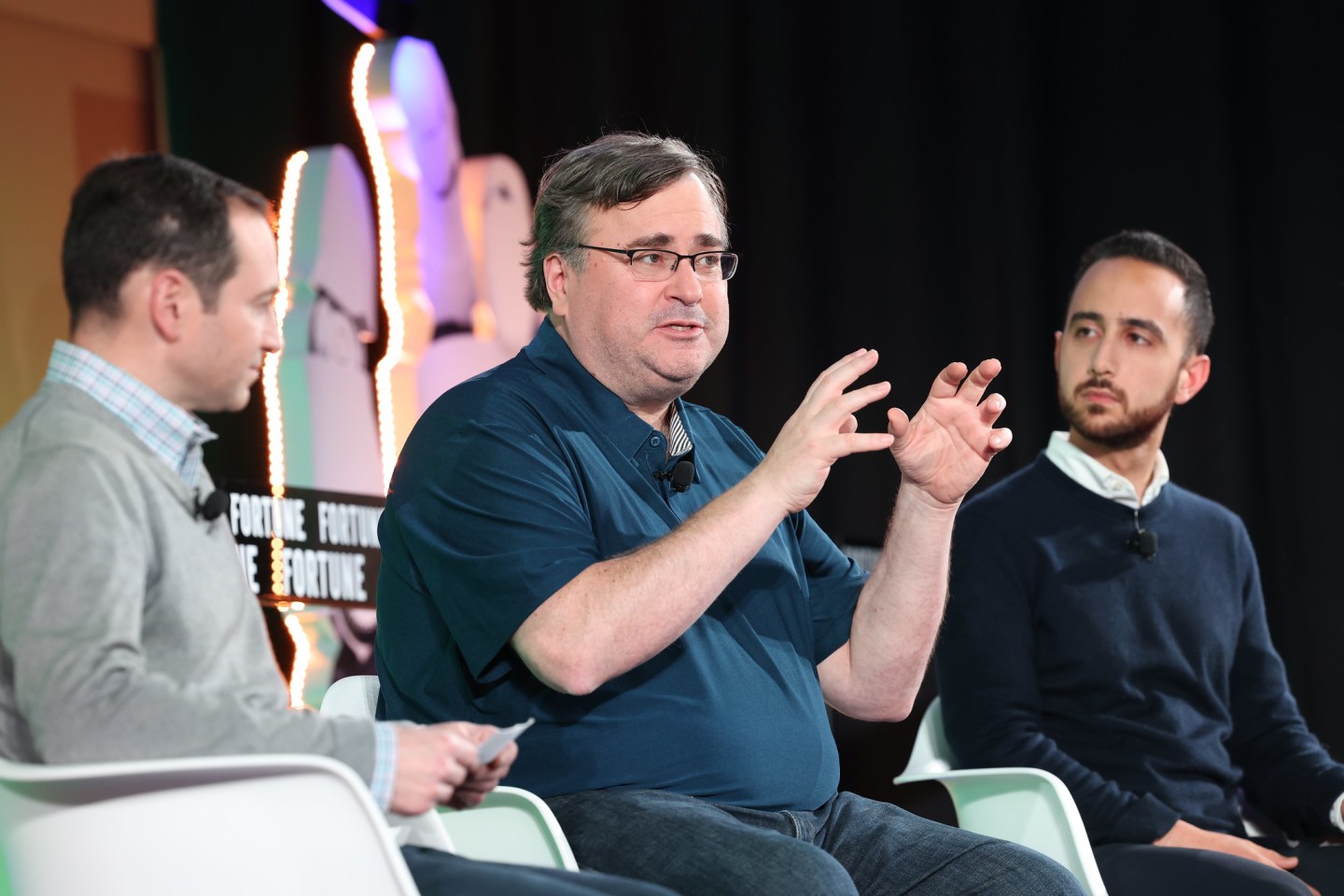 Workers in professions ranging from software engineering to medicine can plan to benefit from human amplification—the coupling of human intelligence with technology—within the next five years, Reid Hoffman, the venture capitalist and LinkedIn founder, told the audience at Fortune’s Brainstorm A.I. summit in San Francisco on Tuesday.

Hoffman, a partner with venture capital institution Greylock, shared the stage with Saam Motamedi, another partner at Greylock, and Fortune’s Jeremy Kahn. Central to their conversation was Inflection, a machine learning startup co-founded by Hoffman. Inflection focuses on improving interactions between humans and computers by enabling A.I. systems to understand “natural language” instructions from human users—effectively allowing those users to amplify their own abilities.

Hoffman said that Inflection sees itself as a “co-pilot” to human professionals rather than a replacement. “[Human amplification] doesn’t put graphic designers out of business,” he said. “It becomes the new essential tool by which we do everything.”

Hoffman predicted that this technological advancement has the capacity to completely transform industries in as little as two years.

Motamedi added that at this point, 90%-95% of the companies Greylock evaluates are leveraging A.I. in some way. Instead of focusing on companies that simply obtain the technology, he said, Greylock finds value in companies that are integrating A.I. advances into the customer’s environment to solve the problem at hand. Motamedi said he believes this application of A.I. can be broken down into five considerations: “deployment, inference, time, consistency, and reliability.”

For instance, a call center can use previously collected data to build a new user design paradigm that learns from customers as they interact with the product, capturing “really rich and nuanced information that your [A.I.] model can learn from,” said Motamedi. For maximum impact, the model needs to have longevity in the industry—think decades, not just a few years.

Over the next decade, Hoffman envisions a utopian future where the application of A.I. “amplifies human creativity and productivity” and is broadly available across industries, but does not decrease the number of jobs available.

But a positive impact isn’t guaranteed, Motamedi added. He noted that he could imagine a far more dystopian future where companies have not put controls in place to “actually understand what’s being generated and why” by their A.I. models.

“The challenge is it’s easy to generate a plausible sounding explanation for what these very complicated models are doing,” said Hoffman. “And it’s harder to know if that explanation is true.”

Especially in industries like financial services, it’s important to put controls in place before A.I. systems can roll out in a much more ubiquitous manner. But that still hasn’t happened yet, according to Motamedi. Both Hoffman and Motamedi believe there are still many innovations needed before artificial general intelligence can revolutionize the way industries amplify their human capital.