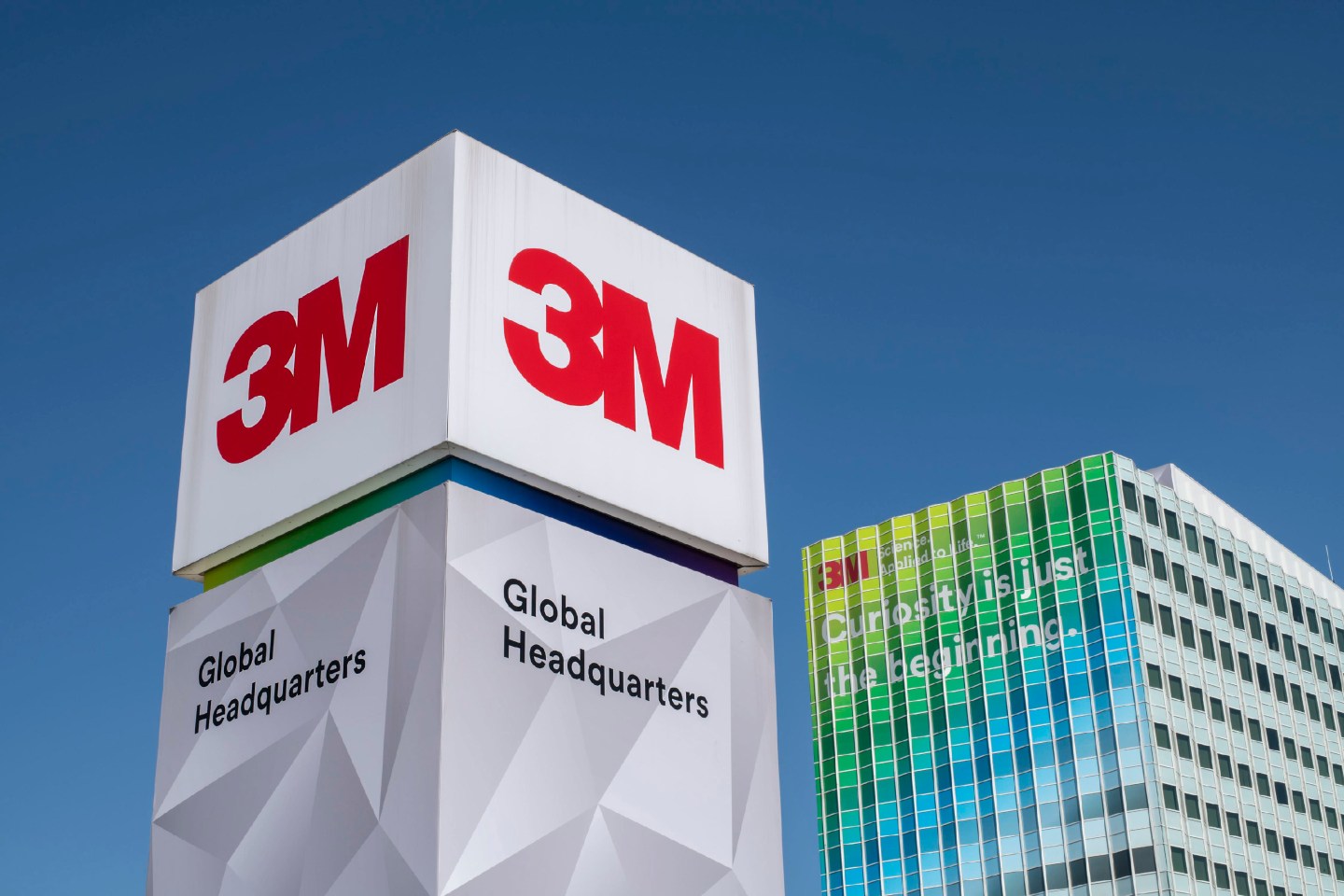 3M Co., confronting regulatory pressure and lawsuits that threaten billions of dollars in damages, will stop making so-called forever chemicals and aim to discontinue their use in products by the end of 2025.

The announcement marks a historic break with an entire class of chemicals — consisting of thousands of variations on the carbon-fluorine bond — that were first created as part of World War II-era atomic bomb research. The company developed hundreds of products with them over more than 70 years, including Scotchgard, firefighting foams and waterproof and stainproof textiles.

They are now a liability that could potentially cost 3M some $30 billion, Bloomberg Intelligence estimates.

The industrial conglomerate expects to book pretax charges of $1.3 billion to $2.3 billion as it stops making per- and polyfluoroalkyl substances, or PFAS, according to a statement Tuesday. That will include an estimated charge of up to $1 billion this quarter.

Mike Roman, 3M’s chief executive officer, said the decision was an acknowledgment of “accelerating regulatory trends” and increasing customer unease with the use of PFAS.

“When we look forward at some of those factors, we don’t see a viable business in the future,” Roman said in an interview. “This is a portfolio decision that allows us to move into other, higher growth opportunities.”

Parties who have pressed 3M and other companies to get rid of the compounds criticized what they see as a lack of acknowledgment the chemicals are linked to serious health concerns and should be removed from the environment.

“What’s lacking is any statement or commitment to accept responsibility for the damage that’s already been caused,” Rob Bilott, a partner in the Cincinnati office of Taft Stettinius & Hollister LLP, said in a phone interview.

Biloott has led several legal challenges over the chemicals, including those portrayed in the Hollywood movie Dark Waters, and a case against 3M involving PFAS in Minnesota back in 2005.

The Environmental Working Group, a nonprofit based in Washington DC that has documented the chemicals’ widespread presence in water, said 3M’s actions come too late for people who were unknowingly contaminated.

“After telling everyone – their neighbors, their workers, and their regulators – that PFAS are safe while poisoning the entire planet, 3M is now pledging to slink out the back door with no accountability. Congress and the courts cannot allow this happen,” the group said in an emailed statement.

Roman said it’s too soon to provide details on whether the company will repurpose plants currently manufacturing PFAS, but he said 3M would work to find other roles for employees hurt by the decision.

Users of products with the chemical are keen to find alternatives because the compounds are considered to be almost impossible to get rid of, accumulating over time in the soil, the water and in human bodies. They are said to be associated with a host of health problems, including cancer and liver and kidney problems.

And 3M isn’t the only company involved in litigation over the manufacture and use of PFAS. Other defendants have included Tyco Fire Products LP and Chemguard Inc. DuPont Co. and Chemours agreed to a $670 million settlement in 2017 to resolve PFAS suits filed by 3,500 people in Ohio.

3M’s exit from the category comes 20 years after management phased out an early, popular form of PFAS, known as PFOS, in 2002 under pressure from scientific studies about its potential harms. That phaseout set off a deluge of some 2,000 lawsuits that ultimately could cost the company billions.

3M’s decision to abandon PFAS manufacturing also raises questions for the companies that continue to make or use them, and for industrial applications that rely on them.

Roman said 3M was committed to working with customers to find alternative solutions.

The company currently generates about $1.3 billion in annual sales from manufacturing PFAS, according to the statement, and has a profit margin of about 16% before interest, taxes and other expenses.