Why Lime’s CEO thinks cars are his true business rivals—not other scooter companies: ‘Our competition is getting a family to give up that second car’ 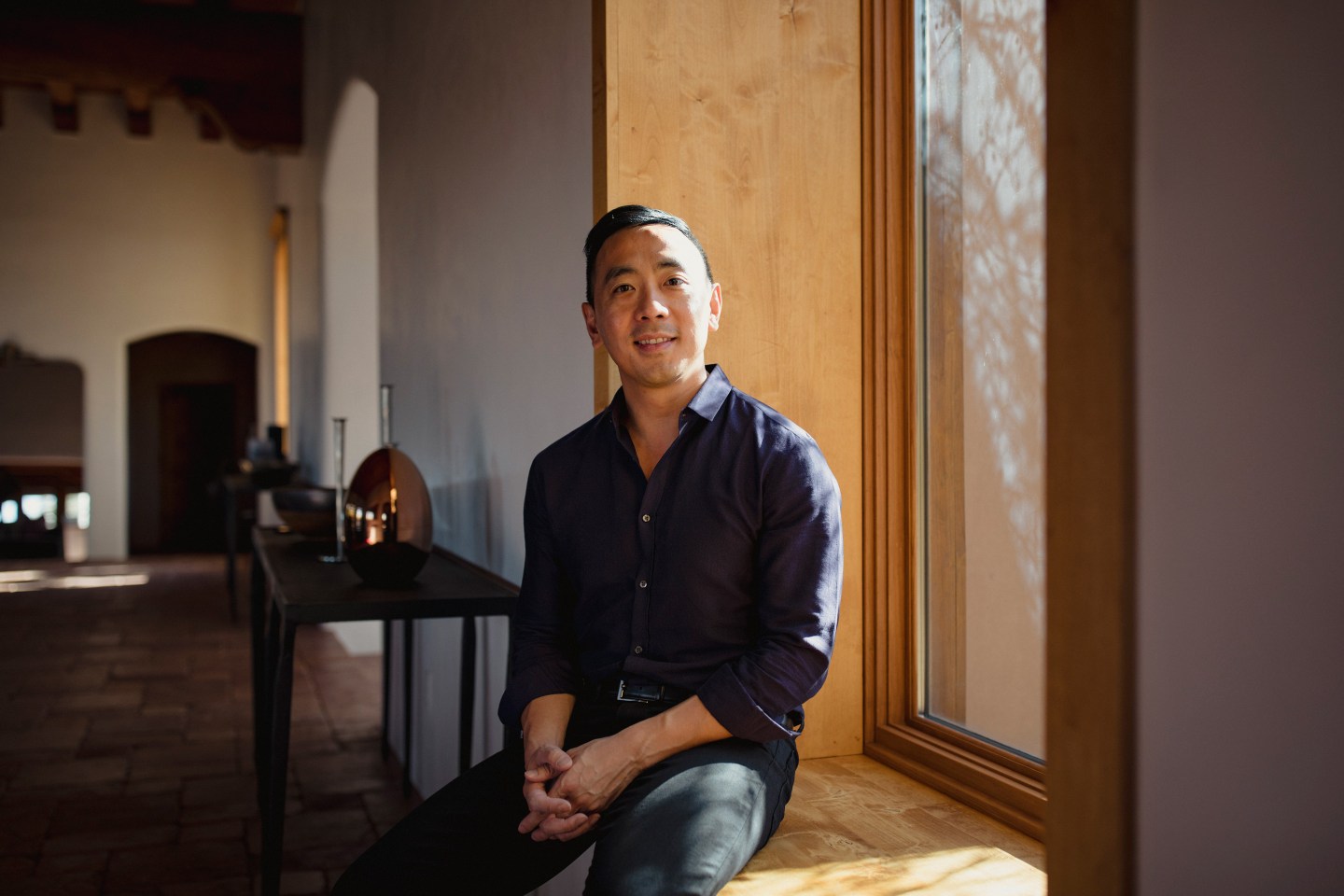 Lime and its financial backers had every intention of pulling off an initial public offering this year. But as the market for new stocks cratered, the e-scooter maker had little choice but to postpone those plans and focus on finally achieving profitability and fine-tuning its operations.

It’s since accomplished that mission, seeing profits so far this year—at least by one measure (adjusted earnings before interest, taxes, depreciation, and amortization)—says Lime CEO Wayne Ting. Time will tell what the annual profit will show, given that usage drops in cold months like November and December.

Meanwhile, Lime has been busy lining up more cities of operation, in addition to the 250 in which it already exists, like Seattle, Washington, Paris, and London.

Ting, who joined Lime in 2018 as its global head of operations and strategy and became CEO in May 2020, has taken a more grown-up approach to running the shared scooter and bike company. The company is fostering relationships with elected officials in cities it relies on for growth rather than antagonizing them as it had before Ting’s arrival. Gone are the days of e-bike companies setting up shop, like mercenaries, without getting legislative permission or even buy-in from residents. Ting’s key selling point to win over officials is how micro-mobility, a buzzword to describe one-person modes of transportation, can help cities tackle the vexing problems of congestion and pollution caused by cars.

That’s key given how many city officials and residents are skeptical of scooters, put off by the sight of bikes strewn about and riders terrorizing pedestrians as they zoom down sidewalks at breakneck speeds. While Ting, a former White House staffer and private equity executive, acknowledges those concerns, he’s quick to say cars are the bigger problem. “The thing cluttering our streets is not the abundance of bikes and scooters, but the abundance of cars,” he says. Some cities beg to differ. Earlier this month, Paris officials proposed banning e-scooters.

But Ting strikes a conciliatory tone toward rivals like Bird, whose shares have fallen 94% this year on fears the e-scooter revolution has peaked. Ting calculates that the more companies pushing for infrastructure for bikes and scooters in the so-called micro-mobility gold rush, the more infrastructure will be available to help Lime tap into what the company believes is a permanent change in attitude toward scooters.

“People are moving again and want to be more environmentally conscious,” he says.

Fortune: How do you make the case to allow Lime to operate in additional cities?

Ting: The need for green transportation is universal. The number one cause of carbon pollution in the U.S. is transportation, most of which comes from personal cars and trucks. The same is true in Europe. Unless these countries fundamentally reduce their reliance on cars, they have no path to hitting climate goals. What creates congestion? Cars, cars, cars. So we go to cities where we seek a permit and say, ‘We can be a major part of the solution.’

That’s quite a contrast to Lime’s approach a few years ago before you came on as CEO. Why the change?

That approach doesn’t work. You can’t just go into a city and dump scooters and bikes on the street without the consent and support of the community. We do not operate anywhere today without the consent of communities. The early strategy only got people angry, and cities started enforcing their rules. It was the wrong strategy.

What’s your response to criticism that scooters strewn about on sidewalks are a nuisance and an eyesore?

We use positive encouragement to get people to put them back in the right place. We have operational teams who pick up scooters and move them to a different location if they’re left out. But I challenge the notion that bikes and scooters are a big source of clutter. I still get tagged on social media where people say, ‘Please pick up this e-bike right now. It’s outside my house.’ In San Francisco, there are 400,000 cars and 6,000 e-bikes or scooters. The thing cluttering our streets is not the abundance of bikes and scooters; it’s the abundance of cars.

What about scooters going full speed on sidewalks, already teeming with e-bikes, and scaring pedestrians?

We’re developing new sidewalk detection technology from how the scooter bounces, and we’ll use GPS to augment that and slow you down. But this is happening because we have a weak bike infrastructure. If you have places where there are good, protected bike lanes, people are typically not riding on the sidewalks. City planning has failed modern society because we built a car-centric transportation system.

There are so many shared scooter companies: Bird, Lime, to name just two. They seem interchangeable. What’s the difference between you all, and how do you build brand loyalty?

The difference starts with hardware because we invest in research and development. We built our latest scooters and e-bikes in-house, and we have contract manufacturing in China to do that. It matters because we get to design the products. For instance, we have bigger wheels and a wider stance for better rideability. Our competitors buy from the same two Chinese manufacturers, so they have the same scooters regardless of the brand. That’s how you become a commodity. Our competitors have franchising and outsourcing models, but we have local employees on the ground doing quality control in every market we operate. If a scooter is parked incorrectly, we have somebody who can pick it up and move it.

Speaking of competition, you say cars are your real rivals rather than other scooter companies. Why?

How do we grow the 2% of people using micro-mobility to 3% or 10%? Our competition is not the others in the industry who have the same mission as us. Our competition is getting a family to give up that second car. It’s getting people to think twice before they drive for two miles. We want to start creating competition with cars, so how do we get cities to enable that?

What impact does work-from-home have on your business?

Roughly one-third of our trips came from commuting, one-third from tourism, and one-third from intra-city travels pre-pandemic. People may go to the office less often now, but they still have many trips. We see a shift away from downtowns and business districts into neighborhoods.

You landed a $500 million financing round one year ago and seemed ready for a 2022 IPO. That hasn’t happened, and your rival Bird’s stock has plunged. What are your thoughts on an IPO now?

The IPO market largely doesn’t exist today. We have plenty of runway and capital, so we’ll continue to drive the company to self-sustainability and hopefully break through on profitability for the year. Whenever the IPO market opens, we’re ready to take advantage of it. An IPO is not a destination; it’s just a stop. It’s a funding mechanism. You’ve got to live as a public company afterward. What matters is whether you’re building a great, profitable, and sustainable business.

Get to know Ting: