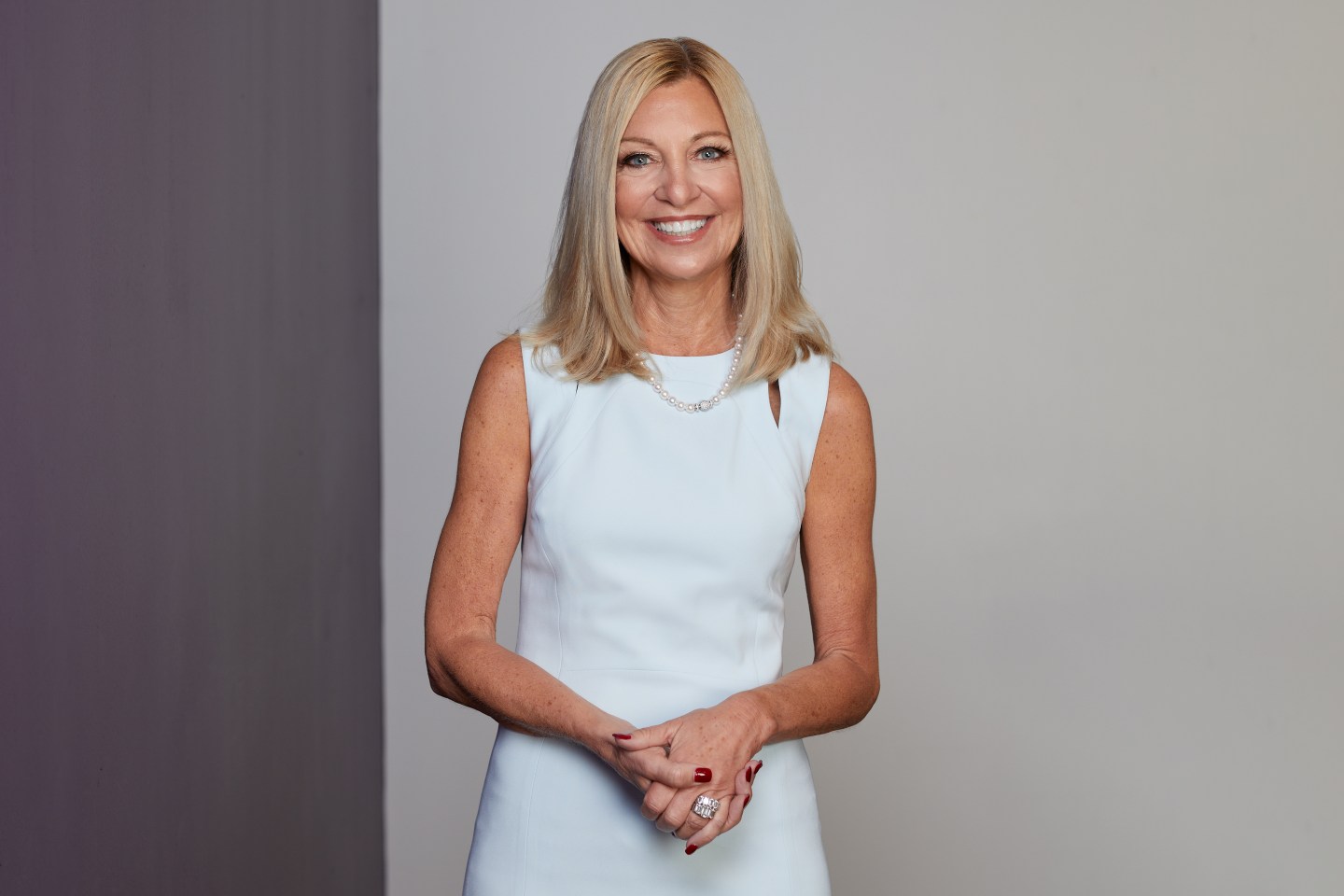 Karen Lynch, president and CEO of CVS Health—and 2021's No. 1 on the Most Powerful Women list.
Jeffery Salter for Fortune

As interest rates increase and consumer spending cools, many economists are pointing to a recession next year. And for CEOs and CFOs, learning from battle-tested coaches about leading during these uncertain times can help you win.

The Fortune piece, “How CEOs can lead in a recession and come out stronger: 5 powerful strategies from corner-office veterans,” provides insight all C-suite leaders can use. Fortune’s Shawn Tully spoke with several great current and former corporate leaders who opened up their playbooks to share how they weathered (and even triumphed in) periods of extreme adversity. Tully assembled a crisis preparation guide with lessons for leaders in any business.

“We have lots of experience with economic challenges, and they come in all shapes and sizes,” Frank Bisignano, currently CEO of the fintech and payment platform Fiserv, told Tully. “But this is inflation like no other. You not only have the cost of goods rising at the fastest rate in decades, you have much less availability of supplies, and a workforce dynamic like you’ve never seen before. And they’re all hitting at the same time.”

Bisignano has been in CEO roles for almost 10 years and has 30 years of experience as a top-ranking financial executive. The dot com crash struck while he was at Citigroup. His biggest takeaway from facing challenges: In a time of crisis, take care of your people. If a recession strikes, that employee loyalty “puts us in a position to come out of the downturn faster and stronger than our competitors,” Bisignano said.

We’re experiencing the highest inflation in 40 years. “But David Cote, Honeywell’s CEO from 2002 to 2017, spent 23 years prior to that at General Electric, including a stint heading the appliance unit,” Tully writes. “That gave him the chance to observe how GE handled rocketing prices, both in the U.S. and in developing nations—and gives him clear insights about how CEOs should manage the scourge today.”

Cote’s advice is to adopt a two-prong approach. The first step: “Continue to drive productivity, but recognize that your top priority has shifted to raising prices in anticipation of inflation. It’s crucial to lift prices ahead of the increases you expect from suppliers and add a big cushion in case your forecast is wrong,” Tully writes.

Cote also advises focusing on the corrosive effect inflation has on your cash holdings, whose value plummets as inflation gets worse. He told Tully a solution is to return all that liquidity to shareholders or locate areas to invest where the returns beat inflation and that includes acquisitions. “That happened in the late 1970s at GE,” Cote noted.

Another piece of advice from the leaders is to seize the opportunities a crisis can create. When Karen Lynch became CEO of CVS Health in February 2021, COVID was still devastating the country. But this was an opportunity for Lynch to put forth her plan to democratize the way Americans get care.

“The pandemic really put us on the map as a health care company,” Lynch told Tully. For example, “CVS has remodeled over 950 of its more than 9,000 stores as HealthHUBs that offer chronic disease management and, in some locations, counseling from mental health professionals,” Tully writes. “By year’s end, Lynch aims to clinch a deal to acquire a large primary-care provider featuring a network of physicians’ offices. In the four quarters through September, the company’s free cash flow was $19.5 billion, nearly double the 2019 figure. Since Lynch took charge, CVS’s share price has jumped 40%, adding $38 billion in market cap.”

You can read more here about strategies from several other time-tested leaders including Southwest Airlines’ Gary Kelly and Ryanair’s Michael O’Leary.

In November, there were five $10 billion-plus M&A deals worldwide, breaking a streak of five-straight months featuring two or fewer such deals, a new S&P Global Market Intelligence data analysis found. The largest deal of the month was Johnson & Johnson's $18.04 billion acquisition of Abiomed Inc., announced Nov. 1., according to the report.

"The first global decline in life expectancy since World War II poses a major threat to the economy. Here’s how it impacted the U.S. and 30 other countries," a Fortune analysis by Matthew Heimer and Nicolas Rapp finds COVID’s devastation and the opioid epidemic show up starkly in life expectancy (LE) data. Along with this human tragedy, is an economic dimension. "Shorter life spans may presage slower growth in industries such as health care and financial services that cater to older people," the authors write. "Falling LE can also result in a smaller labor force, which in turn could have dire consequences; tax revenue could dry up, for example, and inflation could worsen if workers are scarce." For example, the U.S. has experienced the biggest peacetime decline of LE on record, according to the data. LE fell from 78.8 years in 2019 to 77.3 years in 2020. The authors also provide a data set that focuses on Europe.

Lori Beaudoin, EVP and CFO at The Duckhorn Portfolio, Inc. (NYSE: NAPA), a luxury wine company, intends to retire in the spring of 2023 after more than 13 years with the company. Duckhorn has launched a national search for a CFO. Beaudoin plans to continue in her role until her successor is in place. Afterward, she will become a senior advisor.

Mark A. Carano was named VP, CFO, and treasurer at SPX Technologies, Inc., (NYSE:SPXC), a manufacturer of products for the HVAC markets, effective Jan. 3. Carano joins SPX Technologies from Insteel Industries, Inc., where he served as SVP, CFO, and treasurer. Before joining Insteel, he was the CFO of Big River Steel LLC, until its sale to U.S. Steel in 2020. Before Big River Steel, Carano worked in senior management roles at Babcock & Wilcox, including SVP of finance and controller of their industrial segment and SVP of corporate development and treasurer.

"As we look to 2023, there's a lot of uncertainty. There's certainly macroeconomic factors that for a shoe salesman like myself is hard to predict. So what's our response to that? Our response is really to be as agile as possible."