‘Dr. Doom’ Nouriel Roubini says a severe recession will cause stocks to drop 25%—and warns zombie companies are in danger 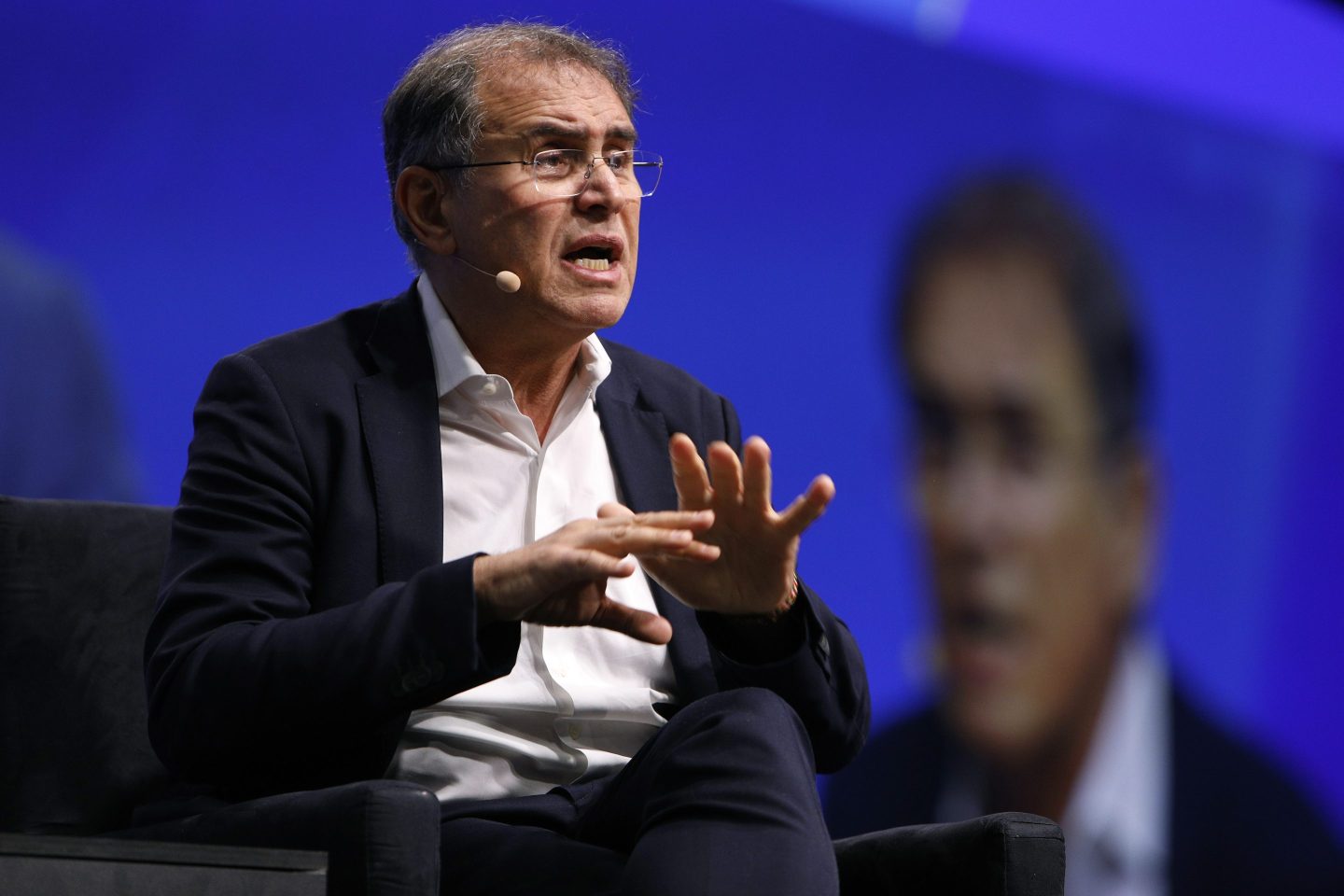 They call him “Dr. Doom” for a reason. Nouriel Roubini, professor emeritus at New York University’s Stern School of Business and CEO of Roubini Macro Associates, has a history of making pessimistic—but often prophetic—economic forecasts.

The man who spotted the 2008 U.S. housing bust and subsequent Great Financial Crisis (GFC) has warned throughout 2022 that a U.S. recession is inevitable and a global stagflationary debt crisis will follow.

This week he broke down how that might affect stocks, reiterating calls for a sharp drop in the S&P 500, despite the blue-chip index’s recent rebound from its October low.

“In a short and shallow recession, typically, from peak to trough the S&P 500 falls by 30%,” Roubini told Bloomberg. “So even if we have a mild recession…you’ll have another 15% leg down.”

“If we have something more severe than a short and shallow recession, but not as severe as the GFC…you have another 25% downside potentially,” he added.

Roubini warned that the first signs of the coming recession will be seen in credit markets, and particularly in the debt of “zombies”—companies that have taken on too much debt and rely on unsustainable business models.

The economist said that he believes the Federal Reserve will be forced to raise interest rates to 6% to fight inflation, forcing many zombies “into distress.”

“If we are going to enter a recession, lots of institutions…will have significant increases in debt servicing ratios. So you’re going to see distress in credit markets,” Roubini said, arguing that many zombies are already “effectively insolvent.”

Roubini said in a recent Project Syndicate op-ed that the era of the “financial Dawn of the Dead” is now over owing to the Fed’s inflation fight, but added in his interview with Bloomberg that it went on longer than it should have.

Zombie companies were bailed out during the COVID crisis, he says, by near-zero interest rates and quantitative easing—a policy where the Fed purchased mortgage-backed securities and government bonds to boost lending and investment in the economy.

“Before the COVID crisis, the Fed was writing financial stability reports saying their worry was about the corporate sector,” he said. “And what happened during the COVID crisis is those institutions, those corporations, not only didn’t go bust, but they were bailed out…and they borrowed even more.”

Private- and public-sector debt as a share of global gross domestic product has soared from 200% in 1999 to 350% in 2021. And in the U.S., nonfinancial corporate debt hit a record $12.5 trillion in the second quarter of this year, according to Federal Reserve data.

In his new book, MegaThreats: 10 Dangerous Trends That Imperil Our Future, and How to Survive Them, Roubini warns about the potential for a debt crisis caused by rising interest rates and record public and private debt.

As interest rates rise, he argues that these debts will be unsustainable, leading to a global crisis unlike anything we’ve seen before.

“The mother of all stagflationary debt crises can be postponed, not avoided,” he wrote in his Project Syndicate op-ed.