Nouriel Roubini says markets aren’t close to done falling in this bear market. Brace yourself for another 20% lurch—at least 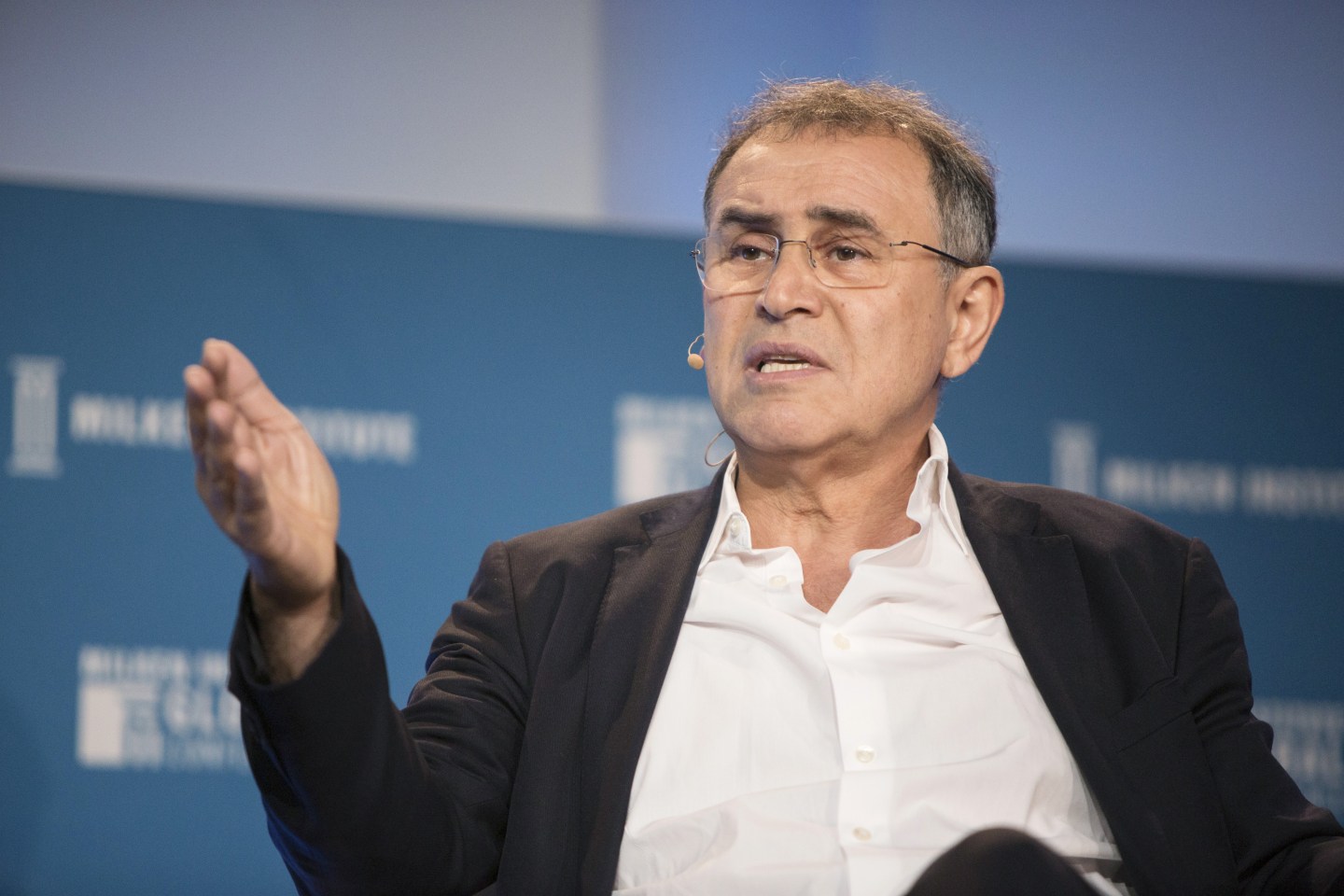 Dr. Doom himself sat down with Fortune last week, and he said there are two outcomes for the stock market: bad and miserable.

The S&P 500—an index of the leading publicly traded companies in the U.S.—has been in free fall this year. It officially entered a bear market in June after sinking more than 20% from its previous high set in January. Although it has managed several small rallies since then, investors have warned that stocks overall are still in a downturn, and the bear market likely has months of life left in it. Nouriel Roubini, one of the few who accurately predicted the crash of 2008, told Fortune that stock watchers shouldn’t get their hopes up.

With most bankers and economists predicting a U.S. recession is likely next year, the stocks may have even further to fall. Roubini, an economics professor at NYU and former White House and Treasury official, was speaking to Fortune to mark the release of his new book, “Megathreats,” which paints a picture of the many economic challenges facing the world right now.

“If this recession were to be between a plain, vanilla garden variety one and the GFC [Global Financial Crisis]…then the markets would be falling 40%,” Roubini told Fortune in a recent interview. “Now it’s down only 20% so we have another 20% to go.” Most bankers and economists have so far congregated on a 20% drop as the most likely.

The veteran economist is quite convinced that a recession is on the way, one potentially bad and prolonged enough to combine the worst elements of the 1970s oil shocks and the global financial meltdown of the late 2000s.

There is another possibility, he added, when asked about legendary investor Stanley Druckenmiller’s scenario that stocks would be “flat” for the next decade.

“We might be closer to a period like we saw between 1973 and 1982, where stocks dropped and stayed very, very low for a long time,” Roubini said.

Roubini was referring to the weak performance and near-zero growth of the U.S. stock market during the 1970s, when the economy was being rocked by stagflation—the colliding forces of slow growth and high inflation, which at the time was sparked by a global energy crisis. Stagflation is threatening to make a return during the next recession, and if it does the market could enter a similar flatline state, according to Roubini.

“Stocks have to go much lower than the current level before they flatten out,” he said, adding that the market rallies that followed the 2008 financial crash and the recession induced by the COVID-19 pandemic in 2020 are unlikely to come to the economy’s rescue this time around.

Much will depend on how far the Federal Reserve goes to clamp down on inflation, as investors continue to grapple with fast-rising interest rates from the central bank. The Fed approved its sixth interest rate hike of the year last week, bringing the target for the benchmark federal funds rate to a range of 3.75% to 4%. Rates haven’t been at this level since 2008, but with the Fed its work is far from over; higher rates could drag down the stock market even more.

“A rise in rates from where they are to about 4.5% will produce about a 20% negative impact on equity prices,” billionaire investor and hedge fund manager Ray Dalio wrote in a September LinkedIn post. J.P. Morgan CEO Jamie Dimon also warned last month that the market could fall another “easy 20%” from current levels, and that it could conceivably plunge a further 30% in the event of a “tough recession.”

The stock market is cyclical and a decline during a recession is inevitable. What may matter more to investors is how long markets take to pick themselves back up, but if the next recession is as bad as Roubini says it might be, it could be a long time before markets return to their previous peaks.

In the aftermath of the 2008 market crash, the federal government was able to funnel what was at the time an unprecedented fiscal stimulus package to support states and businesses, but Roubini warned that the U.S. economy will not likely be able to resort to the same measures for the next recession given the government’s record national debt, which last month topped $31 trillion for the first time.

Roubini said the performance of the stock market is not the most important economic factor to consider for most Americans, noting that the vast majority of stock market value is held by a small portion of high-income Americans. However, the chances of a lengthy market decline and the potential return of stagnation also led him to say that a “long-term crash” and a “variant of another Great Depression” could not be ruled out yet.